Nora Volkow, the director of the National Institute on Drug Abuse (NIDA), authored an editorial for BMJ this month warning that the opioid abuse epidemic could have dangerous consequences for pregnant women. While the effects of opioid exposure on the developing brain are yet unknown, research suggests that infants may suffer from withdrawal syndrome, nervous system defects, and impaired attachment with the mother.

“The steep increase in the number of opioid prescriptions dispensed in the United States has been associated with a parallel rise in their misuse, fatal overdoses, and heroin use.” 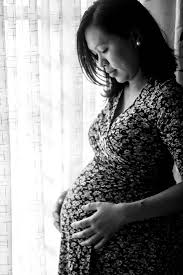 Recent studies reveal that there has been a substantial increase in the number of babies born in the US suffering from drug withdrawal, or neonatal abstinence syndrome (NAS). “In the US, between 2000 and 2009, the incidence of NAS increased from 1.20 to 3.39 per 1000 live births, and between 2004 and 2013 the total percentage of days spent in intensive care because of NAS increased from 0.6% to 4.0%.”

Volkow suggests that the reported increase in NAS is likely a consequence of the opioid abuse epidemic and the increasing prescription of opioids nationwide. She points out that between fourteen and twenty-two percent of women receive an opioid prescription while they are pregnant.

While there is currently not enough research on the effects of opioid on fetal development, Volkow points out that current research being done on rodents suggests that exposure is linked to defects in the central nervous system and that the disruption of the natural opioid system can disrupt the attachment between the mother and baby.

“The lack of scientific information on the effects of opioids on fetal brain development, combined with their known association with NAS, indicates that opioids should be reserved for pregnant women with severe pain that cannot be controlled through more benign means, and ideally limited to a short-term use.”

Benzos: Making Heroin Withdrawal Look Like a Piece of Cake