My Comment on Docket No. FDA–2014–N–1210, about the FDA’s Proposed Order to Reclassify the ECT Device for Treatment-Resistant Depression

In December 2015, the FDA issued “a proposed administrative order to reclassify the electroconvulsive therapy (ECT) device for use in treating severe major depressive episode (MDE) associated with major depressive disorder (MDD) or bipolar disorder (BPD) in patients 18 years of age and older who are treatment-resistant or who require a rapid response due to the severity of their psychiatric or medical condition, which is a preamendment class III device, into class II (special controls) based on new information.”

On March 27, I submitted my comment on that proposed rule to the Federal Register’s Docket No. FDA–2014–N–1210. On April 4, I received an email message from an FDA representative stating, “We have received your comment. Comments do not always post immediately, and if your comment contained information that appears private or confidential, it may not be posted publically.”

The following is an excerpt from the comment I submitted, which was not posted on the docket.

I lived through forced ECT from 2005-2006 at the Institute of Living in Hartford, Connecticut. My experience with ECT was the impetus for me to become involved in the antipsychiatry and Mad Pride movements, although I am not entirely opposed to voluntary mental health treatment. Below are links to articles I have written about my experience and summaries of several references of the harms caused by ECT.

I take issue with the psychiatric term “treatment-resistant depression” (TRD). There seems to be some ambiguity about an exact definition for this term, although one article states: “While there is an absence of formal diagnostic criteria, proposed features of TRD have evolved over time, with broad agreement that TRD is characterized by (i) the syndrome of unipolar depression; (ii) the failure of antidepressant medication, which has been defined either categorically, for instance the failure of at least two antidepressants from different pharmacological classes, or according to increasing levels of resistance; (iii) each antidepressant medication trial being adequate in terms of dose; duration; compliance and tolerability; and (iv) the absence of physical illness or psychosocial dysfunction, which should be the primary focus of treatment” (Wijeratne & Sachdev, 2008, page 752).

Defining TRD as the failure of two antidepressants involves some assumptions, such as that antidepressants should be effective for every patient in clinical depression and that they are the only appropriate and effective first-line treatments for it.

The FDA should also consider whether the psychiatric definition of the term “treatment-resistant depression” would hold up under scrutiny in a court of law, such as in the possibility of an involuntary patient diagnosed with TRD filing a lawsuit against their psychiatric prescriber over whether the term is valid. Even if one only considers traditional psychiatric antidepressants, there are other classes of drugs that can be used and an array of differing talk therapies. Doctors may have referred to me as treatment-resistant during my first two hospitalizations, after having been given first paroxetine and then citalopram long-term. Neither helped me much, and now there is more scientific evidence that paroxetine can contribute to suicidal ideation and behavior (Le Noury et al., 2015). [Note: I was not on multiple SSRIs at the same time. I was on paroxetine first in 2005, withdrew from it, had some breakdowns likely contributed to by the withdrawal, and was later prescribed citalopram.]

Although I was twenty-two during my first serious suicide attempts, I consider myself to have been not that far in mental maturity from adolescence, an age group in which there is now agreement that paroxetine has an increased chance of worsening suicidal feelings. My depression has never been a melancholic or listless depression, but an agitated, angry, and impulsive. [It’s possible this was partly drug-induced akathisia, but I remember having the anger and agitation issues before taking any antidepressants. My impulsivity may have worsened after being on a SSRI, though.] I also now believe I have traits of borderline personality disorder. The point has been made before by others that the nature of depression differs between individuals (as the diagnosis of MDD is not carried out using a valid biomarker) and, therefore, treating depression often involves individual trial and error with medications or other types of mental health treatment.

Dialectical behavior therapy (DBT) was introduced to me after my second suicidal hospitalization. However, it was offered to me only after my forced ECT and in a rather casual manner, as if it were a secondary treatment. At that point, having experienced the trauma of forced ECT, which only increased my antagonism to the medical professionals treating me, I had little interest in working on DBT or any other treatment they offered. It wasn’t until a few years later during a partial hospitalization program through a different institution that specialized in DBT that I began to take this type of therapy seriously and benefited from the parts that I found helpful.

Docket No. FDA–2014–N–1210 admits that some patients may experience the side effects of worsening psychiatric symptoms due to ECT’s ineffectiveness (page 81227), but it also shows a lack of acknowledgment of how ECT can directly or indirectly cause a worsening of psychiatric symptoms. Not only can ECT cause side effects of memory loss and cognitive impairment, but many people have reported that these side effects contribute to their psychological or emotional distress. In addition, many have reported distress upon undergoing the procedure of ECT, followed by posttraumatic memories, flashbacks, and nightmares about the procedure, particularly if it was involuntary.

While there have been many studies on ECT, some aspects of the treatment have had little scientific study but are evidenced by many subjective patient accounts–emotional trauma caused by ECT is one such aspect.

I take issue with assumptions that ECT has little risk of death, aside from the general risks of anesthesia. An article in The West Australian reports that involuntary psychiatric patient Stephen Robson died March 28, 2012, less than an hour after receiving ECT at the Alma Street clinic in Fremantle (Pownall, 2015). The article is unclear about the exact manner of death but indicates that he jumped off the building, saying, “CCTV footage showed Mr. Robson entering a lift and traveling to the fifth floor. He walked through entry/exit doors as a medical student entered using her swipe card. Minutes later, Mr. Robson was fatally injured on Hampton Road.” While I understand that it is speculative of me to believe that this man committed suicide because forced ECT exacerbated his distress past the tipping point, it is equally speculative to assume ECT did not contribute to him committing suicide. Even his physicians may not have recorded his true feelings about the treatment in his medical records, as I know my medical records did not record most of my feelings about my ECT during my hospitalization. There were even misleading statements written in my medical records.

In another recent case of death shortly after ECT, 71-year-old Elsie Tindle went into a permanent epileptic seizure after her ECT this year and the autopsy concluded she suffered irreparable brain damage (Prince, 2016). She was an involuntary patient at a hospital in Sunderland, United Kingdom.

As I stated previously, some aspects of ECT have had little or no scientific study and these questions deserve to be researched just as other issues of the treatment have.

Are there differences in outcomes and attitudes between patients given voluntary ECT and those forced to undergo involuntary ECT?

Are patients who experience adverse effects less likely to report their experiences or feelings to their mental health professionals? Are they reporting such feelings to other parties instead?

I have heard and read many firsthand and secondhand accounts of people who had ECT whose subsequent cognitive problems made it much more difficult for them to return to work. Some people have said they lost skills that were key to their employment, such as being able to read music.

I believe I have some cognitive impairment that negatively affects my social functioning, the speed at which I can learn, and my ability to remember information. Just because my cognitive reserve is high enough to manage these symptoms – for the most part – it is not proof of their non-existence. I’m unsure of whether the impairment is due to my injuries, depression, medication, or ECT, but I believe ECT is a major contributing factor.

Authors Note: I am not endorsing any medication, screening for mental disorders, or the idea that fuzzy diagnoses such as bipolar disorder are accurate. But I still take a SSRI, a mood stabilizer, and some other medication. I’m a regular reader of MIA, and I’m aware of the risks of the medications I take. I honestly wish I had never been referred to a psychiatrist as a teenager and that I had never agreed to start taking prescription psychiatric medication, especially a SSRI. I have tried to withdraw from prescription medications several times, but I feel that they’ve permanently changed my biology in ways that make it almost impossible to withdraw from them now. For instance, I can no longer get to sleep without quetiapine, even though I’ve tried tapering and OTC alternatives. 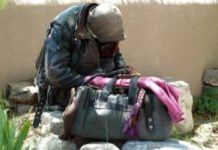 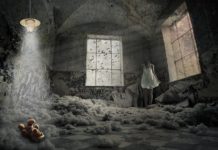 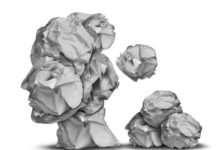