I was first given Lithium Carbonate in the spring of 1984, and I was taken off Lithium by my attending physician in 1996. I took this pill faithfully the entire time and also willingly went to my regular blood draws whenever they were ordered. My level stayed at a perfect 1.0 — just as perfect as my college grades had been. A dose of four 300 mg capsules per day held me at this “therapeutic” level that was supposed to do something important — life-saving, they said, “as essential as insulin is to a diabetic.”

Unlike my grades, though, my blood level did not reflect new learning. Sadly, I never accumulated credits in the Mental Health System that led to graduation, nor a degree. Instead, it led me down the Yellow Brick Road.  I can’t say I felt much of a sense of accomplishment or exhilaration, unless I count the jokes I cracked each time the phlebotomist finished with me:

“You sure that blood is red? At least I’m not a fainter.”

“Don’t mix me up with anyone else by the same name!”

“You don’t drink that in your spare time, do you?”

If I could get them to smile, that was one brownie point I awarded to myself. Laughter got me two; a good day’s work.

I never got paid, though, unless you counted the pimples. For those I was paid handsomely. We all were. My face was like any Lithium Carbonate face, dotted all over with pimples like a field filled with poppies.  Our hands shook, too, a reminder that we would be weeded out or die before the tastier crops were reaped.

How many patients who took Lithium are still alive? Statistically one-third of those who ever took Lithium for an appreciable amount of time — even if taken off the drug — end up with so much kidney damage that they cannot survive.

I survived, though. I was taken off the lithium in 1996, but left on other drugs. It took me until 2012 to realize psychiatry is a sham. I try to warn other patients these days, although I must say it’s hard to joke around about something that kills people. Kidney disease is no joke. So often people tell me, “I don’t care what my life is like ten years from now. I only want to feel good now.”  I may have said the same thing twenty years ago. Now I have the hindsight to know that my viewpoint back then was juvenile at best.

This is what life is like for me, now that I have permanent damage to my kidneys from lithium, and damages to other organs as well. For one thing, I am constantly exhausted. Not just a little tired, but so tired that I feel like I am nodding off while standing in the grocery line and while standing waiting for a bus. I nearly fell over today at the bus stop. It is a constant battle, and it never lets up. For many years now I have not enjoyed one single moment of feeling rested.

One reason for this is that kidney disease leads to poor blood quality. Imagine your red blood cells gasping for air all day long, and unable to do their proper work to transport fuel energy around your body. They are so exhausted that they become malformed. Your kidneys never filter properly, they keep in too much, or let out too much. Mine let out too much water so my body’s need for water is six times that of the average person, much more during summer. An ultrasound revealed kidneys that are so tiny they were confused with my ovaries.  I can barely sleep at night.

This means that whenever I go out, I need to either carry water or find drinking water fast if I need it. Sometimes I go for hours desperately thirsty. My bladder fills quickly and by the time I get to a bathroom, peeing out two liters is not uncommon.  It also means that although my brain always was — and still is — intellectually well-equipped as I was born highly intelligent, the fatigue and constant dragged-down exhaustion that nags at me daily prevents me from working full-time. I cannot sit nor stand for long periods. I often snap at people, feeling intolerably tired and at the end of my rope.

Since my kidneys cannot filter well, my skin does much of the work. The substances in my blood such as minerals and acids that are supposed to go down the toilet now come through my sweat pores. Unfortunately, my sweat is now so acidic that it stings me. This means that my skin literally burns and itches so badly that I am dying to take my clothes off, even in public. I can’t do that, though, unless I want to end up in the nuthouse again.

Every day I rush home, slam the door shut, and, making sure no one is looking, I peel off my clothes as fast as possible. I angrily throw them into a heap. I can’t help it. I don’t want to be so angry, but that’s how I feel, and no one should have to see me tossing my clothes like that.  I wish I could cry or scream, but I won’t go that far, nor will I do stupid “coping skills” since I know my anger is well-justified. Every single one of my doctors knew about the harms from Lithium.  These harms have been known for decades. This is not my opinion. This is established fact; not even debatable.

“Why did I take those pills?” I ask myself. “Why don’t those doctors that gave them to me at least apologize? Why was I so stupid to believe all that nonsense about chemical imbalance when it wasn’t even true?” But I rarely cry. Sometimes I lie down to reduce the swelling in my feet and legs. Or simply because I am so tired I cannot fight it anymore.

I got off Facebook since I had nothing positive to say anymore. Every time I tried to warn other people about psychiatry I got blasted by “nice” people telling me how great their doctors were. That kind of blind faith made me feel like vomiting.

This is my life at 58. I hope circumstances will be better if I find employment, since having a job will be a step away from the voiceless position I find myself in now. I hope to find others who value me as a human being enough to meet with me for coffee now and then.

Doctors are not gods. They cannot fix your life or your marriage. They sure did not fix my eating disorder. Most psychiatrists only jeered at me repeatedly.  Psychiatry killed many of my friends. Please do not look to these fake doctors for answers.

There are no real cures on that Yellow Brick Road. You will find that the Wizard is a humbug.  Yet if you have traveled such paths, as I have, it is still never too late for us.  Listen, as we repeat, in response to the man behind the curtain:

I know now that it won’t take Rocket Science, nor magic pills nor all the gold in the world nor wizardry to answer our prayers, our longing, and our angst. We need love, patience, understanding, listening, and caring.  We do not need to fly up in the air in a hurricane, nor stick our heads in the clouds.  We are fine just the way we are, right here on the ground.

Written in loving memory of all those who died before their time from psychiatric drugs and similar assaults. 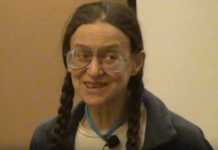