Over the past few years, many of you have heard me and other professionals describe how smartphone use, and the technologically immersive culture in general, are associated with a multitude of negative outcomes. Whether it be sleep woes, increased anxiety, cyberbullying, rampant pornography exposure, or declining social skills, it is clear that the outcomes don’t look anything like the sexy, sophisticated commercials that tech companies like to use.

Yet although many of us have focused our attention on concerns about youth development, a recent article in the Wall Street Journal reminds us that threats cut across all ages, but begin with our minds. Ever since the first iPhone was released in 2007, researchers have been looking at how smartphones are affecting our intellect, which roughly stated involves our ability to pay attention, retain/recall information, and problem-solve/reason. Although advertisements profess that these remarkable technological innovations will only make us smarter and more efficient, the evidence indicates quite the opposite. In the words of the WSJ author, “research suggests that as we grow more dependent on them, our intellect weakens.”

Although the article reviewed many findings, the major themes were as follows:

As with a number of other articles and studies published in many well-respected journals and publications across the world, we might expect that there would be a reasonable response to an overwhelming body of evidence that our tech usage patterns must be altered or consequences will only become more dismal. Yet as we are learning, trends seem to be running contrary to what the advice begs us to consider. From an objective, rational sense, it is hard to understand how this would be the case if we truly value our health and well-being, and that of our youth.

But when it comes to smartphones, it appears that two major factors have impeded much progress in the short time they have taken over. One, the immediate experience, convenience, and “perception of security” that they provide appears to have trumped all other considerations, including that of whether they (and the related usage patterns) are actually “better” for our health and well-being. Although authors such as me might repeatedly point to serious concerns about their usage, the fact (as noted in the WSJ article) is that the average iPhone user looks at their device over 30,000 times in a year. What this means is that the device in your hand or your pocket ends up seeming more important to your life than gradual changes in the way you think, feel, move, act, and relate to others. Put another way, the more we use and depend on our devices, the more that we simply feel we can’t do without them, even if it is draining our brains and our bodies.

The second factor is that with increased dependence have come weak (albeit well-intentioned) recommendations and the noble yet ill-informed “free will” argument. In regard to the former, it is easy to forget that it was just a decade ago that most people didn’t have a smartphone at all; it was just a couple of decades ago that most people didn’t have any mobile device (and you should see the shock on students’ faces when I tell them this). For the generations of today, it seems almost implausible that life could have even survived before the dawn of Apple. But it did, and by many standards, it did so quite well. Yet with the rapid, dramatic infusion of tech dependence have come recommendations that are well-intended but frankly weak in substance, support, and reality-testing. Additionally, I have yet to have a parent describe a good reason that their youth needs a smartphone and is healthier, happier, and holier with one. I know some parents think I am overblowing concerns and some parents just like the convenience of the devices for their youth, but not a single one has tried to convince me that a smartphone is better for their kids. And yet, 80-85% of middle schoolers have one and kids continue to get them even younger.

In regard to the “free will” argument, I have heard multiple writers argue that we just have to “buck up” and make better decisions and not let the technology control us, but us take charge of the technology. Sounds great, and those that know me would be the first to say that I greatly value personal discipline, self-control, and taking control over our machines. But I have a question. How is the tech-self-control experiment working, especially for our youth? If we are honest with ourselves, the answer is “horribly.”

It is not just me and the research saying this. It is parents, teachers, administrators, counselors, and many other people I have spoken with that are strained at the seams in trying to deal with problems that are directly linked to tech use. The reason problems exist isn’t that many people don’t have good intent or don’t wish that their devices were assets, not drains. The reason is that we HUGELY underestimate the power of our unconscious and are way too prideful in thinking that we can have it all under control, and we teach our kids to do the same. Few of us believe that our 14 year olds are ready to drive. Why do we believe that they are ready to manage a device that is like a superhighway for their minds? As most any person who has struggled with a substance or behavioral addiction will tell you, if you bring it in the house and walk around with it in your hand or in your pocket, it is only a matter of time until you will yield to its temptation. Tech companies spend upwards of billions of dollars to make their products addictive; the idea that adults (and youth especially, with brains yet fully formed) should be able to just “summon their free will” and make it all better without making substantial, systemic changes is the same argument that is failing the obesity crisis right now.

Ultimately, it is a question of what we all value most, and what we don’t. The choice is looming and the costs of our decisions (or non-decisions) will be great. I just hope that a revolution of sorts, a real harkening to the needs of health and humanity is on the way, because my kids and I are getting tired of seeing falsely hyped tech ads on TV without the fine print. 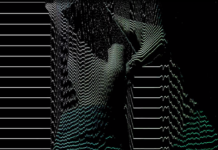 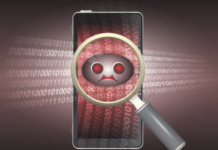 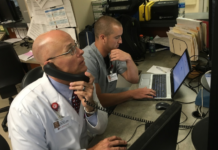 When Doctors Struggle With Suicide, Their Profession Often Fails Them