On February 14, 2017, the very eminent psychiatrist Allen Frances, MD, published a letter in the New York Times.  The main points of Dr. Frances’s letter are:

Seven months later (September 2017), Dr. Frances gave an interview to Mary Elizabeth Williams. The interview was published on ALTERNET, and it restated and reinforced the points made in the letter to the New York Times. Here’s a quote from the interview:

Clarification: This post is not about Donald Trump. Rather, it is about the invalidity of the concept of mental illness.

Let’s start with the quote from the ALTERNET interview:

Obviously, the word “bad” in this kind of context is value-laden, and as such defies formal definition. But for the sake of discussion, let’s set that issue aside, and let’s think of “bad behavior” as “behavior that attracts widespread disapproval,” or “behavior that harms others,” etc.

Essentially Dr. Frances is drawing a sharp line between mental illness and “bad behavior.” But, in reality, “bad behavior” is formally classified as a “mental illness,” and has been listed as such in successive editions of psychiatry’s Diagnostic and Statistical Manual (DSM).

Here are the criteria for conduct disorder as set out in Dr. Frances’s very own DSM-IV (1994):

“A. A repetitive and persistent pattern of behavior in which the basic rights of others or major age-appropriate societal norms or rules are violated, as manifested by the presence of three (or more) of the following criteria in the past 12 months, with at least one criterion present in the past 6 months:

Aggression to people and animals

(1) often bullies, threatens, or intimidates others
(2) often initiates physical fights
(3) has used a weapon that can cause serious physical harm to others (e.g., a bat, brick, broken bottle, knife, gun)
(4) has been physically cruel to people
(5) has been physically cruel to animals
(6) has stolen while confronting a victim (e.g., mugging, purse snatching, extortion, armed robbery)
(7) has forced someone into sexual activity

(10) has broken into someone else’s house, building, or car
(11) often lies to obtain goods or favors or to avoid obligations (i.e., ‘cons’ others)
(12) has stolen items of nontrivial value without confronting a victim (e.g., shoplifting, but without breaking and entering; forgery)

(13) often stays out at night despite parental prohibitions, beginning before age 13 years
(14) has run away from home overnight at least twice while living in parental or parental surrogate home (or once without returning for a lengthy period)
(15) is often truant from school, beginning before age 13 years
B.  The disturbance in behavior causes clinically significant impairment in social, academic, or occupational functioning.
C.  If the individual is age 18 years or older, criteria are not met for Antisocial Personality Disorder.” (p 90-91)

So, conduct disorder, a “bona fide” psychiatric illness, listed and described in the DSM, consists essentially of “bad behavior,” by any conventional standards. DSM-IV elaborates considerably on the criteria items, for instance:

“Physical violence may take the form of rape, assault, or, in rare cases, homicide.” (p 86)

All of which would, I suggest, be considered “bad” by most people.

Here are the DSM-IV criteria for antisocial personality disorder:

“A. There is a pervasive pattern of disregard for and violation of the rights of others occurring since age 15 years, as indicated by three (or more) of the following:

B. The individual is at least age 18 years.

C. There is evidence of Conduct Disorder…with onset before age 15 years.

D. The occurrence of antisocial behavior is not exclusively during the course of Schizophrenia or a Manic Episode.” (p 649-650)

As with conduct disorder, DSM-IV elaborates considerably on these criteria, e.g.:

In addition to conduct disorder and antisocial personality disorder, there are many other “diagnoses” in DSM-IV in which criminal activity is an integral part of the presentation.

So it is clear that two of the so-called mental illnesses (conduct disorder and antisocial personality disorder) consist essentially of “bad” behavior, while in at least six others, “bad” behavior is an integral part of the problem.

Nevertheless, Dr. Frances assures us that: “It’s a great mistake to confuse bad behavior with mental illness.” And in the letter to the NYT: “Bad behavior is rarely a sign of mental illness, and the mentally ill behave badly only rarely.” Yet the DSM-IV section on conduct disorder states clearly:  “…for males under age 18 years, rates range from 6% to 16%; for females, rates range from 2% to 9%.” (p 88) And: “the overall prevalence of Antisocial Personality Disorder in community samples is about 3% of males and about 1% of females.” (p 648)

So these can hardly be described as rare “mental illnesses.” In fact, DSM-IV also states that conduct disorder “is one of the most frequently diagnosed conditions in outpatient and inpatient mental health facilities for children” (p 88) and that prevalence estimates for antisocial personality disorder within clinical settings “have varied from 3% to 30% depending on the predominant characteristics of the populations being sampled.” (p 648) Again, this is clearly not a rare problem.

The fact is that since DSM-III, every significant problem of thinking, feeling, and/or behaving (including criminal activity) is considered by psychiatry to be a “mental illness.” This spurious notion has been re-stated and promoted in all subsequent editions, including DSM-IV and DSM-IV-TR, of which Dr. Frances was the architect.

Within the fraudulent psychiatric framework, criminal activity is not only a “mental illness” in its own right, it is also a primary gateway to the psychiatric system, where a wide range of “treatable” concurrent disorders are “uncovered.”

“Individuals with Conduct Disorder are at risk for later Mood or Anxiety Disorders, Somatoform Disorders, and Substance-Related Disorders.” (DSM-IV, p 89)

“Individuals with this disorder [antisocial personality disorder] may also experience dysphoria, including complaints of tension, inability to tolerate boredom, and depressed mood.  They may have associated Anxiety Disorders, Depressive Disorders, Substance-Related Disorders, Somatization Disorder, Pathological Gambling and other disorders of impulse control.” (p 647)

Court-mandated psychiatric “treatment” is common throughout the USA, and within the prison community it is well-recognized that availing of psychiatric “care” and taking the pills as prescribed increases one’s chances of parole. Continuing with “treatment” after discharge is often a condition of early release.

In this context, it is, I suggest, deceptive of Dr. Frances to assert that one can and should draw a sharp line between “bad behavior” and “mental illness.” Within the psychiatric drug-pushing business, crime is a mental illness, and is routinely used by psychiatrists as justification for enrolling individuals into the psychiatric system, in which they often remain enmeshed for years, decades, and even for life. 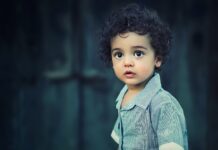 Transition into Poverty May Worsen Child and Maternal Mental Health 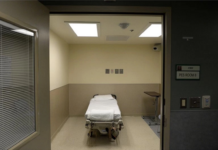