A new study, published in The Lancet Public Health, investigates the mental health effects of transitioning into poverty on children and their mothers. The results of the large-scale, longitudinal study with data from over 6,000 families in the UK, suggest that moving into poverty has negative mental health effects on both children and mothers. However, when mothers had less psychological distress, their children had fewer behavioral issues.

“Findings from our study indicate that increases in child poverty in the UK are likely to negatively affect child and maternal mental health, independent of employment transitions and other important confounders,” write the researchers, led by Sophie Wickham, postdoctoral research fellow in the Department of Public Health and Policy at the University of Liverpool.

With 19% of UK children living in poverty, the authors write, “Child poverty is an important risk factor that might partly explain poor mental health outcomes in UK children.” In fact, research shows that children who are socioeconomically disadvantaged are 2-3 times as likely to experience mental health challenges. Studies have also found links between poverty and chronic pain, cognitive function, and mental illness in adults, and brain changes in children.

Although research has found that improvement in financial resources is linked to children’s improved mental health, there is a lack of studies investigating the impact of becoming impoverished on mental health in children. Therefore, the authors sought to “assess whether or not movement into poverty during a child’s early life is relevant for children’s and mothers’ mental health.”

The authors collected data from the UK Millennium Cohort Study. Children who were born between September 2000 and January 2002 were included in the study if they had not experienced mental health problems or poverty before their 3rd birthdays. Surveys were conducted at 9 months and 3, 5, 7, and 11 years. As a proxy for mental health, the authors measured children’s socioemotional behavioral problems and mother’s psychological distress. The authors defined poverty “as household equivalised income of less than 60% of national median household income.” A total of 6,603 families were included in the study. The authors report:

The researchers find that children who experience a transition into poverty are 1.41 times as likely to display socioemotional behavioral difficulties. “Male sex, young maternal age, the mother not being in employment, and the mother having a previous diagnosis of depression were associated with greater odds of child socioemotional behavioral difficulties,” write the authors.

Mothers who transitioned into poverty were 1.44 times as likely to experience psychological distress. “Non-white ethnicity, not being in employment, being a single carer, and having a previous diagnosis of depression were associated with increased odds of psychological distress in mothers, whereas being an older mother at the child’s birth and having a female child were protective,” find the authors.

These results provide further evidence that childhood mental health concerns may be reduced by providing financial and economic resources that decrease poverty rates and support mothers who are financially disadvantaged. The authors recommend continuing policies in the UK that provide tax credits to families in poverty. They conclude, “Our findings reinforce the need to maintain an income-based measure of child poverty and use it to monitor trends and the effects on health of policies that affect children’s lives.” 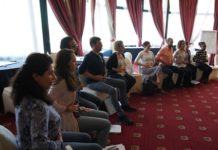 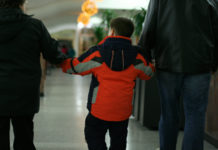