This week, we interview Laura Delano. Laura is Co-Founder and Executive Director of the Inner Compass Initiative and The Withdrawal Project, which aim to create safe spaces for people to connect and the opportunity to learn about and be guided through the process of getting beyond the mental health system and off psychiatric drugs.

The passion she feels for the mission and vision of ICI arises from the fourteen years she spent lost in the mental health system and the journey that she’s been on since 2010, when she chose to leave behind a “mentally ill” identity and the various treatments that came with it, and gradually began to rediscover and reconnect with who she really was and what it means to suffer, struggle, and be human in this world. 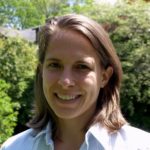 Since becoming an “ex-patient,” Laura has been writing and speaking about her personal experiences and about the broader social and political issues sitting at the heart of “mental illness” and “mental health.” Since 2011, she has worked both within and beyond the mental health system.

In the Boston area, she worked for nearly two years for a large community mental health organization, providing support to and advocating for the rights of individuals in emergency rooms, psychiatric hospitals, and institutional “group home” settings. After leaving the “inside” of the mental health system, she began consulting with individuals and families seeking help during the psychiatric drug withdrawal process. Laura has also given talks and workshops in Europe and across North America, facilitated mutual-aid groups for people in withdrawal, and organized various conferences and public events such as the Mad in America International Film Festival.

In this interview, we got time to talk about Laura’s personal experiences of the mental health system and what led her to co-found the Inner Compass Initiative and The Withdrawal Project.

Anatomy of an epidemic by Robert Whitaker