Characterizing people who struggle with mental problems as “psychiatric patients,” “mental patients” or “mentally unstable” can make them feel particularly unhappy. After they have been hospitalized for the first time they typically face drastically different social expectations. This new life may bring new social roles to the individual, where the self before the first psychiatric diagnosis and the self after the diagnosis differ greatly.

During the stay in the psychiatric institution, the patient would experience something that sociologist Erving Goffman called “the mortification of the self.”1 Goffman analyzed asylums as “total institutions,” whereby there is no clear line of division between work and free time. The purpose of institutionalized pressure in asylums is to constitute a new kind of identity which is “normalized” so that patients can go back to the “real world” from which they had previously been expelled. Further, the individual is stripped of social support and meaningful human relationships, so her previous identity is being erased during the time spent in a total institution: the mortification of the self is done via a series of humiliations and degradations by which the patient is disciplined.

“The mortification of the self” happens in parallel to the creation of a new identity—the identity of a psychiatric patient. The erasure of the civil self, which existed before the hospitalization, is supported by the administrative procedures, such as taking fingerprints, measuring and taking photographs. These procedures have a common goal to standardize the individual into an administrative unit, so that the unit can then be effectively controlled.

The new identity will be very restrictive in comparison to the identity before the hospitalization. During their stay, inmates of the closed psychiatric ward are constantly supervised and their behavior is watched all the time by the medical staff. Newly-admitted patients have to discover what kinds of behaviors are desirable and adaptive, and what kinds of behaviors are non-desirable and non-adaptive. When the process of hospitalization is over, the patient will hopefully realize that they need to control their behaviors with their own will and therefore internalize supervision of their thoughts, emotions and actions in some sort of panopticism (Foucault, 19952). Panopticon is a type of institutional building, typically a prison, where a single watchman can observe all the inmates’ cells: the prisoners are in their cells on the circumference, while the officer is in the center of the circle. This is also a very effective system of social control because the prisoners, knowing they are being watched all the time, eventually internalize supervision and gradually begin to surveil themselves, even when they are not watched by the officer.

Foucault’s idea that disciplinary power is transforming (in a very subtle way) observation into self-observation seems self-explanatory in the case of psychiatric patients. The psychiatric patient begins to realize the seriousness of his or her terrible “sin” and moral deviation during the time spent in the psychiatric institution. Psychiatric discourse gives a new outlook on one’s own identity too. Having a psychiatric diagnosis means that we now know that something is “wrong” with the person and we must undertake certain actions in order to make the person believe in that too. In other words, disciplinary power is always restrictive, prescriptive and normalizing—it must always stand in opposition to the object which is being normalized and then it must emphasize/strengthen the anomaly of the object, further justifying such normalization (Foucault, 20063). Once labeled as deviant, the person will be stigmatized by society. This stigmatization can create lots of problems and add weight to the already onerous burden of mental problems and unusual states of mind that the person experiences. It can also pave the way to internalizing public stigma.

Self-stigma is created when people who have been labeled as “mentally ill” internalize the experience of stigma, experiencing low self-esteem and low levels of self-efficacy.4 By internalizing stigma into self-stigma, one adopts the opinions and attitudes of his or her social surroundings, which negatively effects their self-esteem and quality of life.5 This process of internalization shows that people are very much affected by the views and attitudes of others. How we construe our identities is not separate from how others see us. Identity is created and constituted in the intersubjective space between people.6 7 Therefore, the problem lies exactly there—it seems that the society as a whole (or at least, modern societies) treats users of psychiatric services with a sense of reprimand/rebuke for the moral deviation which they represent.

My research showed that this harsh treatment might have a strong impact on psychiatric users and the ways in which they understand themselves (Musicki, 20188). After the user of psychiatric services comes out of the hospital, he or she comes to understand that social expectations have changed. The individual in question will be seen only as a “psychiatric patient” and nothing else. The person will be preemptively construed9 as a “mad person” or a “mental patient” so all their behavior will be interpreted in that manner—as the behavior of a madman. In some cases, the specific diagnosis of schizophrenia defines the person in their entirety. The person is “schizophrenic” and nothing else. Hence, everything that he or she does is seen as an act of a schizophrenic that should be taken with a cautious attitude and suspicion.

Before the first psychiatric diagnosis, psychiatric users saw themselves through many core roles based on which they built their sense of identity: for example, as a Good Father, Dancer, Loving Husband and Engineer. These core roles posed a good foundation for seeing themselves as functional individuals and members of society. But after the first psychiatric hospitalization, stigma began to be internalized into self-stigma, so the narrative of mental illness occupies master status in the lives of psychiatric patients.10 We might say that the self becomes monolithic and solidified, thus not having the possibility of being fluid and dynamic as before. Soon the user of psychiatric services reacts to stigmatization by becoming more distant and separate from the society, retracting themselves from friends and family. The isolation and loneliness they feel is exacerbated by guilt, remorse and hopelessness. In addition, psychiatric users spend a lot of time regretting and bemoaning because they cannot change the chain of past events which, in their opinion, had led to mental illness and psychiatric diagnosis.

In my research, psychiatric users often report that they experience a proliferation of psychotic symptoms, such as hallucinations, in response to isolation and internalizing stigma. In parallel to distancing themselves from psychiatric patients, other people will stigmatize psychiatric patients even more, which leads to self-imposed guilt and remorse, which then leads again to the internalization of stigma. This is how the vicious cycle continues, as it strengthens itself over the course of time: the more one internalizes stigma, the more she will distance herself from her social surroundings; the more she distances herself, the more she will experience proliferation of symptoms; and the more symptoms are visible and present, the more others will stigmatize and “force” the person into further isolation. One of the ways to break out of this vicious cycle is to observe one’s own behavior, recognizing which thoughts and emotions might be seen as pathological or identifying them as “symptoms.” In that way, normalization of the person to their social environment will soon lead to better social functioning, hence the person will adapt to their social surroundings, decrease social deviation and might even end isolation.

My research also showed the importance of civil society and volunteering organizations that provide venues where psychiatric patients can gather and socialize. By having a strong social support system and daily interactions with people who have similar problems, users of psychiatric services can find a way out of the self-stigmatizing cycle and new ways to recovery. This is also a way out of preemptive construing of themselves as “psychiatric patients” and nothing else. To have new friends who understand their suffering can allow them to understand themselves from a different perspective. Now the psychiatric user can connect to other users as human beings and experience the full spectrum of emotions that arise through interactions. Recovery is usually associated with the new identity of “the user of psychiatric services,” in which self-determination and agency are greatly emphasized. Instead of being just “psychiatric patients” or “mentally ill people,” the term “users of psychiatric services” implies an ability to make their own decisions and demand to be treated as human beings with dignity in relationship to psychiatrists and society in general.

The road to recovery can be rocky—and it usually is—but it is always somehow connected to the reduction of stigma. Recovery as a unique change of attitudes, values, emotions, goals, skills and roles11—not seen as simply going back to premorbid state—is much more than simply taking meds and trying to survive. It can be a path to personal growth where the experiences labeled as “mental illness” have a significant place in the unique life story of a person, and that place has a deeper meaning which should be explained and understood. It might also mean going to the psychiatrist’s office regularly and taking meds every day, trying not to think too much about the “symptoms” and finding joy in life in things like family. But recovery can also mean a new sense of purpose and new identity being formed in fighting against psychiatric power: social engagement, civil activism and so on. It can mean lots of things to different people. However, the common denominator behind all of these attempts is that people who start on the road to recovery have a higher sense of agency, self-determination and basic human dignity.

Let’s pause here for a moment. Human dignity should be something that we all share. What makes us human is our ability to recognize humanity in another person. We should not deprive other people of that basic sense of dignity; neither should we castigate them for the “sins” that they committed while they were having symptoms (a time they often describe as “a trance-like state” or “when my behavior was completely out of control”). Instead, we should try to understand them and help them. Just carefully listening to their stories is a good start. The most important thing to have in mind is not to lose patience, especially during potential setbacks. Human beings can overcome many hardships and psychological distress if they are together. All of us, professionals and users of psychiatric services, must direct our efforts towards creating a better system and a more just society that will serve people better. I hope that this will become a valuable goal for our generation. 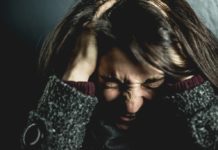 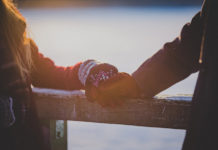 How “Schizophrenia” Helped Me Find My Soul Mate 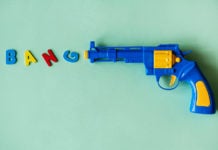