In July 2018, the British government issued an LGBT action plan. This came in response to the results of a nationwide survey of LGB and T people which indicated that, among many other things, 5% of LGB respondents had been offered conversion therapy and another 2% had received it. This prompted the government to include the outlawing of conversion therapy in Britain in their 75-point action plan for improving the lives of LGB and T people. There is overwhelming evidence that LGB and T people are at higher risk of experiencing mental distress, developing mental health and addiction problems and of self-harm and suicide than the general population. In Britain we are also likely to experience discrimination within mental health services. Given this situation, why have service user and survivor activists in Britain been relatively quiet about this form of psychiatric oppression in general and this specific campaign to ban conversion therapy?

LGBT organisations and mental health professional groups have been at the forefront of campaigns to outlaw conversion therapy and provide better mental health services for LGB and T people in Britain. In 2014, the Department of Health requested that the UK Council for Psychotherapy, along with a number of other mental health professional bodies, issue a consensus statement on ‘conversion’ or ‘reparative’ therapy. They were clear that it is unethical and wrong to offer “a treatment for which there is no illness.” This position originated from the mental health establishment and LGBT activists. So is there question about survivor activism on LGB and T mental health and treatment? To date there has been little engagement between the survivor and LGBT movements despite a shared interest in critiquing and resisting the normalization project of the psy disciplines — that is, psychiatry and psychology’s clinical categorization of what is ‘normal’ and ‘abnormal’ or ‘healthy’ and ‘sick’. A common and intersectional position is yet to be developed between the two movements and their organisations.

Why might this be? Myself and Helen Spandler have been conducting an archive study about the treatment of female homosexuality in UK mental health services from the 1950s. This builds on our previous work in this area and we hope it will make a contribution to the intersecting histories of LGBT and Mad oppression. Our research has prompted us to wonder, along with US historian Regina Kunzel, if the present situation may have been influenced by the tactics of 1960’s and 70’s lesbian and gay activists in their campaigns to declassify homosexuality as mental illness.

Campaigns to depathologise homosexuality involved, as Kunzel says, “efforts to distance homosexuality from the stigma of mental illness.” For example, during the 1960’s and 70’s lesbian and gay rights activists who campaigned for declassification presented themselves as ‘Gay, Proud and Healthy’, essentially arguing that ‘gay is normal and healthy’ as opposed to ‘gay is abnormal and sick’.  Whilst this strategy may be an understandable reaction to pathologisation, despite their best intentions, were these activists falling into a psychiatric binary trap in their campaigning arguments about who should be classified as ‘sick’ or as ‘well’? In 1965, leading American Gay Liberation campaigner Franklin Kameny wrote of this tension in the lesbian magazine The Ladder, saying:

Similarly, in Britain, to avoid psychiatric disqualification and advance political credibility, activists such as Jackie Forster from the Minorities Research Group also promoted homosexuals as mentally normal when she wrote, “we are not sick . . . our sexual orientation does not impel us to behave in such a way to injure or distress others.” Despite the momentously important outcome of this campaigning — the declassification of homosexuality as a mental illness — this tactic implied that people with mental health problems are abnormal or dangerous and that LGB people who experience mental distress should be strategically marginalised for the greater cause.

At the 1971 American Psychiatric Association convention, Kameny and other US gay liberation activists who were seeking to remove homosexuality as a mental illness from the Diagnostic and Statistical Manual (DSM) forced the organisers to let gay men and women speak for themselves on a panel called, ‘Lifestyles of the Non-Patient Homosexual’. Here, it is important to highlight the conceptualisation of the ‘non-patient’ homosexual. At the time much of the research on homosexuality was done on ‘patient populations’, which was seen as making gay people seem more ‘sick’, but in defining the ‘non-patient homosexual’ had gay liberation activists constructed a ‘sanist’ entity in their bargaining? Was the performance of psychological normalcy a condition of the liberation of LGB people from psychiatry?

Kunzel believes that one of the key problems lies with the campaigners’ use of a “single axis of oppression relying on the spoiled health of others” where “health is not just a desired state or self-evident good, but an ideology that mobilises a set of norms, prescriptions and hierarchies of worth.” Cat Fitzpatrick and Jijian Voronka writing on contemporary campaigns to depathologise trans identities and lives have urged trans activists to be careful not to “imitate gay activists in throwing mad people under the bus in the interests of respectability.” To paraphrase the lesbian feminist writer Adrienne Rich who wrote about the oppressive power of ‘compulsory heterosexuality’, do LGB people and communities also experience the oppressive power of ‘compulsory sanity’?

Given this legacy and context, it seems necessary to ask about the relationship of UK survivor movement’s to LGB survivor history and to the contemporary social and political struggles of LGB and T communities with psychiatry, therapy and mental health. The UK survivor movement has not had a prominent role in campaigning against the contemporary religious revival of therapeutic treatment for homosexuality, or in criticizing the homophobic treatment of LGB people in mental health services. There still isn’t an adequate critique of the oppressive power of heteronormativity as it relates to the ‘psy’ disciplines (as well as in society itself) from within the movement. Those who identify as lesbian, gay, bi or queer and mad inhabit an intersectional space between the two movements, and can be marginalised in both. However, we may now be entering into a new era of queer survivor activism and politics in Britain. There are an emerging number of survivor activists, many of them younger women, many of whom identify as queer and feminist, who are challenging the ‘borderline personality disorder’ and ‘emotionally unstable personality disorder’ labels. Activists are calling the labels misogynist ‘character slurs’. If you are non-heterosexual you may well be at higher risk of being given these labels. One of the diagnostic criteria is having ‘unstable’ self-image or sense of self, interpreted by some clinicians as being indicated by sexual orientation and gender identity. New and important questions about the psy establishment’s definitions of ‘normal and abnormal’ and ‘sick and well’ are being asked.

In 1965, Kameny said that gay liberation campaigners “must argue from a positive position of health.” There are now highly compelling reasons for collaborations to argue from a critical position on health, as conceptions of health rely on clinically, socially and culturally constructed normativities that continue to oppress and exclude. Regina Kunzel reminds us that “Disability and Mad Studies help us understand health not simply as an assertion of pride over stigma, but also as a project of normativity and exclusion.” Helen Spandler and Meg-John Barker have discussed some of the complexities and commonalities between the two radical disciplines of Queer and Mad Studies to explore potential shared visions between the two. Importantly, they explain that “both Queer and Mad Studies critique dominant and culturally-accepted ways of being ‘normal’ . . . they question dominant understandings and constructions of what it means to be psychologically or sexually normal . . . they both share the idea that ‘normativities’ are kept in place through binary oppositions, where one side is privileged over the other.” Given the contemporary and intersectional struggles that exist for LGBT people who experience mental distress or receive a diagnostic label, the survivor movement and LGBT communities in Britain can stand in open solidarity to construct and argue from critical positions on health to challenge the power of psychiatrists and psychologists in determining ‘normality’ and ‘sanity’.

With thanks to Helen Spandler, Professor in Mental Health, University of Central Lancashire, UK. 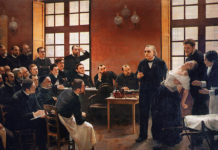 The Mystery of Madness Throughout the Ages 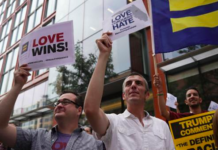 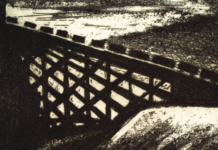 The Industrial Revolution Left Scars That Can Still Be Seen Today