This week on MIA Radio we turn our attention to veterans, service members and military families. MIA has recently launched a new resource for military veterans which will provide news, personal stories and resources specific to veterans and their families. So to explain more about the new resources I am delighted to have been able to chat with Derek Blumke. Derek is the newest member of the MIA Team and he is the editor of the new veterans section.

Derek served 12 years in the US Air Force and Michigan Air National Guard before attending the University of Michigan where he cofounded Student Veterans of America. For his work, Derek received the Presidential Volunteer Service Award and was recognised at the White House by President Barack Obama for his leadership in supporting returning military veterans.

The Department of Veterans Affairs (VA) 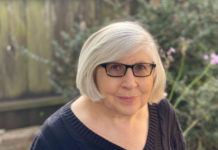