The Robert Wood Johnson Foundation, one of leading national healthcare foundations or “health foundations,” as the genre tends to prefer to be called, asserts that building grassroots advocacy is the key to making progress on trauma-informed care.

More and more data are echoing this. Yet we grassroots advocates are not included.

Community organizers are said to be pivotal in making progress on health equity. Global sources say that empowering advocates is the key to making progress on behavioral health worldwide. The Recovery Movement is said to be the source of much behavioral-health innovation. Studies show that patient engagement is the key to improving healthcare outcomes and reducing the overall cost of healthcare.

1. Healthcare foundations are picking favorites instead of picking the most qualified for funding. It’s time to start looking at the Power Moves toolkit and learning how to make inclusive, community-engaging RFPs and decisions. If you look at Grant Advisor for foundations that have reviews, almost everyone is accused of choosing insiders. In the most egregious case I experienced, a funder said their project needed a well-honed machine for training advocates and a multisectoral team from around the community. The funders chose an agency that had only five sectors and trained zero advocates. Our team brought in all 16 sectors and had trained more than 240 grassroots advocates with proven outcomes, proven methodology, and proven impact, and guess which project got funded? And this funder even passed out materials ahead recognizing that advocates were the No. 1 difference for making change on this issue.

2. Healthcare foundations are funding nonprofits instead of people. “People” means individuals; a person, not an agency. Look into Asset-Based Community Development to understand why this matters and how to do it. Hint: a pass-through grant from one agency to another is still funding agencies, not people.

3. Healthcare foundations minimize our role. Start saying this line with your mouth: “Advocates are the key to progress.” Start saying this line with your marketing materials: “Advocates are essential.” Better yet, start saying it with your pocketbook. Healthcare foundations need to feature advocates at the pre-proposal conference, during the selection process, during anything you do publicly in our community. Hint: If you can’t tell the difference between a healthcare provider and a consumer advocate, you might need to start hanging out in a few more places.

5. Healthcare foundations are ignoring medical harm. Acknowledge that all medical care causes both benefit and harm. Start finding advocates who are talking about the overuse of medication as well as those talking about underuse.

7. Healthcare foundations are making it difficult for the grassroots to compete. Stop requiring us to be 10 times better than other applicants in order to be considered. Advocate organizations are competing against provider organizations that have had piles of resources for years. This advantage is what I call “provider privilege.” Start offering set-aside funds for recovery movement groups and patient-advocates, as the Health Foundation of South Florida has. If we are the key to progress (and you said so in your pre-conference materials!) how about supporting our role as such? Recognize that our agencies have been fighting from an oppressed standpoint for years and don’t judge us for not having the same resources that the privileged people do.

8. Healthcare foundations insist that we collaborate with our enemies. Don’t judge us on our ability to “get along” with people who are deliberately discriminating against and excluding us.  Don’t throw away most of our 47 national, regional, and grassroots commitment letters because their authors aren’t your buddies. Don’t give preference to your buddies who turn in 29 vague, repetitive, non-committal letters that then get accepted. Start looking at the networks we weave, the team that we bring in, and how they could affect health care. Have a precise definition of the “collaboration” that you are looking for.

9. Healthcare foundations discard innovation. Don’t reject new ideas because you don’t understand them. Start asking questions about our projects. If you don’t see how the “grant is cohesive enough,” maybe it’s because you don’t know enough about the field to understand each piece of the project we’re proposing. Start making funding interactive.
For a $300,000 project, try picking the phone up ONE time to call us during the decision- making process.

10. Healthcare foundations must have an enforcement process. Eight times I have gone to a funder when a project wasn’t going to be able to reach its stated outcomes (after trying to come to a resolution with project leaders). Eight times I have a warned a funder ahead of time that a coalition was failing to include grassroots advocates, thus failing to reach stated project goals. The most productive intervention has been that two funders have held a one-and-done meeting to “hear me out,” then did nothing. Four funders have ignored the situation, and two funders have gone aggressive and attacked me personally for being the whistleblower.  If you are going to fund a coalition to represent the whole community, then be ready to hold the backbone organization accountable for actually including and representing the whole community. Hint: Most of them CAN’T because a coalition is inherently a bad way to do grassroots engagement.

Know that each of these slights affects us. You, healthcare foundations, are killing us grassroots advocates. Your discrimination breaks our hearts. Your exclusion galls us. You make us lose hope each time you chose to ignore our pleas for better health outcomes. Many activists die by suicide.

The reality of being an advocate is this: We are living in poverty, trying to speak truth to power. We being asking to provide free help to rescue projects. We are the teachers of people who are richer than us. We are being forced to beg for incremental change from people who aren’t incentivized to care about it. They are making money off our people’s suffering. The disability industrial complex is a thing.  As the saying goes, “When you are robbing Peter to pay Paul, it gets Paul’s vote every time.” And here you are supporting Paul and spitting on us for pointing out the situation.

The reality of being an advocate is this: In customer service, only 1 out of 10 customers will complain. The other nine will just leave the business and not return. Thus the one complaining customer is giving you a gift: They are speaking for the other nine customers who already left your business and you don’t know why. We are giving the gift of our advocacy. Advocates are pretty persistent, those who stick with it, but how often do you expect us to speak for others?  Representation fatigue is a huge burden.

It pains us greatly to see you supporting medical harm instead of caring about the social determinants, health equity, or resilience that you say you care about. Every additional ineffective project removes more advocates from the pool of people willing to do this work.

Two months ago, one of my best friends, a longtime advocate, died by suicide. It showed me, more clearly than anything else, how unhappy I have been. I realized “I am going to be next if I keep doing this work.”

And the process breaks funders, too. One funder told us eight times in a one-hour meeting, “I am tired of being a funder.”

Well, I am also tired. I’ve done what I set out to do. I built a program that employs 12 staff and 74 sponsored artist/advocates. That program is the biggest funder of individual behavioral-health advocates in the central states. I brought $1.6 million in grant money to medical-harm-aware advocates in the three states where I worked. I created a strong, scalable business model. I am a “founder,” I create businesses. I have four more in progress as we speak. I am not a manager. It is time for the agency I created to hire a manager. Founding businesses and managing businesses require two different skill sets. These two sets of skills rarely overlap. At some point, all agencies must move beyond their founder.

And I am tired now, tired of trying to move a mountain while still injured and sick. And your disrespect and exclusion have worn me down. And I choose to stay alive. I chose life, and I cannot be “the key to progress” while getting your shaft any longer. Instead, you can find me at Urban Wildfinds Farm and Forage, you can find me for a spoken-word poetry gig, you can find me for cash-pay peer support, you can hire me to write your million-dollar grant, you can come visit me. You can find me doing the things that make me happy. And keep me alive.

Here is the vision I leave you with: There is true healing in true community engagement. And here is a quote from the article I just linked to:

Organizing is taxing and can lead to burnout, particularly among people from marginalized communities. For example, Black Lives Matter activists have pointed to side effects of their participation (including stress and exhaustion) that have exacerbated, rather than ameliorated, experiences of systemic inequality. Thus, social movement organizations have increasingly recognized the importance of working to ensure the well-being of staff and members, who tend to hail from groups already at risk of poor health outcomes.

The health equity frame gives them a foundation to do so. For example, Fathers and Families of San Joaquin, in Stockton, California, uses healing-centered community organizing—defining it as “an emerging practice that places individual and collective emotional and spiritual well-being at the center of social justice efforts”—to address their community’s high crime, poverty, and incarceration rates. Some organizations employ healing circles or talking circles in which participants openly discuss personal challenges and express emotions in response to stressful situations. For example youth organizations in Long Beach [CALIFORNIA] held healing circles in response to the 2016 Pulse nightclub shooting in Orlando, Florida; incidents of police brutality; and the deportations of community members. 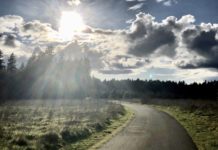 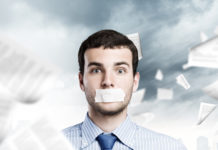 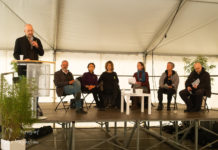