This week on MIA Radio we chat with Professor John Read of the University of East London. John worked for nearly 20 years as a Clinical Psychologist and manager of mental health services in the UK and the USA, before joining the University of Auckland, New Zealand, in 1994, where he worked until 2013. He has published over 140 papers in research journals, primarily on the relationship between adverse life events (e.g. child abuse/neglect, poverty, etc.) and psychosis. He also researches the negative effects of biogenetic causal explanations on prejudice, the opinions, and experiences of recipients of antipsychotic and antidepressant medication, and the role of the pharmaceutical industry in mental health research and practice.

John joins us to discuss the UK licensing of esketamine nasal spray (Spravato) for so-called ‘Treatment Resistant Depression’. John led a group of 12 academics and professionals who wrote to the UK regulator expressing concerns about esketamine.

We are writing to express grave concern about the possibility that the dissociative anaesthetic agent, and known street drug of abuse, ketamine, might be approved for use in this country in the marketed form of ‘esketamine’.

There have been no trials of the efficacy of esketamine in the medium or long term. The majority of the studies of this drug (almost entirely conducted by the drug company attempting to license the drug, Janssen) are only four weeks in duration. Most of these studies find no benefit for esketamine versus placebo, and multiple adverse effects. The one positive efficacy study finds a difference between esketamine and placebo that is small and not clinically meaningful.  Esketamine is the only antidepressant that has been approved by the FDA with only one successful efficacy trial.

The longest study to date is a 16 week trial using a discontinuation design, which is almost certain to confound withdrawal effects with relapse of depression. This trial design also increases the likelihood of patients breaking blind in the drug condition.  As noted in the FDA statistical review, “perception of their treatment assignment may have been influenced by acute side effects (dissociation, sedation, etc.). FDA’s exploratory analysis suggested that changes in these side effects were associated with time relapse.”

Notably, there were six deaths in the esketamine studies, including three suicides, all in the esketamine group, with none in those assigned to placebo. Although these deaths were dismissed as unrelated by Janssen we do not believe that this worrying signal of danger should be ignored. It may well be consistent with a severe withdrawal reaction from the medication, known to occur in other medications such as antidepressants and opiates.

Short term apparent benefits of using esketamine are unsurprising, given its similarities to drugs of abuse, and no basis for approving a drug. One could achieve similar results, short term euphoria or dissociation, with various other street drugs. Indeed, we are as shocked by this recent development as we would have been had es-cocaine been submitted for approval.

If esketamine is approved for public use in the UK next month, there is no impediment to doctors prescribing this drug for weeks, months and beyond, which is precisely what we now see occurring in the US since FDA approval.

We trust that an evidence-based approach will be taken to your decision and, therefore, that no approval will be granted until multiple independent trials (i.e. not industry sponsored) of at least a year, and preferably longer, have been conducted. 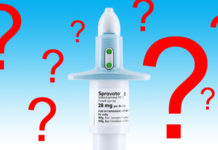 Esketamine for Depression: “Repeating Mistakes of the Past” 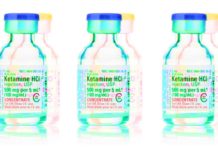 Ketamine for Harmful Drinking: A Look at the Data