A 2018 article published in Ethical Human Psychology and Psychiatry argues that there are two primary false beliefs held by academic psychiatry related to the efficacy of antidepressants. The article was written by researchers with expertise on antidepressants and suicide risk, Michael Hengartner of Zurich University in Switzerland and Martin Plöderl of Paracelsus Medical University in Salzburg, Austria.

First, they explain that physicians often attribute antidepressant effects to pharmacological action rather than placebo effects. Second, academic psychiatry maintains that physical dependence on antidepressant drugs does not exist, and therefore any withdrawal or discontinuation symptoms are benign and affect only a small minority of users. These two remain pervasive within the field of psychiatry, despite a wealth of evidence suggesting that they are untrue. Hengartner and Plöderl point to the undue influence of the pharmaceutical industry as one of the forces maintaining the popularity of these misleading beliefs about antidepressants.

“The problem is presumably less with erroneous views expressed by patients and researchers critical of psychopharmacological drugs, but rather with false beliefs held by academic psychiatry and promoted by the pharmaceutical industry,” the authors write. 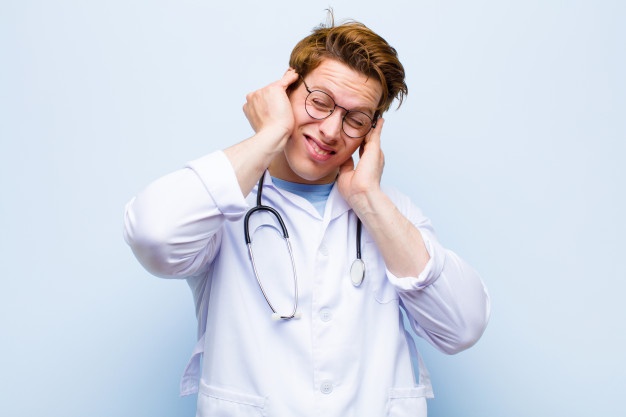 For the last three decades, a neurobiological theory of depression has been the dominant viewpoint of medical professionals in academic psychiatry. Many attribute this view to the influence of the pharmaceutical industry and reporting and publication biases inflating the efficacy of antidepressant drugs. Consequently, this view has been adopted by the general population and led to increased antidepressant use. However, depression prevalence remains largely unaltered.

Many are beginning to question why, if antidepressants are effective, depression rates are not decreasing. A study by leading European psychiatrists surveying approximately 1,000 of their patients found that 57% of antidepressant users agreed that it is challenging to stop antidepressants when you have taken them over a long period, and 56% agreed that you could develop dependence. Despite these concerns, the authors of that study stated that the patients had erroneous views and lacked knowledge about pharmacotherapy. This perspective is dismissive of the lived experiences of service users as well as the scientific data.

“Although 96% of psychiatrists were familiar with the recent literature questioning the efficacy of antidepressants, only 23% reported that these studies had influenced their prescribing practices. These findings further raise the issue of why continuing medical education has not resulted in a more evidence-based appreciation of placebo effects, given that meta-analyses have already shown at the turn of the 21st century that the response to placebo accounts for at least 80% of antidepressants’ efficacy.”

This is not to say that antidepressants have no mental effects. They are psychoactive drugs, and the most common effects include emotional numbing, depersonalization, drowsiness, and agitation.

In addition to pharmacological effects being overstated, withdrawal effects upon discontinuation of antidepressants are severely understated and neglected.

“Although withdrawal is a bothersome problem for many long-term users, the issue is largely neglected in the scientific literature, in routine practice, and psychiatric training. It is not uncommon for patients who report antidepressant withdrawal symptoms to be dismissively told by their physicians that these symptoms have nothing to do with the drugs, but rather are signs of their underlying mental health problem.”

Research consistently shows that withdrawal symptoms occur in up to 50% of all patients, regardless of abrupt withdrawal or slow discontinuation. For a significant minority of antidepressant users, studies have shown that the withdrawal reactions are severe enough to qualify for a drug-induced persistent post-withdrawal affective disorder.  For many of these reasons, some users report they feel addicted to the antidepressants.

“The beliefs that there is no physical dependence to antidepressants and that ‘discontinuation reactions’ are a minor problem that is easy to manage are a major medical concern since so many patients seriously suffer from antidepressant withdrawal for months and even years,” the authors state.

Given the large body of scientific knowledge about withdrawal symptoms of antidepressants, there is speculation about why academic psychiatry has persistently minimized withdrawal effects while substantially overestimating the pharmacological effects and benefits.

One likely reason is due to the commercial interests of the pharmaceutical industry. Not only do companies that produce medical drugs have strong ties with academic departments, but they also have influence in medical journals and what content is created and disseminated. Research sponsored by pharmaceutical companies is more likely to yield positive results and favorable conclusions while underreporting adverse events and harm.

As long as industry ties and commercial interests of the pharmaceutical companies infiltrate medicine, training, and research, psychiatry will likely remain neglectful of both placebo effects and withdrawal reactions. The authors argue that “only when the field acknowledges that the drugs’ efficacy in attenuating depression symptoms is by and large a placebo response will alternative interventions such as psychotherapy or exercise be recommended to patients more often as first-line treatment.”

The authors also suggest that non-medical mental health experts such as nurses, psychologists, and social workers be on expert committees to have a determining influence on practice guidelines. Correcting false beliefs in academic psychiatry has implications for psychiatric training, continuing education of medical professionals, and treatment practices.