From BBC News: “Doctors are being advised not to prescribe common painkillers, including paracetamol and ibuprofen, for patients with chronic pain not caused by an injury or other medical condition.

The National Institute of Health and Care Excellence (NICE) said there was little evidence they help. And it suggests there is evidence long-term use can be harmful.

Its draft guidance recommends antidepressants, acupuncture or psychological therapy instead.

The advisory body also strongly advises against the use of opioids for these patients, in a set of guidelines covering England, Wales and Northern Ireland. It said there was a ‘lack of evidence’ for the effectiveness of opioids for this condition, along with a risk of long-term harm.

Chronic primary pain is defined within the guidelines as a condition which ‘can’t be accounted for by another diagnosis’. This type of unexplained pain may affect as many as between a third and half of people in the UK, the guidelines estimate.” 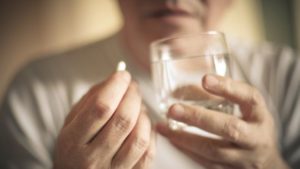