New work from social work professor Merrick Pilling investigates clinical practices inside a psychiatric hospital, revealing the complicity of mental health professionals with rape culture. Her work finds that the notes of mental health workers often minimize and normalize sexual violence against women and trans people, cast doubt on women’s accounts of victimization, and construe symptoms of sexual assault as pathological and/or medical. This work also documents the specific ways that the experiences and behavior of Black and trans women and men are singled out as particularly untrustworthy, inappropriate, and pathological.

Rape culture refers to the normalization of violence against women and trans people and has been shown to impact the mental health of sexual assault and abuse survivors. Several scholars have insisted that apparent psychosis or voice-hearing in women is not a symptom of madness or disease but instead an inevitable outcome of rape culture.

Further, a culture of anti-Blackness has been shown to contribute to the emergence of psychosis for persons discriminated against based on minority status. In general, people from ethnic minority backgrounds typically experience greater psychological distress, which is linked to poor mental health outcomes.

Pilling, a professor of Women’s and Gender Studies in the School of Social Work at the University of Windsor in Canada, writes:

“The confluence of anti-Black racism and misogyny, also known as misogynoir, means that Black women are even less likely to be believed and more likely to be blamed for the violence they experience.” 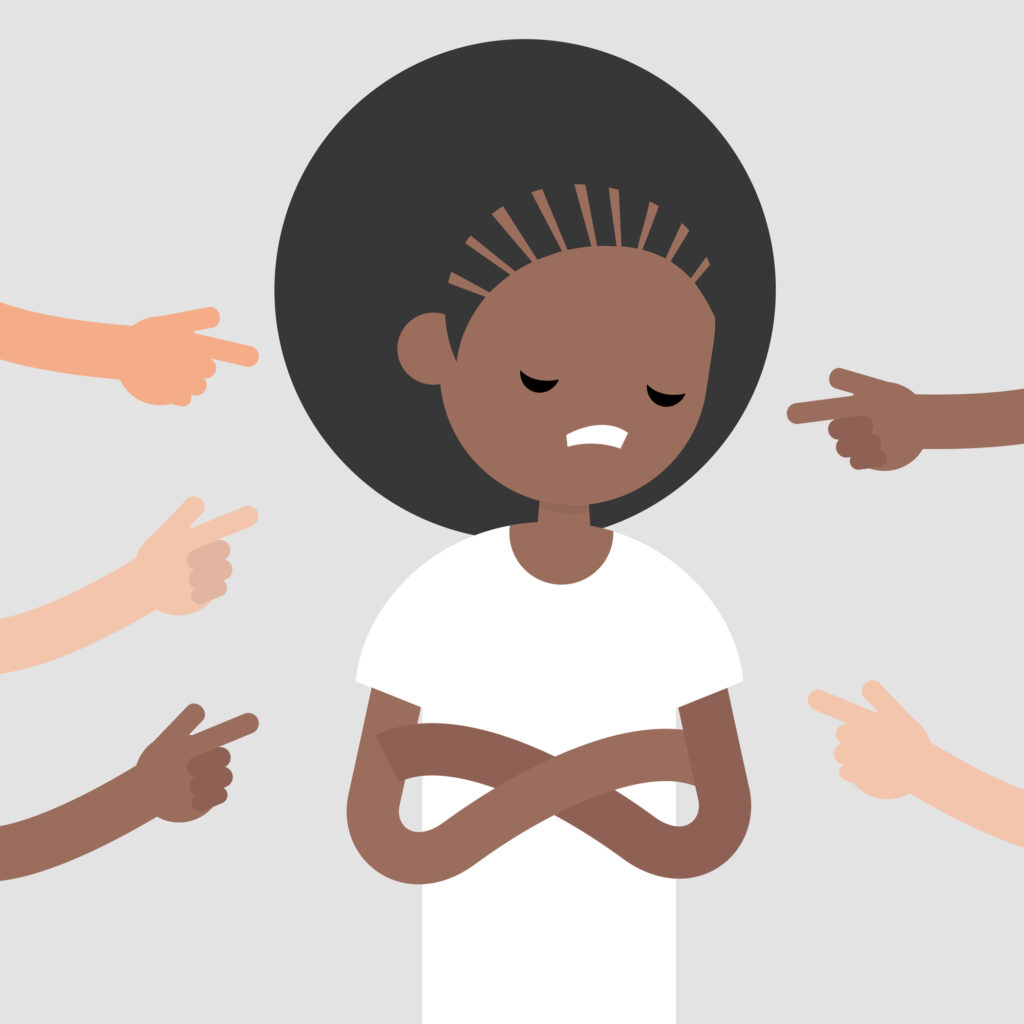 In each case, the mental health professionals’ “sanism compounds rape culture in that sexual violence is perhaps even less likely to be recognized as such when experienced by those whose realities are already constructed as questionable.”

Through detailed analysis of specific case studies, Pilling documents how Black, female survivors’ claims of sexual assault are minimized and pathologized within clinical interpretations; how the complaints of white, cis women are taken more seriously; and how the abuses of white male perpetrators are viewed as psychiatric symptoms as opposed to social or criminal matters.

Both Black and white women’s “experiences of sexual harassment and violence are reconfigured as delusional thinking.” For example, when confronted with one woman’s assertion that males on the ward were harassing her, “the psychiatrist’s solution was to offer medication, a biomedical solution to a social problem.”

Thus, when confronted with symptoms of abuse, psychiatrists often assign diagnoses instead of contextualizing “symptoms” as a response to abuse.

In this way, “rape culture, Pilling writes, “shapes practitioners’ documentation about patient histories of sexual violence by failing to meaningfully connect past experiences of abuse to current distress and by pathologizing the impact of abuse as indicative of psychotic illness.”

In contrast, male perpetrators’ acts of sexual violence were often interpreted as directly linked to madness and seen as being caused by it, particularly in cases of psychotic illness. Aside from its gendered nature, this phenomenon also conflated violence with madness.

“Men’s abusive behavior is never identified as an issue that is separate from mental distress, even in cases where it seems clear from reading the chart that the perpetrator has a long history of abusive behavior. This indicates the presence of rape culture and sanism as governing logics in the charts of perpetrators.”

Pilling’s contribution to the study of sexual violence and rape culture within psychiatric wards suggests the necessity of recognizing how responses to sexual violence are imbricated with racism, anti-Blackness, and sanism, and how clinical practices do not exist outside of, but rather perpetuate, rape culture and other forms of oppression.