A recent article published in The American Journal of Psychiatry analyzed the relationship between cannabis use and the likelihood of individuals being diagnosed with “psychotic disorders” such as schizophrenia.

Utilizing self-report questionnaire data from 2001-2002 and 2012-2013, the authors found that self-reported nonmedical use of cannabis—particularly use meeting criteria for Cannabis Use Disorder as defined in the DSM-IV—was significantly associated with a self-reported diagnosis of a psychotic disorder among adults in the United States. 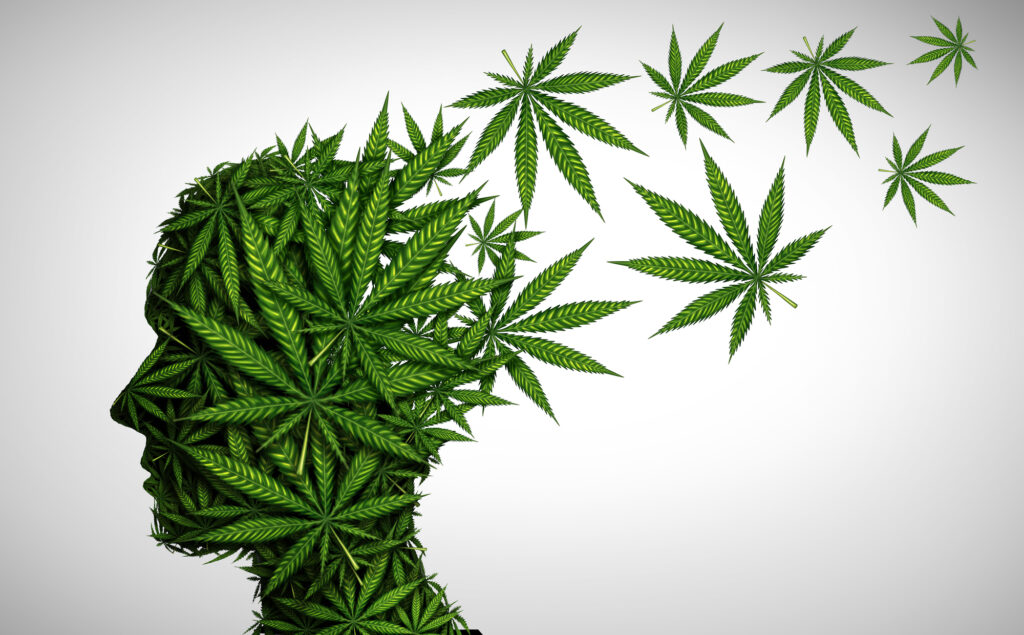 The relationship between cannabis (or marijuana) and psychosis has seen quite a bit of research, but direct causation is difficult to establish. However, some research does show a correlation between psychosis and cannabis use, although others have criticized this research for using causal language and being politically motivated.

Of course, the scientific difficulty here is the difference between correlation and causation. Defenders of cannabis often suggest that perhaps people predisposed to psychosis are drawn to cannabis use but that cannabis use itself does not cause psychosis. Some research could support this line of reasoning, such as a study that found no relationship between teenage cannabis use and adult mental health issues.

Other research does suggest the possibility of a causal relationship, however tentative, and with the cautionary note that more studies are needed. Either way, the correlational research is compelling.

The current study adds to existing research analyzing the correlation between “psychotic disorders” and cannabis use, focusing on U.S. adults, which the authors state is an under-examined population. Relying on self-report questionnaires from 2001-2002 and 2012-2013 associated with the National Epidemiologic Survey on Alcohol and Related Conditions (NESARC), the authors asked the following three questions:

A total of 79,402 people responded to the two surveys. The first survey was approved by the U.S. Bureau of the Census and the Office of Management and Budget, while the second was reviewed and approved by the institutional review boards at the National Institutes of Health and the private data collection agency Westat.

Both surveys utilized the computer-assisted Alcohol Use Disorder and Associated Disabilities Interview Schedule program. Self-reporting of “psychotic disorders” was assessed using “nearly identical” sets of questions between the two surveys, asking whether a health professional had diagnosed the person with “schizophrenia or psychotic illness or episode.”

Variables controlled for included gender, age, race/ethnicity, education, and urbanicity. Past-year use of other drugs such as alcohol, tobacco, and stimulants was also controlled for because these substances could confound the study results.

Past-year self-reporting of a “psychotic disorder” diagnosis among U.S. adults was 0.33% in 2001-2002 and 0.80% in 2012-2013. After controlling for alcohol, tobacco, and stimulants, these results remained consistent, suggesting that none of these substances were responsible for the change in frequency between the two surveys.

This “provides evidence that psychotic disorders have been on the rise in the United States in recent decades.”

According to the authors, all indicators of nonmedical cannabis use were significantly associated with higher self-reported rates of “psychotic disorders” in the 2012-2013 survey, which the authors state is consistent with previous studies.

This association was true for only two cannabis use categories in the 2001-2002 survey: “any nonmedical cannabis use” and “cannabis use disorder.”

More intensive use of cannabis also seemed to have an impact:

“In addition, self-reported psychosis was significantly associated with frequent and daily/near-daily cannabis use in the more recent survey, supporting previous findings on a dose-response relationship between cannabis use and psychotic disorders.”

The authors state that this dose-response relationship should be studied in more depth in future research.

Participants who reported being diagnosed with the DSM-IV’s cannabis use disorder, along with cannabis withdrawal which was added into the DSM-5, held the highest significant association with “psychotic disorders” at 3.38%, compared to 0.68% for nonusers in the 2012-2013 survey.

This higher association with “psychotic disorders” was found in both surveys, with the 2001-2002 survey showing a 2.55% association for those diagnosed with cannabis use disorder, compared to 0.27% for nonusers.

The authors reflect that the comparatively higher association in the 2012-2013 survey may be due to the availability of higher potency cannabis products, which they state “have been associated with higher prevalence of psychosis.”

The authors noted several limitations to the study, such as the reliance on self-report questionnaires for both cannabis use and the diagnosis of “psychotic disorders.”

Additionally, they state that “directionality of the relationship cannot be determined in cross-sectional data,” again running into the problem of correlation (or “association”) versus causation.

Therefore, improving public knowledge and educating providers about this risk may serve a useful function. In particular, identifying cannabis use disorder may help indicate individuals at increased risk of psychotic disorders. This information can inform addiction specialists and other clinicians about the need for evaluation and appropriate interventions and therapeutic modalities for individuals at risk.”