My opposition to psychiatric drugs is not just that they are harmful, dangerous, and destructive. That would be plenty motivation enough. And it is. But in addition, my profession, which I love and value, has been hijacked by the APA and Big Pharma. It is my goal to return psychiatry to its proper place – where good psychotherapy is understood to be the treatment for human suffering.

The American Public has been sold a bill of goods by the APA and Big Pharma. They have intimidated the public to believe that the source of human struggle are neurobiological disorders of the brain. It’s a fabricated construct motivated by earnings and built on shoddy science. Human suffering has never been a brain problem. It is a human problem, and it has been so since the dawn of time. The cure for human struggle has been reduced to a pill, as if pharmaceuticals address the agency of human suffering. Now that this ‘belief’ has been firmly established, it is extremely difficult for people to believe that it is purely an urban myth.

My field, psychiatry, has strayed from a careful and caring clinical grounding, in its mission to ameliorate human suffering. In our time, with the promulgation of the psychiatric diagnostic manuals, DSM IV and V and onward, we see an ever-expanding list of so-called psychiatric conditions that have been constructed to fit the narrow, wrong-headed theories of biological, pharmaceutical, neurological, genetic, and politically correct interests. It has been my mission to return psychiatry to where it properly belongs through a unified field theory of human consciousness, which encompasses psychiatry, neuroscience, dreams, myths, religion, and art—all elements of the same thing.

All psychiatric conditions are the result of trauma – deprivation and abuse – on our emerging personalities. Consciousness is written as a drama in the theater of the brain, as our genetic temperament digests our emotional environment, resulting in the formation of our character. Consciousness writes its original play over the first several years of life. The limbic system, in the context of traumatic abuse, maps our emotional experience as sadistic aggression, filled with attack, humiliation, and endless war. Consequently the activated internal scenario is one of continuous internal fighting between personas. It is mapped through the limbic pathways of serotonin, cortisol, and adrenaline. In the context of loving responsiveness it would be mapped through gentle oxytocin pathways. The mapping of our nurture reflects our actual experience of parental care. Our Nurture, is then digested by our genetic temperament, our Nature. [See – “The Nature-Nurture Question – Nurture” ]

Remember, we are not talking about medical diagnoses. These are character styles. All of us have within us and within our imaginations, all of the features of all character worlds. In fact, we dip into aspects of many of them in our daily lives. We all have the potentials for love, caring, creativity, selfishness, cruelty, abandonments, emotional isolation, projective blaming, rage, egotism, fears, anxiety, so-called depression, flight from unwanted moments, fraudulence, emptiness, helplessness, and hopelessness in our routine living. This is the stuff of human drama. Each of us settles on our particular character drama as our major life solution.

I want to emphasize that by temperament, we are talking about inborn temperamental styles, not pathology. It is the degree of abuse that is digested into our plays that generates suffering. The individual array of our temperamental aspects, when digesting parental responsiveness, create the varied and wonderful scope of human personality. Our cortical image-ination, oriented by our temperament, writes a specific and nuanced character world in each of us, which is as unique as our fingerprints.

(1) In the context of moderate problematic mothering, with some good-enough mothering, we have the following types of character worlds, depending on which temperaments are in ascendancy—depressive, obsessional, compulsive, phobic, anxious, and hyperactive.

(3) Finally, we have the psychotic character worlds where there is a fragmentation of the intactness of the self persona and a rupture of the cohesion of the play itself. This derives from a damaged Authentic Being, due to some combination of extremely early maternal damage, with some genetic predisposition, all still forged through the different temperamental orientations. The psychotic character worlds are hebephrenia, catatonic schizophrenia, paranoid schizophrenia, schizoaffective schizophrenia, manic depression, and paranoid state. We don’t even see hebephrenia and catatonia mentioned much anymore, because they don’t fit contemporary models. But they did not disappear and are still there.

The appropriate treatment is the psychotherapy of character. Psychotherapy is a specialized form of human engagement that repairs the damage to one’s character by acting on the play of consciousness in the very way that it formed in the brain in the first place. All psychiatric symptoms are the expression of our problematic characters. By exploring, within the safe emotional holding by the therapist, we heal our unmourned pain as our psychiatric symptoms dissipate. It fosters the recovery of one’s authenticity and the capacity to love. This is the source of all psychiatric struggles. It taps into the heart of life’s mysteries and wisdom.

Regarding psychotherapy: since psychotherapy is all about mourning the traumas of life, a therapist must have his own therapy to attend to the traumatic pain in his own life so it doesn’t interfere with his wherewithal to be responsive as a therapist. A therapist is neither superior or inferior in relation to his patient. Patients are not ‘sick’. Psychotherapy is the difficult and complicated process of respectful mourning in the context of emotional trust and listening to the story. The major thing that differentiates a therapist is his willingness to sit with pain that most people with any common sense would tend to flee from.

I am not ‘another mother blamer.’ Yes, many parents are problematic. And it is essential to understand deprivation and abuse to be in a position to help heal damage done. But keep in mind, that under the best of circumstances, mothering cannot be perfect. The presence of a protective, warm, timely, soothing, holding, maternal provision will always be, to some degree, unreliable and unresponsive. All children have to deal with adversity. And there is plenty of it built into life. There can never be an idyllic paradise. There are always life circumstances in the family that will affect mothering to one degree or another—death, sickness, divorce, unavailability due to preoccupation with others, work, the arrival of new children, demands of older children, psychiatric conditions, alcohol or drug abuse, miscarriages, war, etc.

And finally, it is the essential spirit of this enterprise that every patient is an individual and not a label. The particular story of a life with one’s temperamental adaptation is always unique. Nobody is defined as a pure-breed category or a spot on a graph. Every person has his literal story and makeup. The full range of problematic human character presents a host of different symptoms that generate very different experiences of suffering. The varieties and types of plays show an almost unrecognizable contrast to each other. And they generate their own specific resonances in psychotherapy. However, in the context of engagement and trust in psychotherapy, the processes of mourning are universal and similar. Psychotherapy is the specific responsive avenue for repair and healing for the whole spectrum of human character worlds.[See- “Psychotherapy Is the Real Deal. It is the effective treatment”]

The proper subject of psychiatry is human character and its vicissitudes. The E=mc2 for psychiatry is: human character for every individual is forged by the degree and particulars of abuse and deprivation, as processed by one’s constellation of temperament through the cortical image-ination. Our suffering can best be redressed by mourning our internal plays, in the context of the responsive emotional holding and the boundaries of psychotherapy. 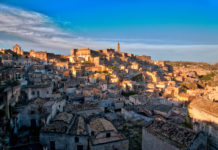