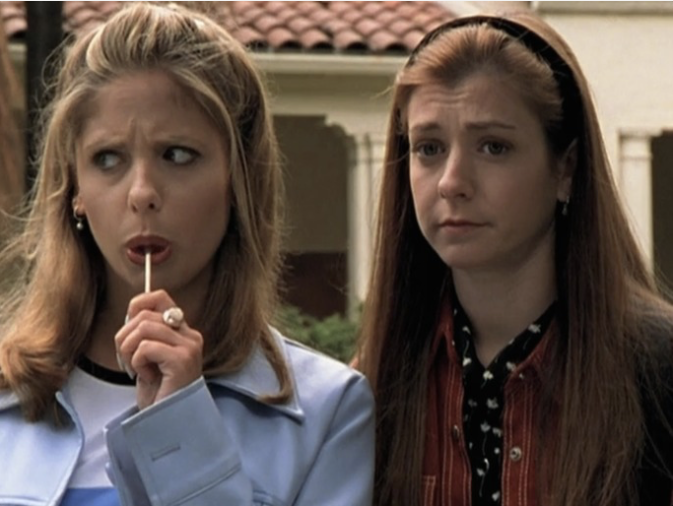 Several of us involved in RxISK.org monitor other groups setting up to offer information on medicines. Some of these, like eHealthMe, offer useful information sometimes with innovations we wish we had thought of first. The general sales pitch is under the umbrella of Personalized Medicine.

As ever, pharmaceutical companies are in there early. The Brintellix website, as noted in We Should Talk about Brintellix, is a masterclass in how to appear patient-centered, and patient-friendly. How to move with the times and make the new way of doing things yours. It is likely that many will view the concern expressed on websites like the Brintellix one as genuine. People have to be left make their own minds up; the sites come clearly badged for what they are.

AllTrials is a much greater conundrum. Friend or Foe? Liberation Movement or Trojan Horse? 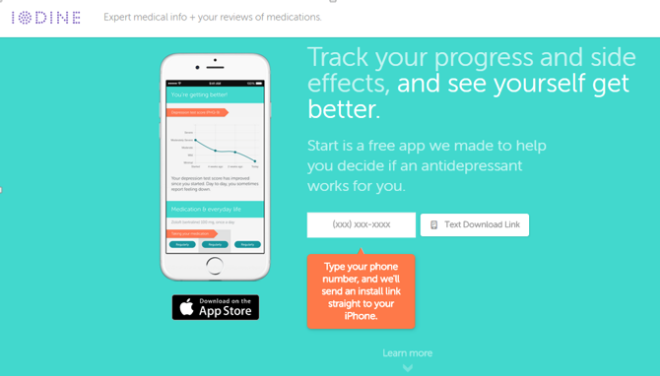 Into this mix, a little over a year ago, stepped Iodine.com. San Francisco-based, it proclaimed itself as totally independent of the pharmaceutical industry with an awesome panel of pharmacists and MD-PhD candidates. It aimed at offering people-powered information on medication to guide you in your choices.

Billed by Time as the Yelp of medicine, and by the New York Times as addressing a notable information gap in healthcare, it seemed like the kind of thing to keep an eye on – with perhaps the kind of mixed feelings that Buffy clearly had with the arrival of Faith. Always good to have another Vampire Slayer but where exactly is she coming from?

Several weeks ago Iodine launched Start – a new way to tell if your antidepressant is working for you. You would interact with it and it would guide you, without – it promised – giving any of your data to the pharmaceutical industry. It offered reports to help you work out if your medication was helping or not. Sounded a bit too close to RxISK for comfort.

Its testimonials say it’s empowering and that being able to track your personal journey to wellness makes a big difference.

Some of us downloaded it. The technoranti (tech-ignorant) among us couldn’t get it to work, which is where the real story lies. Others could get Start to start.

If you’re tech savvy (technoscenti) you’ve got time left over to be mischievous. So one of us began Brintellix with the intention of becoming suicidal on it to see what Start would do. Despite a clearly deteriorating mental state, Start stuck to a line that it was best to continue with the medication as that’s what works – and works even better in anyone who is seriously ill. The prompts to fill reports come in relentlessly and no matter how suicidal the report, the response was invariably a cheery message that salvation through pharmaceuticals is just around the corner – even if your doctor does have to switch you to something else. 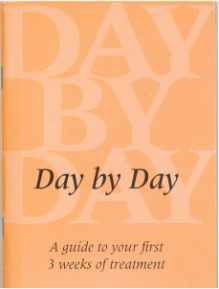 The responses for something like this have to be generic – in other words it’s vampire meets human body rather than vampire meets you. If the vampire ever becomes concerned about you, it’s the vampire equivalent of salt losing its bite – as Angel found out when he fell in love with Buffy.

Being generic, the responses have a certain timeless and universal quality. They keep going for the same spot – the jugular. The Start responses map eerily onto the responses in a medication guide for Prozac produced by Lilly in the mid-1990s – long before Apps were born. A different millennium. But close to word-for-word the same – no matter how bad you are feeling, keep taking the meds.

Calling it Night by Night would have been too much of a giveaway. The Day by Day brochure is here. It’s difficult to see this information – billed as helpful – as anything other than more poisonous than the medication.

But as I said, the real story lies with the technorant. You might not be able to get something to work but it’s almost impossible not to be able to download it. If you live in the US, Iodine will install Start on your phone for you if you call them.

But if you then can’t get it to work, it doesn’t go away. It continues to message you for months even though you haven’t filled up the rating scales necessary for your report. You could be swinging from the chandelier or in your grave but the beeps will still come – as long as there is life in your phone. 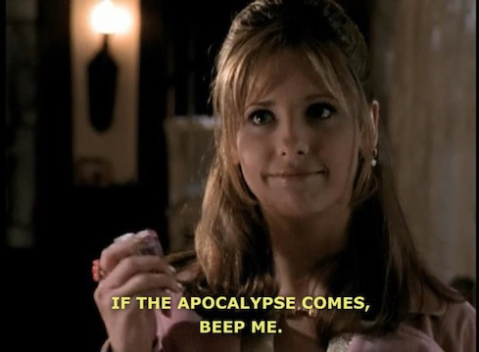 For centuries, maybe millennia, people have worried about evil spirits and vampires because of unsettling features like the fact that nails and hair keep growing after death. The possibility of possession seemed real enough to make it look like a good idea to dispose of a corpse quickly.

Who knows what the peasants of Eastern Europe – or an Irishman like Bram Stoker – would have conjured out of Start?

Sorry, Buffy; getting beeped when the Apocalypse comes is so last-millennium. The beeps from the Undead go on beyond the Apocalypse.