Psychiatry is a hoax.  Its fundamental concepts are spurious to the point of inanity.  Much of its research is blatantly fraudulent.  And its treatments are destructive, disempowering, and stigmatizing.  Psychiatry has no coherent or logical response to the criticisms that it attracts, other than the repetition, mantra-style, of unsubstantiated assertions of safety and efficacy, coupled with unwarranted attacks on its critics.

Psychiatry would long since have gone the way of phrenology and mesmerism but for the financial support it receives from the pharmaceutical industry.  This support comes in two forms.  Firstly, pharma provides generous largesse to psychiatric researchers and “key opinion leaders,” to provide a continuous stream of psychiatry-favorable copy.  Secondly, and more importantly, pharma uses the clout of its enormous advertising budget to effectively dissuade the mainstream media from exposing the truth about psychiatry.

But the truth has a way of trickling out.  Here are five recent stories that buck the psychiatry-friendly stance that has characterized the mainstream media for at least the past 50 years.

1) The Long, Sad Story of Antidepressants and Suicide. Joe and Teresa Graedon.  The Roanoke Times, April 11, 2106

This is an extract from a longer article on the Graedons’ own website.

Here’s a quote from the Roanoke Times article:

“The drug company’s [Eli Lilly’s] insistence in 1990 that there was ‘no causal relationship’ between Prozac and suicide attempts is consistent with other pharmaceutical manufacturers’ responses to bad news. For the 40 years that we have been studying drug-safety issues, we have often seen initial resistance or denial of a problem that later proved serious.

In the case of antidepressants, no one could imagine that drugs prescribed to prevent suicide could actually contribute to that very outcome. Family members and patients themselves often are able to detect adverse drug reactions long before companies or regulators acknowledge them. Nonetheless, it is crucial for patients and their families to be alerted to this potentially deadly side effect.”

“California’s judicial leaders on Friday took a major step toward reversing the foster care system’s rampant use of psychiatric drugs, approving a slate of new safeguards to make juvenile courts here the country’s most careful and inquisitive monitors of psychiatric care for abused and neglected children.

Beginning as soon as July, doctors will have to make a more convincing case to receive court approval to prescribe the powerful drugs too often used to control difficult behaviors in traumatized children. And for the first time, foster children will be offered greater opportunity to speak for themselves about how the medications make them feel.”

“Psychiatrists have been among the most vocal opponents, arguing that adding more paperwork to the already challenging work of serving children in the public health system will drive professionals from such service. Doctors complained to Judicial Council staff that the length of the new forms would actually reduce foster children’s access to care, because faced with the increased administrative burden, some psychiatrists and pediatricians would stop addressing the mental health needs of foster youth.'”

Note the report that psychiatrists have been “among the most vocal opponents” of the new regulations.  Also note the supreme irony in their warning that the regulations will reduce foster children’s access to psychiatric care.  That is the point of the legislation!

“Ted Dallas, the DHS secretary, said many children in foster care have already been abused or neglected, then are taken from the only family they have known. Inappropriately prescribing them medications compounds their problems. ‘That isn’t the right thing,’ he said.”

4.  Antidepressants can raise the risk of suicide, biggest ever review finds. Sarah Knapton, The Telegraph, UK.

“For years families have claimed that antidepressant medication drove their loved ones to commit suicide, but have been continually dismissed by medical companies and doctors who claimed a link was unproven.

The review – the biggest of its kind into the effects of the drugs – was carried out by the Nordic Cochrane Centre and analysed by University College London (UCL) who today endorse the findings in an editorial in the British Medical Journal (BMJ).

Experts said the review’s findings were ‘startling’ and said it was ‘deeply worrying’ that clinical trials appear to have been misreported.”

“One father whose son committed suicide after taking Citalopram has been monitoring suicides related to antidepressant medication for the last three years and has set up the anonymous campaigning website AntiDepAware.

So far this month there have been at least 35 inquests with deaths linked to antidepressants. Last year there were more than 450.

‘I can say, hand on heart, that I don’t remember reading a report of an inquest where a suicide verdict was applied to a child who had never been on any psychiatric medication,’ he said.” [Bold face added]

“Fourteen years ago, a leading drug maker published a study [the infamous study 329] showing that the antidepressant Paxil was safe and effective for teenagers. On Wednesday, a major medical journal posted a new analysis of the same data concluding that the opposite is true.”

“The dispute itself is a long-running one: Questions surrounding the 2001 study played a central role in the so-called antidepressant wars of the early 2000s, which led to strong warnings on the labels of Paxil and similar drugs citing the potential suicide risk for children, adolescents and young adults. The drugs are considered beneficial and less risky for many adults over 25 with depression.

Over the years, thousands of people taking or withdrawing from Paxil or other psychiatric drugs have committed violent acts, including suicide, experts said, though no firm statistics are available.”

“Prescriptions of antidepressants to young people surged in the wake of the study, increasing by 36 percent between 2002 and 2003, according to one analysis. The growth slowed after regulators ordered the black-box warnings on labels.”

Psychiatry is fundamentally flawed and rotten, and has been on Big Pharma’s life support system for decades.  The core of this life support is the suppression of information.  Ten years ago these stories would never have seen the light of day.

But the dam has been breached.  So far it’s just a trickle.  But pharma executives and accountants are not stupid.  They know the score.  They know that they are in the drug-pushing business, and they understand the dynamics of advertizing and disinformation.

If the media continue to question and challenge the pharma-psychiatry hoax, then pharma will drop psychiatry like the hot potato that it is.  Indeed, it would not surprise me if pharma were already developing an exit strategy from this entire endeavor.  This strategy will be activated when the cost of doing business (including the cost of negative press) begins to significantly threaten the profit potential.

There are also some psychiatrists who can see the writing on the wall, and are working to get themselves on the right side of history.  But the great majority – including the APA leadership – have their heads firmly buried in the sand.  They console themselves with the notion that the anti-psychiatry movement is just a band of misinformed malcontents, who refuse to acknowledge the great service that psychiatry performs for its long-suffering customers.  The APA even hired Porter Novelli, a prestigious PR company, to redesign their logos, in the deluded notion that this would somehow allay the fundamentally flawed and destructive nature of their activities.

Meanwhile, the trickle is growing.  We will see more articles criticizing psychiatry in the mainstream media, and more efforts on the part of legislators to curb psychiatry’s rampant drugging.  As the tide of criticism rises, we will see psychiatry’s recruitment problems increase.

As the “illness-like-diabetes” hoax, which was promoted avidly by psychiatry, continues to be exposed, we will see an increase in lawsuits from customers who feel betrayed and used.

And when the spotlight turns – as it inevitably must – on the role that psychiatric drugs have played in the mass murders/suicides of recent decades, the fallout for psychiatry will be catastrophic.

On our side of the issue, all we have to do is continue speaking the truth and exposing their lies.  Psychiatry will do the rest of the work for us. 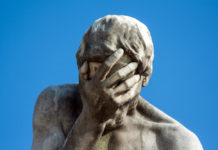