In a guest blog for the Scientific American, a psychiatrist in training, Nathaniel Morris, argues that the field needs a “wake-up call.” “When it comes to reinforcing stigma against the profession,” he writes, “we can be some of the worst offenders.” 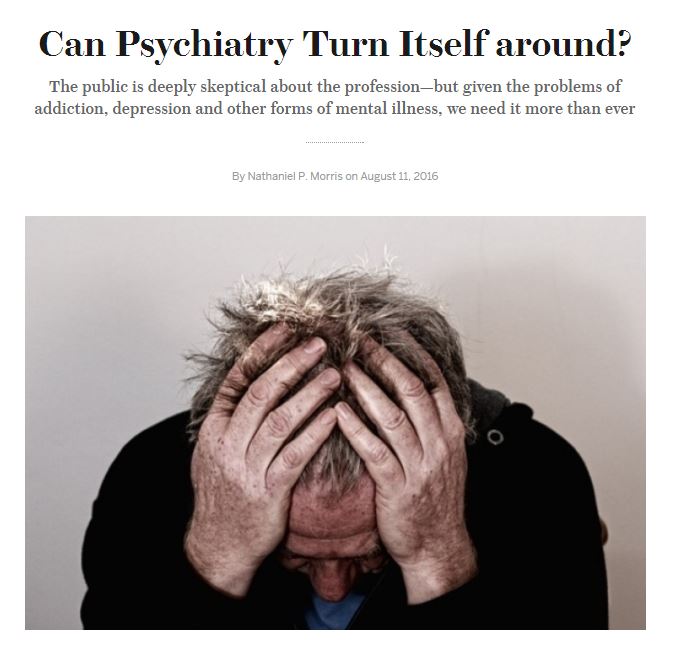