In a new study published in the Journal of Alzheimer’s Disease, researchers analyzed and compared the risk of mortality between commonly prescribed antipsychotic drugs amongst community-dwelling individuals with Alzheimer’s Disease (AD). Community-dwellers is a term often used to refer to elderly individuals who do not live in nursing homes. The team led by Finland-based investigator Marjaana Koponen, found that using antipsychotics was linked to a higher risk of mortality for this, a rate that was maintained throughout long-term use. The risk was greater for individuals using multiple antipsychotic medications concomitantly.

Antipsychotics are frequently used amongst individuals with dementia, including AD, to treat behavioral and psychological symptoms such as aggression and agitation. However, research has found antipsychotics can increase the risk of having a stroke in this population, in addition to other severe side effects. Previous research has found similar findings of increased mortality rates. Despite prior studies indicating safety risks of antipsychotics, clinical recommendations to reduce prescriptions, and Alzheimer’s-focused organizations’ focus on antipsychotic use reduction, prescription rates continue to be problematic.

For this study the authors utilized data from a nationwide register-based study that included individuals in Finland, who were living outside of nursing homes and care facilities, and diagnosed with dementia between 2005-2011. The study excluded individuals not using antipsychotics; individuals with a history of psychiatric disorders; and those with active cancer. Their sample was made up of 70,718 individuals, although only a percentage of that data was used based on antipsychotic use criteria. Death and causes of death were retrieved from another database, and the researchers excluded all cases in which cancer was a factor. Their analysis focused on risk comparison between the drugs, risk and length of use, and risk based on number of antipsychotics taken.

Of the most commonly prescribed antipsychotic drugs haloperidol (e.g. Haldol) was associated with the highest risk of mortality, followed by risperidone (e.g. Risperdal), and quetiapine (e.g. Seroquel). Further, the researchers found that antipsychotic polypharmacy (i.e. the prescription and usage of more than one medication) carried a higher risk of mortality than monotherapy. Results of their analysis also showed that although the risk peaked at the beginning of drug use, it remained increased in the long term, “even after two years of use”. Although previous research had already highlighted the association between antipsychotic drug use and mortality risk, this study contributed to the understanding of long-term use of these medications, as well as the risks caused by concomitant usage.

“In conclusion, the findings support current treatment guidelines on having a high threshold for antipsychotic initiation among persons with AD. Antipsychotic polypharmacy and long-term use should be avoided and drug choice should be weighed against risk/benefit evidence.” 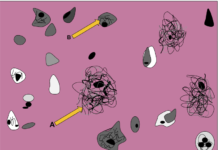