“Psychiatry is under criticism for its subjectivity and unaccountability. Brief crises are defined as lifelong conditions. There is no recognition of this ambiguity. Complaints are seen as symptoms. Patients are misunderstood or slandered. The pessimism of working in a Hospital causes Confirmation Bias. Psychiatry in its present form is based on a one-to-one interview that is then written up from the memory of the person who conducted the interview. This leaves a lot of scope for misrepresentation, and hard evidence such as videotape is not used. Nor is there group inter-rater reliability, but instead the creation of a “United Front” of Professional Vanity to prevent criticism.” 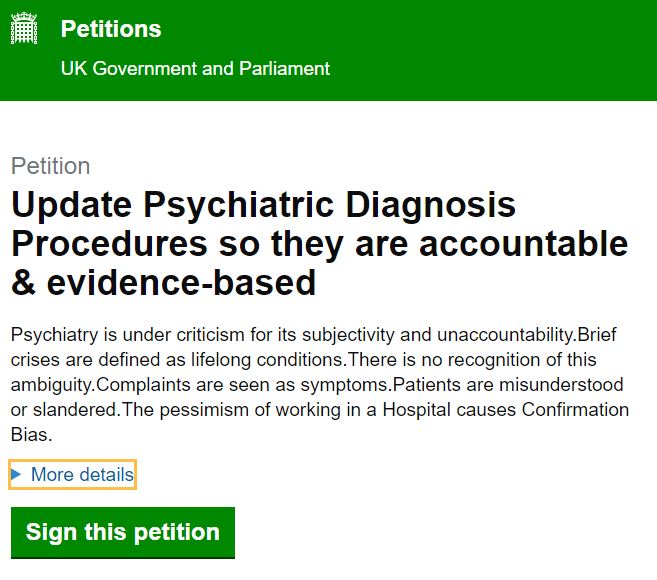 Mad in the UK