Seven years ago, I completed a six-year process of withdrawing from six psychiatric drugs.  That process was the impetus to start speaking up about what is happening in psychiatry with far too many of us being gravely harmed.

My story of iatrogenic harm was shared in November a few years ago on Dr. David Healy’s website RxISK: Monica’s story: the aftermath of polypsychopharmacology.

I also have a page on my website that documents my withdrawal journey in particular for more details: Monica: withdrawal documented.

I’m still recovering from the grave harm incurred by the drugs. For some of us with severe withdrawal syndromes the process can take several years. My birthday and my seven-year anniversary off of psych drugs was February 9th. I usually do a video and post that day, but I was actually in bed most of the day and didn’t feel well at all… hence the video and post today.

For more on this anniversary visit Beyond Meds. 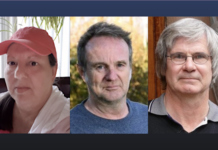