I was imprisoned for six hours because I removed a flyer from a bulletin board.

I was handcuffed, shoved into a police car, battered, confined and secluded, put in more restraints, injected with a tranquilizer, and tortured, all because I took a piece of paper off a wall.

That’s not the whole story, but it does completely encompass the part of the story where psychiatry was involved. I caused ten cents worth of property “damage” (really property improvement), and therefore no longer had any human rights.

When we talk about the most absurd aspects of the psychiatric establishment, it’s important to avoid throwing members of our movement under the bus. Someone who was imprisoned much longer than six hours shouldn’t ever have the length of time used as circular evidence that the length of time was correct. Someone who really does hear voices isn’t any more deserving of being locked up and tranquilized than someone who doesn’t. At the same time, I have to tell my own story accurately, and what I was locked up for was taking down a flyer.

My story, like many others, is proof that there are no checks or balances in the field of psychiatry, least of all in forced treatment in psychiatric prisons. No stopgaps, no fail-safes, no consequences. No way to ensure even proper enforcement of the blatantly discriminatory rules currently in the law books, much less the system of informed consent we should have.

As you may have guessed, the so-called “vandalism” of a bulletin board was merely an excuse used by people who already wanted to get rid of me for other reasons. I am (or was) a college student, and I always identified as having a disability, rather than a “mental health” issue, which tends to scare the DSPS office because they know the D in their title stands for Disability (even though the ADA covers “mental health” too, but I digress). When I wasn’t disrupting classes by raising my hand to ask questions, I would go to the office to make violent and threatening comments like “there is a federal law called the Americans with Disabilities Act” or “advising me to drop the class is not an accommodation.”

Fast-forward to a totally unrelated situation: I see a flyer in the Sociology department that says “Look at all these famous, successful people who all majored in Sociology, even though that has nothing to do with any of their current careers! Correlation is the same as causation!” I thought “misinformation does not belong in a place of learning” and took it down. Oops, a teacher saw me — a teacher who knows my name. Double oops — a teacher who also found out that I’m Autistic three days ago as part of a class discussion of obscure holidays.

For a neurotypical student, this transgression would probably warrant an assumption that the flyer was for an event that had already passed, or at worst elicit a halfhearted “hey, don’t do that.” But since all Autistic people are ticking time bombs ready to become serial killers at any moment, this teacher naturally called the police, who naturally heard the ridiculous “I fear for my life” part more clearly than the “he* took down a flyer” part and actually responded to the call (*I’m a they, not a he, but this teacher is transphobic too).

Two police officers arrived, and soon realized that they didn’t have shit to arrest me on, but since information on my disability that’s illegal to share with them had been shared with them, they decided they could detain me “for a psych evaluation” just because they felt like it. Being handcuffed and transported in a police car, not an ambulance, it felt an awful lot like an arrest. They would later claim that a 5150 hold is what they meant by psych evaluation, which is already defined way too broadly (danger to self OR others — you can detain me for skating without kneepads?), but they didn’t even meet the minimum legal criteria for that.

Apparently that doesn’t matter. A police officer saying that I should be confined in a psychiatric prison made it so. There was no one else other than those police officers to make the judgment call about whether an evaluation was warranted (unlike for example the grand jury system, which determines whether a case has enough merit to even get a trial). No one at intake asked to see any kind of warrant or documentation — they just took the word of the cops, despite my verbally informing everyone I saw that they were now witness to a crime.

Come to think of it, no contact was made with a licensed psychiatrist at any point in this psychiatric process. Hell, there wasn’t even a physician. I was arrested, tried, and convicted by two police officers, no one else. Once I was admitted into the psychiatric prison within a larger hospital, one cop left and the other went inside the prison with me, which I’m sure violates all kinds of privacy laws. More importantly, it tells us two things about hospital policy:

The same could be said of the nurses who carried out my sentence: They took it upon themselves to both enact the direct physical battery (and restraints, and seclusion, and torture) and to prescribe forced medication. Without asking any diagnostic questions (including about potentially fatal allergies), a nurse injected me with what I later found out was Ziprasidone, a tranquilizer marketed as an antipsychotic. Mind you, I was not psychotic, nor was I ever “diagnosed” as such by anyone, nor did any cop or nurse involved even claim that I might be psychotic – and even if my actions were attributable to psychosis, they still wouldn’t warrant an act of forced, invasive, and mind-altering medical violence in response.

The best “medical care” I received that day was from an intern nursing student who checked my eyes using a cellphone flashlight. That was the person who finally realized that there was nothing wrong with me and I should be released immediately. I can only assume that because she hadn’t been in this industry for long, she hadn’t yet unlearned the natural instinct to view other people as human beings with the basic rights to dignity and nonviolence.

Luckily for me, the student intern was granted the same unilateral decision-making power as the cops and nurses. Tell me what’s wrong with this picture: I am now in a position of being thankful that the least qualified person in the building had the maximum authority over my fate.

If I really did have a so-called “mental health diagnosis” from a psychiatrist, or if I weren’t able to keep my composure because of the mind-altering drugs they injected me with, dare I wonder what different decision the all-powerful intern might have made?

The deciding factor in both my imprisonment and my release was whether someone perceived me as fully human. The worst part of the whole experience wasn’t being drugged. It wasn’t the initial arrest, it wasn’t the complacency of witnesses, and it wasn’t being restrained, secluded, or tortured. It was being dehumanized — like when I tried to memorize the names of my assailants for the malpractice lawsuit. I have the names of the police officers and the nurse who drugged me, but another nurse flipped his name badge to hide his own identity, and never showed up in the hospital record. I had shouted repeatedly “That man! What’s his name?” to which he responded “No, my name’s not Jackie Chan” and laughed.

This was when I began to see firsthand the ways that all the violence against me would be retroactively justified. In that nurse’s perception, I was not human. I was part of another species called Them Buncha Crazies.

If I had tried having a calm dialogue about how the Mad Pride and Neurodiversity movements argue “natural variations of the human race” over concepts of “illness,” that too would have been met with laughter — but not because we aren’t respected among scientists, not because we don’t have enough people who agree with us, and not because we challenge the status quo. Anything I had said would have been laughed off, for the same reason you laugh at a parrot when it says something that sounds human (even though some parrots have shown that they can in fact understand human speech, which just makes this a more perfect analogy).

You wouldn’t try to have a serious dialogue with every animal you meet, and by the same logic (or at least they see it as logic), psychiatrists and doctors, and apparently also nurses, don’t consider it a real conversation when they hear language sounds from something that is biologically homo sapien but can no longer be called a person (their phrasing, not mine) now that it has a relationship with psychiatry.

In a psychiatric prison, there is no distinction made between different disabilities or neurominorities. We are all the same to them. Where a self-identification of Mad may be used to reject labels, an other-identification of Them Buncha Crazies is used to reject individuality. I became a non-person as soon as the word “disability” was passed around. No one had to say “mental health” to the cops, because it’s assumed that being disabled is the same as “mentally ill,” and “mentally ill” is the same as “dangerous.”

This may sound counterintuitive, but being lumped together by the psychiatric establishment is exactly why we must lump ourselves together. When we fixate on specific labels, we are tripping over our own feet in the fight for equality. The problem isn’t that the labels aren’t legitimate — I’m Autistic, and therefore, autism exists. The problem is when we are inspired to overly limited missions such as “autism isn’t a disorder, so let’s tear one page out of the DSM, without worrying about what’s on the other pages or even challenging the fundamental concept.”

If we all stick to our own specific sub-communities, we will never challenge the psychiatric establishment. I can argue all I want that autism is genetic and genetically formed brain types can’t be illnesses — it wouldn’t have made a lick of difference, beyond that ableist teacher maybe needing to find a different “ist” to target me by (I’m a transgender atheist Jew, take your pick). The cops and the nurses could have even agreed that autism isn’t a mental illness, and still done what they did. Once your body enters a police car or an ambulance, it doesn’t matter what labels you carry or what the apparent “symptoms” are.

Insane Medicine: How the Mental Health Industry Creates Damaging Treatment Traps and How You Can Escape Them 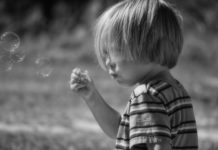