In a recent commentary in Lancet Psychiatry, Veryan Richards, member of the Royal College of Psychiatrists Patient and Carer Committee, discusses the importance of language in mental health care. Richards argues that language has a powerful impact and therefore more efforts should be made to use language that is destigmatizing and accurately descriptive. Richards writes:

“In the context of mental illness, mental health, and wellbeing, negative words can be experienced as condescending, isolating, and stigmatizing, whereas positive words can convey dignity, empathy, and hope.”

In 2017, The Royal College of Psychiatrists outlined eight core attributes of good psychiatrists, which include communication, humility, respect, and trust. According to Richards, this “reinforces a stronger, values-based climate which should influence the principles that shape the language and terminology used in person-centered mental health care.” Richards is a proponent of first-person language, which first acknowledges a person and then identifies a condition (e.g., ‘a person with psychosis’ versus ‘a psychotic person’).

Richards argues that the phrase ‘mental health problems’ is often too vague. She suggests this phrase could be problematic when used for common experiences, stating “we should remain alert to overmedicalizing experiences and challenges that would be better understood as a response to social or economic factors and normal human experiences.”

At the same time, she proposes that using ‘mental health problems’ as a euphemism for more serious illness or crisis is also unhelpful. She writes, “some current terminology should be adjusted if parity is to be achieved within the language used in health care.” Richards gives the example of times when ‘patient’ may be the preferred language over ‘service user’ in medical settings.

Richards believes that a language shift can improve shared decision making. She states, “the quality of communication can facilitate a ‘doing with, not doing to’ clinical approach.” She also cites the 2015 UK Supreme Court judgment, Montgomery v Lanarkshire Health Board, which “raises the status of shared decision making from guidance to a legal requirement and concludes that all doctors need the communication skills required to support this process.” Therefore, she recommends medical schools require students to be trained in communication skills.

In a recent BMJ commentary, Richard Smith called for more straightforward, precise language to be used in medical academic writing so it would be more accessible to the general public. Medicalized language has become part of everyday conversation, and this language impacts how people think about mental health, mental ‘illness’ and recovery.

Richards concludes, “It would enhance the quality of care, at no extra financial cost, if everyone engaged in mental health policy and service delivery were to commit to shaping and influencing a culture and standard of communication which diminishes stigma and promotes language that is appropriate, respectful, and empowering.” 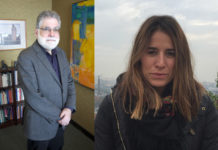 A Biopsychosocial Model Beyond the Mind-Body Split