Let me summarize for you a story told to me by the mother of a 14-year-old teen whom she thought had emotionally gone off the deep end. It centered around an Airsoft gun battle her son, Billy, had planned for days in advance. It was all he could talk about, morning, noon and night. He hogged discussions and rattled on in minute detail about the types of guns and ammo he and his friends would use and how he was going to redesign the back yard into a warzone. His excitement was palpable. It irritated Billy when family members failed to share his excitement. Anyone in the family who hinted at his plans being overly ambitious was fair game for being yelled at.

In setting up the event Billy refused help from anyone. He was a boy on a mission. His mother saw a disaster in the making. The morning of the event Billy got up at 4am and was in the garage busily constructing and spray-painting props. Empty spray-paint cans and torn cardboard were strewn everywhere. At about 10am his mother stuck her head in the garage door and asked sheepishly if he needed help. Billy shouted at her to leave.

Yet somehow Billy was able to single-handedly pull the event off. The backyard was, indeed, converted into a warzone for the afternoon. The way Billy and his friends greeted each other when they arrived at the house embarrassed his mother. They screamed comments like, “Hey asswipe, I’m gonna wipe your ass out there today,” and “I’m going to own your ass.”

There was a definite buzz in the air. Billy was exuberant with all the attention he received for his warzone design. He could hardly contain himself. In a frenzy he chased one boy around the backyard and punched him on the arm so hard, Billy’s mother thought the boy would pass out. Instead, the boy laughed hysterically.

Billy gave his mother strict orders not to bother them in the backyard during the battle. It went on for hours. She snuck peeks out the window. At times there was utter calm and silence. The boys hunkered down in hiding spots, waiting for sniping opportunities. At other times there was all-out pandemonium. The boys ran around wildly and screamed at the top of their lungs. One event involving Billy troubled his mother, more than it intrigued her. Billy snuck up on a friend and shot him repeatedly with pellets. He then stood on his stomach with both feet, simulated masturbation and roared out, “I rule. Eat me sucker!” The friend played dead and didn’t even try to push him off.

Had Billy emotionally gone off the deep end, as speculated by his mother? Actually, in my estimation, Billy shows hallmark signs of what we might call healthy teen mania. The excitement and elation he feels are focused around a set of highly desirable teenage goals. The goals are to impress his friends, achieve social status, and demonstrate his daring and heroism. He also wants to declare his independence, show he can do things on his own without parental input. Psychologically, there’s a lot on the line. If the event is successful in every way his friendship bonds are strengthened, and he’s a hero for the day. He can say “I told you so” to those in his family who questioned his ambitiousness and capacity for independence. If the event fails in every way, his friends think he’s uncool, they thereafter avoid him, and he’s a loser. Family members then get to say to him, “I told you so,” and he feels childish and foolish.

Naturally, Billy is both excited and stressed. He can hardly contain himself. Talking up the event, even overtalking it, is Billy’s way of trying to sustain the energy necessary to execute his plan. It puts fuel in his tank. Puffing out his chest and appearing overconfident are his way of convincing himself he can actually stage this event.

Billy is taking some huge risks in planning the event to begin with. Would his friends show up? Would they, like he, think his backyard warzone was awesome? Would they be better snipers than he? In battle, would they dominate him or he dominate them? With risk comes excitement and dread. On the one hand, there’s the anticipated joy over wished-for success that has to be self-contained. On the other hand, there’s the anticipated dread of defeat. Understandably, Billy is intensely tense.

What about Billy’s obscene gesture standing atop his friend? Alas, that’s nothing other than the age-old manic gesture evolutionary psychologists say is part of a “winning subroutine.” Rather, a 21st century version of it. He’s demonstrating for all to see that he’s truly won, that he’s the victor and his friend the vanquished. Doing it in a brash, cocksure way conveys that if there’s any attempt at a comeback by the vanquished, he’ll be even worse off. If the vanquished reopens the struggle he’ll get completely pummeled. Billy’s manic gesture of conquest is successful. His friend yields, accepts defeat, and plays dead. Evolutionary psychologists say this “winning subroutine” is hard-wired in our brains. It’s a script that maintained rank, status and social order in human groups for millennia.

Mania exists on a continuum. It can be adaptive, as in Billy’s case, or maladaptive. Maladaptive forms of mania tend not to involve a frenzy of feeling and action around a central project. The person flits from one project to another, starting new ones as quickly as old ones are dumped. There may be little rhythm or reason connecting old and new projects. An example of this would be a teen who, one week, out of the blue, announces that she’s bent on becoming a top-class swimmer. School is skipped and meals passed up as she spends every waking minute in the pool. She charges hundreds of dollars buying one swimsuit after another, none of which seem to please her. Attempts to reel her in by parents are experienced as them trying to kill her “one true dream in life.” She rages at them for being so cruel as to get in the way of her dream. Within days or weeks, she’s onto a new project. This time it’s painting. She’s blasé when questioned by her parents about swimming, or flies into a fury berating them for not understanding she’s a creative person with a lot of dreams.

The grandiosity you see in maladaptive mania is different from overconfidence. It’s not just someone stretching the truth about what they’re capable of. It’s them making it up. In a manic state, the grandiose teen is the one who makes utterly incredulous self-assertions. The people hearing them may feel embarrassed for him. Yet the teen would have no sense of the shame and embarrassment surrounding his self-assertions. This might be a teen who, in all seriousness, unabashedly announces that John Lennon had a lousy voice and if the clock could be turned back the teen could do a better job singing for the Beatles. A statement made despite having little background as a singer. He might be prone to talk a blue-streak about his expected success as a singer, putting in little practice and networking to realize this goal. Grandiosity here is an impediment to success because there’s a belief that success is inevitable, rather than striven for.

It is important to distinguish, and not simply pathologize, experiences that are manic-like because they are time-honored states of mind associated with aspiration, ambition, and goal-achievement. The need to generate boundless energy, overtalk the issues to sustain single-minded focus and motivation, and have a somewhat grandiose vision of what can be accomplished, combined, can eventuate in a manic mix of tendencies necessary to bring higher-order goals to fruition. 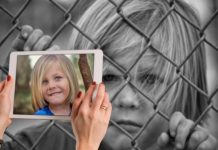 Archives (Popular Posts From the Past) 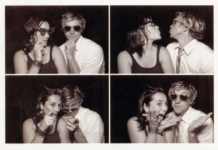 His Lovely Wife in the Psych Ward (Podcast)