In the psych ward where someone I work with has been for several months, there are currently four books: the Koran, the Bible, the Big Book of Alcoholics Anonymous, and my new book, Freedom From Psychiatric Drugs.

His parents bought my book for him and had it sent to him at the long-term psych hospital. I’ve been talking to him almost every day and he’s been reading my book there, a little each day as he paces up and down the halls. Hearing that there are few other books there, and which books they are, brought some excitement as well as thoughts about psych wards versus prisons since prisons allow book donations.

The idea of my bright blue book being on a psych ward at all, just a month after self-publication, made me ecstatic. I imagined it like a glowing box of light in a dim room.

Hearing the list of which other books made it onto the psych ward made me think of how, compared to prisons, psych hospitals shut down potential leaning and evolution in more extreme ways, in some regards.

My friend asked if the hospital takes book donations. Books to Prisoners is a big thing, as is writing letters to prisoners. Prisoners often take college courses online while incarcerated. They can write and receive emails. Yet people in long-term psychiatric facilities don’t have these opportunities and primarily play games and do arts and crafts projects designed for elementary aged kids.

On the other hand, if someone’s thought process led them to a criminal activity, which presumably actually harmed or killed others, and they were not deemed insane, educational materials would be considered safe and helpful.

The Koran, the Bible and the Big Book of AA are all radical texts in their own right, or were at one time. Perhaps they are now considered safe, even for the “insane,” because they have organized religions/programs of conformism to keep people in line as they explore their ideas. I haven’t read each of these books in their entirety, and I only chose these three to mention because they were the exact books on the psych ward. Each is a sacred text to many and has impacted many lives as well as entire cultures.

What really excites me about all this, though, goes way back to my original messianic complex of sorts. It was tied in with my own experiences in psych hospitals 18 years ago, and what led up to them. Part of what got me to perform psychosis, and get labeled with it, was the sense that I had something “else” to do in the world besides anything I could see prescribed for me.

I didn’t exactly think I was Jesus (who I didn’t grow up learning about) or any particular prophet, but I knew I was a prophet of sorts. Many of us are, and in fact there’s more of a stigma around owning one’s real prophetic connections and prophesies than owning a bipolar diagnosis, in most circles.

I didn’t care. People with what have been termed messianic complexes do not care what the world says or what anyone thinks of them when they are in initiatory stages. This is why they are impossible to control without drugs and confinement and why society fears them so much.

They are almost always a combination of actual visionary prophesy AND grandiosity to the point of disregarding and taking advantage of others. I certainly was. Most people I have worked with and known over the past 18 years have been.

Still, if they were respected and supported to birth their visions and prophesies, they would not need to resort to such grandiosity and wreckage. If a vision is determined to be born through someone and everyone says, “You’re crazy, you’re crazy, get back in line and act like the rest of us,” of course they will revolt, hence the “crazy” are made dangerous.

Of course there are many ways of looking at it, and I’m only presenting one, yet that messianic complex I once had—and once went crazy to uphold—flashed back to mind when I heard which books my book was accompanied by in the psych ward.

I wondered if maybe in a few hundred years or sooner, my “bible for psychiatric survivors” would be regarded as a sacred, timeless text to be read by everyone. I could be labeled full-on grandiose, delusional and outlandish for thinking such a thought, yet in part of my mind it was a prophesy!

Something alive and awake in me lit up with a “YES ABSOLUTELY” when I had that thought. With “OF COURSE YOUR BOOK IS A FREAKING BIBLE and will be regarded as such.”

The question then becomes, why is a book like the Bible, which does contain wisdom for many, so accepted as THE Bible? The Koran THE Recitation, The Big Book THE BIG Book, the Torah THE Word.

And why do I feel excited that my book could be on level with the Bible and these books? Why has ONE TEXT, the Bible, for example, become what it is, a bible? It points as well to changes over the past few generations in terms of the multiplicity of voices that are now read by the masses and books that can be written with self-publishing.

I’d venture to predict that books like the Bible, the Koran, and the Big Book of AA will need to step aside just slightly, to make space for “new bibles” like mine (and so many others that many modern-day prophets have been writing) which do what those books did: addressed through a spiritual lens the key issues of their time and culture with spiritual solutions that proved timeless and applicable to people for many generations to come.

With current self-publishing capabilities, there’s little that can stop anyone with the slightest messianic complex from actualizing their potential as a prophet—except perhaps the tactics psychiatry employs: forced drugging, locking people up and limiting their abilities to communicate with the rest of the world.

This is why it may take hundreds of years to set free our prophesies rather than just a few. Ironically, actualizing one’s prophetic visions is exactly the right medicine for reducing grandiosity and sobering the messianic complex.

When I was hospitalized in 2001, I asked a fellow prophet/inmate/psych patient why I was there. On a scrap of paper, he wrote, “You must walk the path in order to show the way.”

When the vision is actualized, the purpose becomes clear and it is so much louder and more relevant than the grandiosity OR those who feared it. 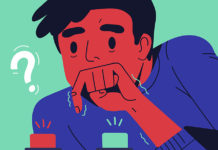 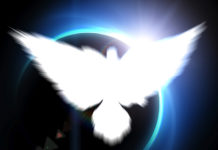 What I Have Learned from My Psychosis 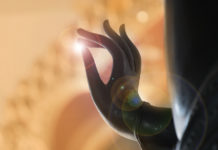 Who Are They to Say I Wasn’t Buddha?