As I was scrolling through my Twitter timeline last weekend, I came across this tweet from The Treatment Advocacy Center (TAC), a mental health nonprofit that promotes and lobbies for stronger involuntary commitment laws. The tweet reads:

“#ICYMI [in case you missed it] New research finds poor medication adherence is a significant factor in predicting future violence for those with schizophrenia.”

TAC and its founder, E. Fuller Torrey, regularly publish and promote this type of research, which implies that people diagnosed with mental illness are more likely than the general population to become violent, and thus need to be subjected to involuntary treatment on occasion.

While a fair portion of TAC and Torrey’s research has been debunked (including in an MIA report I co-authored with Robert Whitaker), the talking points they distribute still get referenced almost daily by news publications across the country.

The September 21 tweet linking poor medication adherence to violent behavior piqued my curiosity: Did TAC actually uncover research proving that poor psychiatric medication adherence plays a “significant” role in whether people diagnosed with schizophrenia become violent? If such research does exist, is it compelling and clear-cut?

I clicked the tweet’s link, which redirected me to an article on TAC’s website titled “Violence and Schizophrenia, Infrequent but Clinically Important,” accompanied by a cartoon of two people fighting. Written by TAC’s Director of Research, the article summarized the results of a “new analysis” of an early 2000s, 18-month randomized control trial (RCT) of 1,435 individuals in the U.S. being treated for schizophrenia. The goal of this new analysis, according to TAC, was to examine “factors that may predict violence that hurts someone else or violent behavior that does not injure anyone such as violence towards objects or verbal assaults.”

Halfway down her summary of the study, TAC’s research director noted that the researchers (unaffiliated with TAC) found that:

In fact, according to the original study, only 77 (5.4%) of the 1,435 study participants reported that they engaged in “injurious violence” during the 18-month follow-up period. Associating violence with mental illness based on the behavior of a small group of individuals (which E. Fuller Torrey has done before) seems imprudent. Yet, that’s what TAC did with its tweet linking poor medication adherence to an increased risk of violence.

Finally, the researchers warned against using involuntary hospitalization to manage the risk of violence in people being treated for schizophrenia (see the article under the heading “Indications for Risk Assessment and Management“). TAC conveniently withheld this warning from its summary and Twitter post.

Confronted with a study showing that only a small subset of people diagnosed with schizophrenia become violent; that violent behavior is often the result of being a victim of violence, being in the throes of a drug addiction or being a victim of childhood sexual abuse; and that involuntary hospitalization is not an effective tool for managing the risk of violence, the Treatment Advocacy Center cherry-picked a single data-point about poor medication adherence to promote its forced treatment agenda. 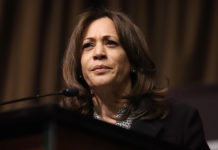 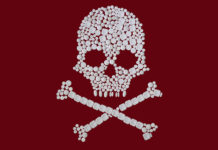 Prescripticide: A Proposal for Action and a Request for Your Help