From The Conversation: “We have come a long way since the days of viewing ‘mental illness’ as a sign of weakness, but we are lagging behind in our attitude towards BPD. At least part of this stems from the way we frame the condition, and from the name itself.

Rather than as a personality disorder, BPD is better thought of as a complex response to trauma. It’s time we changed its name.

How common is BPD?

BPD is strikingly common, affecting between 1% and 4% of Australians. It is characterised by emotional dysregulation, an unstable sense of self, difficulty forming relationships, and repeated self-harming behaviours.

Most people who suffer from BPD have a history of major trauma, often sustained in childhood. This includes sexual and physical abuse, extreme neglect, and separation from parents and loved ones.

This link with trauma – particularly physical and sexual abuse – has been studied extensively and has been shown to be near-ubiquitous in patients with BPD [yet] the Diagnostic and Statistical Manual of Mental Disorders (DSM-V) does not mention trauma as a diagnostic factor in BPD, despite the inextricable link . . .

What could a name change do?

Explicitly linking BPD to trauma could alleviate some of the stigma and associated harm that goes with the diagnosis, leading to better treatment engagement, and better outcomes . . .

Thinking about BPD in terms of its underlying cause would help us treat its cause rather than its symptoms and would reinforce the importance of preventing child abuse and neglect in the first place.” 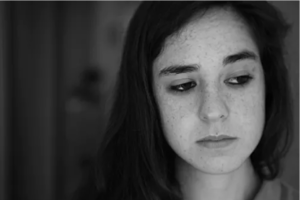