Life should not be this difficult. One of my prominent thoughts lately. A sentiment I’ve heard expressed in many ways by more and more of my millennial peers too busy trying to make ends meet in modern America for meaningful relationships (think about that for a minute: we are social creatures. We need each other on so many levels for survival. And yet, so many of us are working so much just to survive that we have no time for the main component of survival: each other).

Life should not be this difficult is also the first sentence on the back of the bookmark that came with my review copy of Susan Rosenthal’s Rebel Minds. Rosenthal is a retired Canadian physician who doesn’t know how deeply her work validated and saw me. And, if you’ve been struggling, wondering what’s wrong with you that you can’t make the system work for you the way you’re being told “anyone” can, if you’re heavy with doubt that you have anything useful to give the world, if your skills and talents are worth more than minimum wage at a dead-end job, then she sees you, too. And if you’ve been having trouble diagnosing “the problem” — having tried everything that seems to be on offer in the marketplace: career counseling, therapy, coaching, deep breathing, rapacious self-care — then Rebel Minds will be a balm to your brain.

I’d put down nonfiction for the last year or so, I thought for good, because it seemed that every book followed the same pattern: spend the first 98 percent of the book delivering an annotated explanation of the problem in monstrous detail and the last two percent presenting platitudes the author calls “solutions.” I hit fear fatigue — there is only so much being thoroughly terrified by all these huge problems and just as powerless that one’s adrenals can take — and switched to reading novels. (All you nonfiction authors out there, take note: informing the reader of just how big, bad and ugly your problem of choice is will not motivate them to take action, especially if no clear ways to action are evident.) But I’m so glad I didn’t miss Rebel Minds.

Rosenthal seems to follow the pattern outlined above, but she has a good reason for it. In the first place, most of us are confused about what capitalism is. Many think it’s an economic system where goods and services are exchanged for currency. The dictionary definition is “an economic and political system in which a country’s trade and industry are controlled by private owners for profit, rather than by the state.” Even if the state were not, as Rebel Minds makes extremely clear, itself an extension of capitalism, Rebel Minds argues that capitalism is in fact neither an economic system or a political system. It is actually a caste system in which there are only two classes: the privileged, first-class owners and the lowly workers who could actually crash the system if they banded together (which capitalists have disabled through the propagation of abusive ideologies that go totally against human nature like “individualism,” which has translated to the frenetic, fruitless busyness I mentioned above) and simply refused to continue providing the services the owning class absolutely depend on since they’re not willing to do the work themselves. In that way, capitalism is full of irony: it claims to be a system based on merit (work is proportionately rewarded); yet those that do the least work feel entitled to the most money. While we’re here, if capitalism were truly truly based on merit, the richest people in the world would either be women in sub-Saharan Africa who haul water for their families eight hours a day and/or garbage men, whose likely unpleasant work keeps the rest of us from dying nasty, undignified deaths of infection or unseemly disease.

In the second place, the McCarthy area baked fear of socialism and the conflation of communism and socialism (deliberately concocted by the capitalist class) into mass consciousness that lingers today, such that even many people my age and in my city (Seattle, where we have a registered Socialist on our city council) seem confused. Her synthesis of a metric ton of research is justified even as it paints a grim picture — one of her chapters is even titled “We Are In Deep Shit.” In the case of Rebel Minds, though, the volume of material detailing the problem struck me as educational not just because I was not (again, deliberately) taught much about the history of the worker’s movement and was (again deliberately) miseducated about the Russian Revolution (how many others of you readers think “Bolshevik” is basically a four-letter word?), but because, though I don’t equate communism and socialism, I didn’t know much about the latter at all. I don’t think I’m the only one.

We have all been trained to think like capitalists. Everything is about monetizing, marketing and selling. An astounding amount of effort is spent on trying to resolve funding issues — how to get enough, whether to take “dirty” money (as if there’s any other kind in a capitalist system), budget reviews, people building entire careers on helping other people get jobs; literally everything is about how to make the system work better or work for you. No one talks about simply trying to end the need for/dependence on/addiction to money itself. As the late Ursula Le Guin, prominent sci-fi author, once said: “It is easier to imagine the end of the world than it is to imagine the end of capitalism.” Rebel Minds makes a superb case for why failing to try to imagine the end of capitalism will guarantee the end of the world.

After establishing a clear case for capitalism being at the root of the gratuitous suffering in the world today, Rosenthal delivers her call to action toward a socialist movement in a clear, direct voice that offers as concrete of solutions as possible, given the subject matter. After all, the entire point of socialism is that people are free to create and innovate ways to take care of everyone’s needs; a prescription for how to do so would be more of the same of what we have now. Which is the main reason Rosenthal argues capitalism must end: coercion. If you equate money with access to life-sustaining resources, you compel people to work. Undergirding this philosophy is the lie brought to you by the owning class (the capitalists) that people are inherently lazy and will not work unless you force them to do so. But coercion, especially for as little compensation as possible — for that’s really what a minimum wage is: it’s saying “I would pay you less but it’s illegal to do so” — motivates people to find ways to rebel. As Rosenthal explains, “Self-determination is the ability to make your own decisions. It is the opposite of standardization, where those with more power impose their decisions on you… It is impossible to deny the right to self-determination and also relieve suffering.”

Coercion is not the only damaging feature of capitalism. Rebel Minds discusses everything from the creation of the nuclear family unit as an instrument of capitalism (not to mention an ostracization tool commonly wielded, often unwittingly, against those who do not have a nuclear family) to the reliance of capitalism on the philosophy of individualism and the psychiatry industry. “Distressed people need support,” Susan writes. “While some are helped by the ‘mental-health’ industry, many others are made worse. The capitalist system offers no alternative. . . . The ‘mental-health’ industry was not established to support people, but to individualize and medicalize the social misery created by capitalist rule.”

Reading Rebel Minds made it clear to me the nature of my suffering. It’s not that I lack needed skills. It’s not that I haven’t found my perfect career and just need to keep slogging through skills assessments, personality tests and cognitive measures. I don’t need to listen to more podcasts, take this or that expensive and impersonal online course in job search prep or manifesting money, hire a “heart-centered life coach” who will claim to help me align my soul with my work in the world to “magnetize abundance.” I don’t need to figure out how to make the system work for me; “capitalism,” as Susan writes, “is not a broken system. It is a system that breaks human beings.”

And then it blames, to the tune of nearly $8 billion dollars, those human beings for being broken. Psychiatry is not just about the work of categorizing and labeling people in order to make them into sources of recurring revenue for a few self-appointed experts, as damaging as that in itself is. Psychiatry is a goiterish outcropping of the capitalist system that requires human beings to become machines — in other words, replaceable if not unbreakable — whose purpose is to mass produce whatever the capitalists have convinced people they need. In order to turn human beings into machines, the human beings have to become as standardized and mass-produced as the products “the market” needs. Psychiatry’s role, Rebel Minds makes clear, is to prepare the population for capitalism’s purposes, and to cull the humans who it fails to prepare.

The relationship, Rebel Minds points out, is symbiotic: just as capitalism needs psychiatry, so, too, does psychiatry need capitalism. Psychiatry trades in medicalizing and biologicizing human suffering, which capitalism produces an endless supply of; it’s a match made in heaven (which is, incidentally, often portrayed with gold-paved streets you access through giant pearly gates). As if manufacturing human suffering, treating the human soul and experience as a marketplace and then profiting off it weren’t enough for these two, they push it even further and delegitimize that mental and emotional suffering is real at all by concatenating it with physiological pain. And, as Rebel Minds illustrates, the capitalists have taken most of what’s been produced by the working class for themselves, leaving the workers to scramble to make ends meet. This, as I mentioned at the outset, results in no time for anything else, including the time and slowing down that mental and emotional distress demand of us if we want to treat them properly, which leaves people feeling like they have practically no choice but the “quick fix” medication is marketed as.

Another lie from the capitalists is a tributary to the almighty individualism so many people pride themselves on upholding: that people are competitive by nature. But what I need, and what Rebel Minds makes an excellent case for us all needing, is true belonging, which is the giving and receiving of care that includes but goes beyond sustaining life into supporting everyone to grow and create as humans yearn to grow and create. Capitalism — not bad parenting, not “mental illness,” not homelessness, not poverty, not anything else we’ve been told — is what causes people to be ugly to each other. Capitalism causes bad parenting, “mental illness,” homelessness and poverty. Let Rebel Minds convince you if you’re uncertain. And let Rebel Minds be the starting place for what you (when you join with others) can do about it.

Rebel Minds charges those of us who wish to see the end of mass suffering with the task of daring to imagine what it would be like to end capitalism before it ends the world, and then to create a new world. “The task of planning a future society properly,” as Rosenthal says, “belongs to those who live in it, and they will use whatever methods or models meet their needs at the time. Our task is to organize a socialist revolution to end class rule so that humanity has a future to shape.” 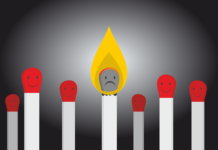 Can Mindfulness Help With Burnout? 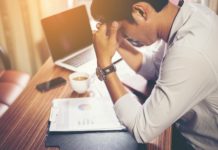 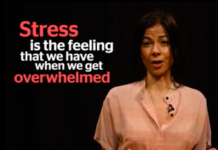