From The Guardian: “Oliver McGowan, a talented athlete who had mild autism and epilepsy, died at Southmead hospital in Bristol aged 18 after being given a drug for schizophrenia and bipolar disorder though he did not have those conditions or any mental illness.

His family say they and their son implored doctors not to administer olanzapine because he had reacted badly to it in the past and McGowan told those treating him: ‘Please do not give me antipsychotics, I don’t like them, they mess with my brain.’ But the teenager was given the drug and suffered a fatal brain injury.

An independent review published on Tuesday concluded that McGowan’s death was ‘potentially avoidable.'” 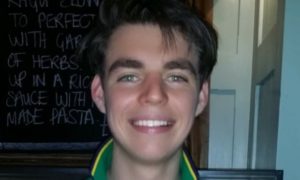