Findings indicated that the biopsychosocial, holistic treatment program produced significant effects linked to relief in depression and anxiety symptoms at the conclusion of the intervention and two months following the intervention. The medication-only intervention results were independently and comparatively poor—demonstrating “[n]o evidence of change on any outcome.” Although the superior treatment program’s comprehensive nature may make it more resource-intensive for clients and providers alike than medication-alone, these outcomes are compelling.

“The medical-disease model of distress and associated psychiatric diagnoses have been criticized for being overly reductionist, dismissive of complex lived experiences, and lacking scientific validity. Myriad possibilities exist for understanding and working through mental and emotional distress in ways that do not favor psychiatric diagnosis and medication taking, and young people, in particular, report preferences for such approaches.” 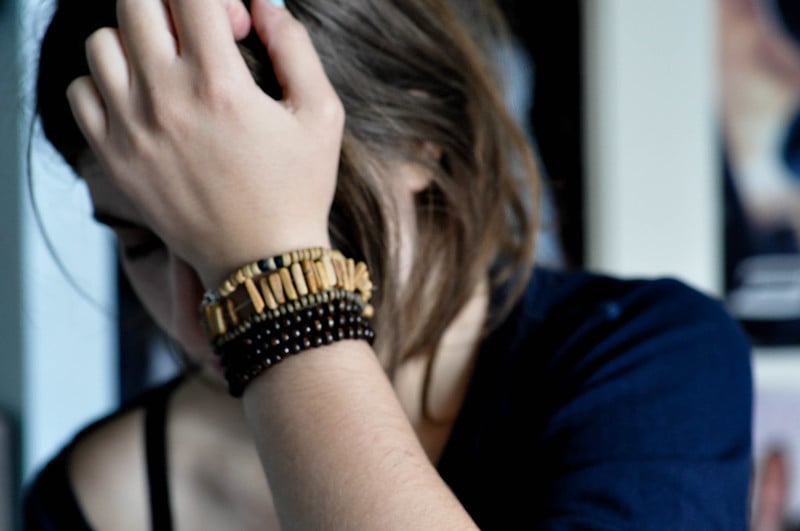 Depression and anxiety are both considered internalizing disorders, distinct in symptomology and impact. They share many similarities in cause and presentation (e.g., social determinants and implications) and popular treatment strategies (e.g., cognitive-behavioral therapy and pharmacological intervention). Although identification and intervention efforts associated with both have been scaled up in recent decades, research indicates that they continue to increase in prevalence among young adults.

According to a 2017 study cited by Hughes and colleagues, 12.7% of young people in the US over the age of 12 had reported having taken antidepressants within the past month. Psychiatric medication remains a common intervention strategy despite questionable evidence of efficacy, the potential for complex side effects, and growing evidence in favor of lifestyle and behaviorally oriented treatment approaches.

“Safety concerns, including suicidal ideation and behavioral toxicity, are routinely under-reported in drug- industry-funded clinical trials of antidepressant and other psychotropic drugs, suggesting that antidepressant prescription practices might be based on flawed evidence regarding relative benefits and harms.”

Hughes and colleagues’ project extends prior research by integrating an assortment of research-supported elements into a single, discrete, holistic program – the Learning & Self-development Collaborative (LSDC) – to combat anxiety and depressive symptoms. In this study, comparison group participants were exposed to antidepressant medication as an alternative based on its popularity in standard outpatient treatment.

The LSDC is an immersive treatment program that includes nutritional, movement, and psychosocial elements. Because it requires significant time and engagement from participants, individuals involved in the Hughes and colleagues’ study were given a financial stipend to offset associated burdens.

The LSDC challenges the medical model by focusing on naturopathic techniques, consciousness-raising, and emphasis on active participation through engagement in individual and small group services and participation in community-based activities.

“Program group participants were enrolled […] in a package of services spanning over 4 months, including: (1) an evaluation and three monthly follow-up visits with a naturopathic doctor for coaching on diet, sleep, and lifestyle adjustments that can affect mood, (2) a daily supply of a comprehensive multi-vitamin and multi-mineral supplement and pharmaceutical grade fish oil supplement […], (3) a weekly non-clinical group with trained facilitators delivering six units of a consciousness-raising curriculum alternating with seven weeks of peer support, and (4) a $100 monthly stipend ($400 total) for community-based activities of participants’ choosing.”

Study outcomes were assessed according to self-report measures of depression, anxiety, quality of life (QoL), physical QoL, psychological QoL, social QoL, empowerment, and social connectedness. Significant improvements were observed within the LSDC holistic treatment group across all domains but physical QoL and social QoL at the conclusion of the intervention.

“In follow-up focus groups, participants highlighted the following key program ingredients: caring for the body via diet and lifestyle, attending to relationships with self and others, encouraging social connections and activities, validating lived experiences in a non-judgmental manner, and taking an overall holistic approach.”

Some of the major limitations to this study include a lack of randomization, small and uneven treatment group sizes, characteristic differences identified between groups (i.e., socioeconomic factors), potential pre-intervention perspectives regarding psychiatric medication, and overall homogeneity of participants.

Components of the LSDC holistic treatment approach, given its comprehensive structure, may also be challenging to make accessible to those who could best benefit from it. However, this study adds to a consistently growing body of evidence that interventions targeting lifestyle and behavioral factors can provide significant relief to young people experiencing anxiety and depression symptoms.

“A holistic self-learning model based on diet and lifestyle, education for self-development, peer support, and activity exploration is a viable and potentially cost-effective alternative to standard outpatient mental health care for young adults.”

From Stats and Stories to Solutions