Ellen Barry set off a firestorm of commentary in her New York Times article titled, “How long should it take to grieve? Psychiatry has come up with an answer.” That “answer” is for the American Psychiatry Association (APA) to include a new mental illness in their Diagnostic and Statistical Manual of Mental Disorders (DSM), often referred to as the “Bible” of Psychiatry: “Prolonged Grief Disorder” (PGD).

While those advocating for the inclusion of this “condition” claim they can predict it in bereaved people six months after a death, the APA apparently “begged and pleaded” to move the time frame to one year. Why? “To avoid a public backlash,” according to Holly Prigerson, a professor of sociology in medicine at Weill Cornell Medical College, and one of the most vocal proponents of the movement to pathologize grief.

That backlash has not been avoided.

Researchers claim that a small percentage of people grieving the death of a loved one continue to experience intense grief that is pathological, and that they would benefit from medical treatment. Medical treatment, it turns out, is a pill. 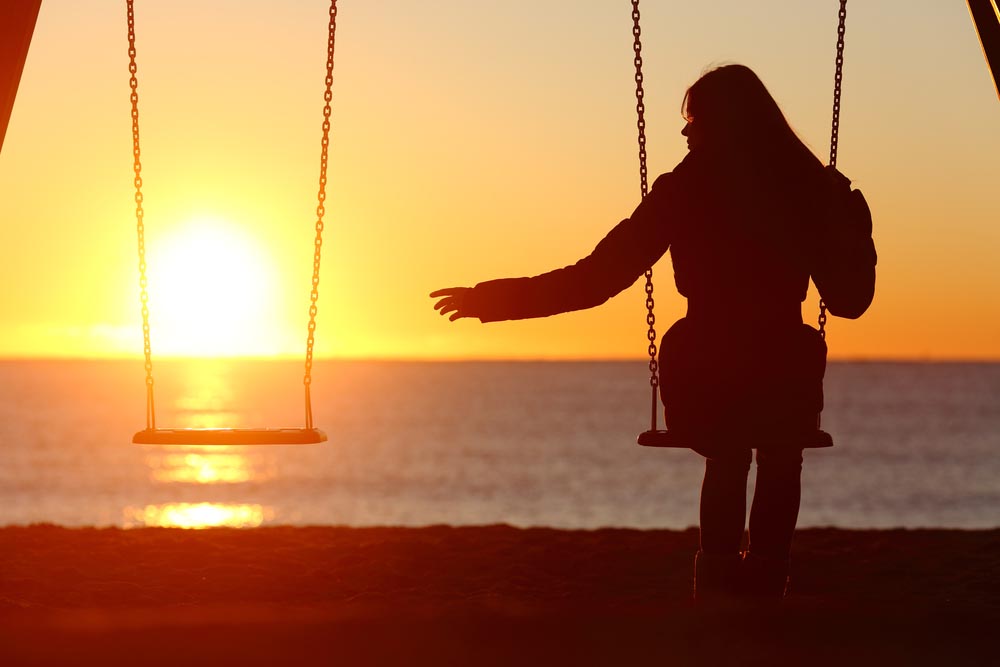 Barry notes that this new diagnosis will “most likely open a stream of funding for research into treatments…and set off a competition for approval of medicines by the Food and Drug Administration.” Most likely? It’s already happening, and not to “treat” normal, natural, and common responses to the death of someone, like depression or anxiety. Prigerson and colleagues already have other plans, with clinical trials in the works. A 13-question screening tool (PG-13) for PGD purports to diagnose the condition, including whether you’ve had trouble accepting the loss, and how often over the past month you’ve felt yourself yearning for the person you lost. (Note to Prigerson et al: We did not “lose” our person. They died.)

Their study hypothesis is that PGD is a disorder of addiction and state that “the primary gateway symptom for diagnosis is yearning: persistent longing, pining for, or preoccupation with the deceased.” Their description continues, “In this way, patients with PGD continue to ‘crave’ their loved ones after they have died, due to the positive reinforcement provided by their memories of the loved one.”

Due to the positive reinforcement provided by their memories of the loved one.

In order to, presumably, break the addiction caused by these memories of the loved one, they’re testing a drug used to treat addiction, naltrexone.

Like the idyllic drug commercials we see on American television, warnings about the side effects of naltrexone are briefly mentioned in the study in which Prigerson and colleagues are engaged, including nausea, vomiting, abdominal pain, headache, and fatigue. While they do note that naltrexone has a Black Box Warning, that don’t mention that a Black Box Warning is the strictest labeling requirement the Food and Drug Administration can give, to alert consumers that the drug may have serious or life-threatening side effects, in this case hepatotoxicity, a fancy name for impairment or injury to the liver.

As a side note, The U.S. and New Zealand are the only countries in the world allowing direct-to-consumer advertising for the pharmaceutical industry, for which they shelled out over $6.5 billion in 2019, and an additional $20 billion for advertising to physicians. Also of note is that Cosgrove et al. (2014) report that 69% of the DSM-5 task force members reported financial ties to the drug industry, a 21% increase over the prior edition, DSM-IV. You bet this new diagnosis will set off a competition for approval of medicines by the FDA. And you can likely visualize the commercials now: Pandemic Grief Got your Down? We are Here for You!

I predict this treatment will become another massive disappointment in a long line of pharmaceutical marketing deceptions, joining 1954’s Thorazine (“The Wonder Drug”), 1955’s Miltown (“The Happy Pill”), 1987’s Prozac (“A Breakthrough Drug for Depression”), and more recently, the whole class of opioids. A few people relieved to know their suffering has a “name” will be paraded out as examples of a drug’s success in treating their “condition.”

The drug-related treatment implications of “Prolonged Grief Disorder” are concerning for many reasons, including this ever-growing movement to turn human experiences and challenges into mental conditions. The DSM has a lengthy history of pretending to be scientific, while creating new mental illnesses by consensus among psychiatrists and other mental health professionals as to the existence of these “conditions.” Every “mental disorder” in the DSM is a social construct, as Thomas Insel, the Director of the National Institute of Mental Health from 2002-2015 encapsulated in this statement: “While DSM has been described as a ‘Bible’ for the field, it is, at best, a dictionary…the weakness is its lack of validity.”

Others have not been as kind in their summaries of the DSM. In The Past, Present, and Future of the DSM, Harvard University psychiatrist S. Nassir Ghaemi describes the DSM as “so popular that it became a bible. We’ve created a bunch of terms – most of which were created out of the blue with no scientific rationale – but just because we would all agree on the definitions. And now we act as if they were handed down by God himself and can never be changed. And that’s essentially what’s happened in the last 40 years.” In the same article, Professor of Psychiatry at the University of Toronto Edward Shorter digs even deeper: “One of the strangely unscientific aspects of the DSM is that it’s largely the product of horse trading. People sit down around a big table and say, ‘I’ll give you your diagnosis if you give me mine.’”

And to add injury to insult, Barry quotes psychiatrist Dr. Paul Appelbaum, the chair of the steering committee overseeing revisions to the DSM’s Fifth Edition, whose words insult every parent who has ever had to bury their child as he described people with “Prolonged Grief Disorder”: “They were the parents who never got over it, and that was how we talked about them…Colloquially, we would say they never got over the loss of that child.”

When and how did we get to a place where we believe the end goal of grieving the death of a child is to get over it?!

Clearly there is still a lot of work to do for people to become grief-informed and to #UnderstandGrief. As a professional who has worked with children, teens, young adults, parents, and caregivers who are bereaved for over 30 years at Dougy Center: The National Grief Center for Children and Families, who has listened to parents whose children were murdered in school shootings, through wrongful acts of others, in car crashes, and natural disasters, I am disheartened and deeply disturbed by this new diagnosis, and determined to speak on behalf of those who want to be remembered, yearned and pined for after they die. And for those of us who resent being told we have a mental disorder for doing so.

The New DSM Is Coming and That Isn’t Good News