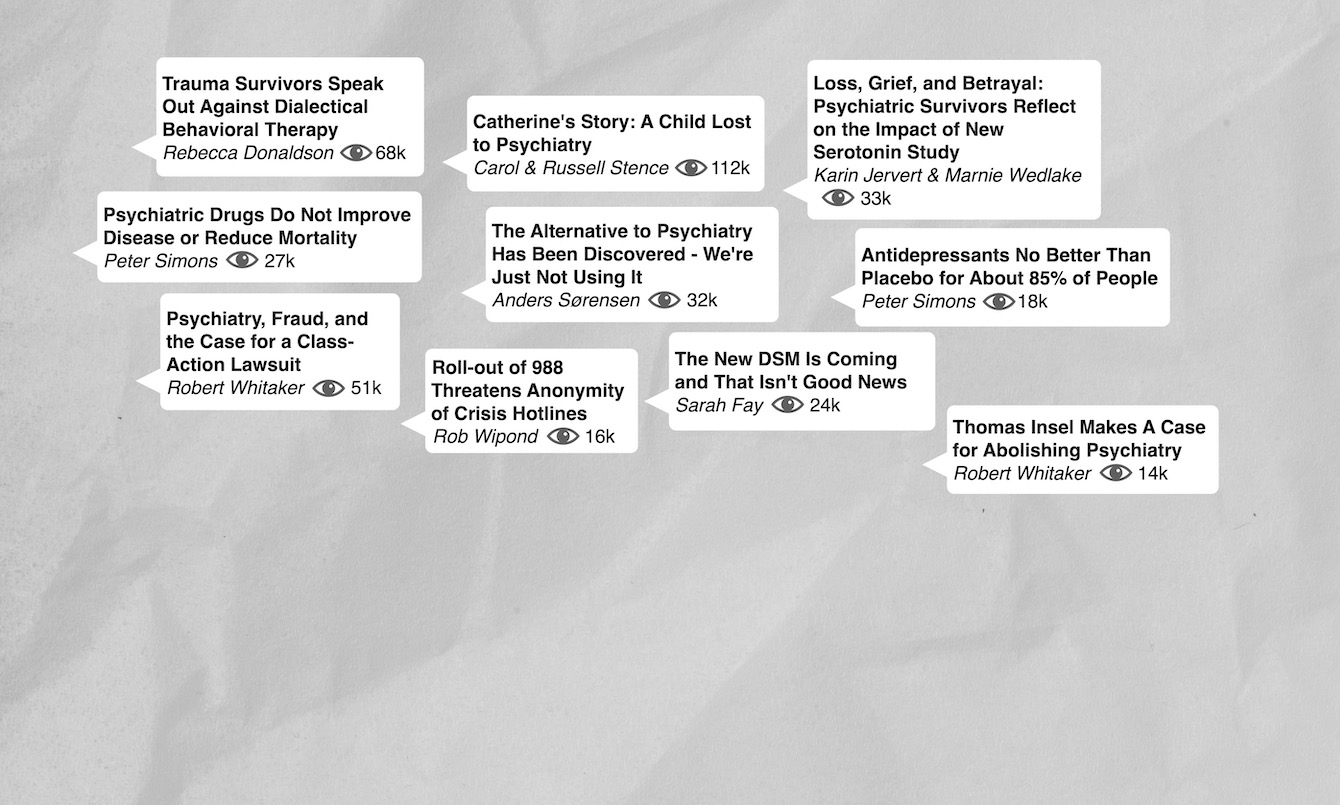 Here we highlight the top ten of Mad in America’s most read blogs and personal stories of 2022.

In July 2022 on our Family Resources pages, Carol and Russell Stence shared their devastating story of the loss of their youngest child, Catherine, just before her 21st birthday.

“A year ago today, our youngest child died, thanks to the adversarial actions and toxic treatments foisted on her by medical-model psychiatry. By telling her story, we hope to promote systemic change.”

Trauma Survivors Speak Out Against DBT 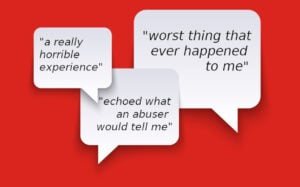 “It is really time that the harm in this field ends. To be truly trauma-informed, one needs to understand intersectionality, developmental psychology, and the basic needs that all human beings possess. This population is not attention-seeking or obsessive. They are merely seeking to form an internal working model of secure attachment so that they may one day wander on their own. This population does not need DBT. They need developmentally informed therapy that acknowledges that trauma isn’t just what happened to you. It’s also what didn’t.” 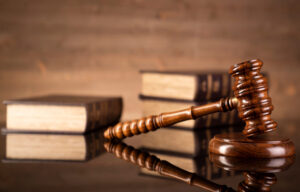 In August 2022, Robert Whitaker wrote about fraud and the case for a class action lawsuit regarding psychiatry’s claims about chemical imbalances as an underlying ’cause’ of mental disorders.

“In terms of harm done by the chemical imbalance lie, whether an antidepressant reduces the patient’s symptoms over some period of time is beside the point. The chemical imbalance story informs the patient that he or she suffers from a brain pathology, which requires treatment with a drug that treats that pathology. That is a diagnostic story that changes a patient’s sense of self and understanding of his or her own mind. Moreover, the treatment is designed to change how the individual emotionally responds to the world—this is an intervention of a most profound sort.

Indeed, the decision to take an antidepressant puts the patient on a different life course. It puts a person on a path of a medicated future, as opposed to the life the person had known before and the life that the person might have if he or she sought some other non-medical form of treatment. In that sense, the decision of whether to take an antidepressant acts as the proverbial fork in the road—two different lives stretch ahead.” 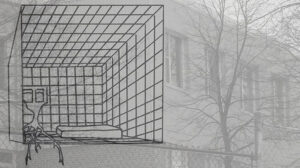 Also in August 2022, Mad in America’s Arts Editor, Karin Jervert and publisher of Mad in Canada, Marnie Wedlake, joined forces. In “Loss, Grief, and Betrayal: Psychiatric Survivors Reflect on the Impact of New Serotonin Study” they wrote about betrayal felt by many who have been affected by the myth of the chemical imbalance.

This widely adopted, societally constructed belief, enabled intolerance of suffering as well as a form of social control. Restricting the full range of emotions that are part of the human condition, through the psychiatric/pharmaceutical paradigm, has created strict rules of which emotions are “good” and which are “bad.” The psychiatric survivor movement brings forth the idea that all emotions, held safely and together, can lead to healing.

If you now realize you are one of the countless lives that have been damaged and you are feeling betrayed and overwhelmed by grief and loss, know that the psychiatric survivor network is here to help you heal.”

The Alternative to Psychiatry Has Been Discovered 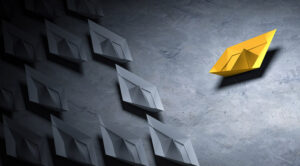 Anders Sørensen is a Danish clinical psychologist and researcher and in 2022 he wrote that “The Alternative to Psychiatry Has Been Discovered—We’re Just Not Using It.”

“In the academic debate, the nature of mental health disorders is often described as an enigma, like ‘mental illness is very complex, and we do not understand how or why it occurs’, ‘depression and psychosis are mysteries that we have yet to figure out—incomprehensible mysteries!’, ‘it is so weird that some people develop psychopathology and some do not’. The terminology mental illness, mental health disorder, and psychopathology—which is further defined as the study of abnormal behaviors and experiences—all indicate that some psychological mechanism is malfunctioning when producing the distress, or symptoms.”

Psychiatric Drugs Do Not Improve Disease or Reduce Mortality 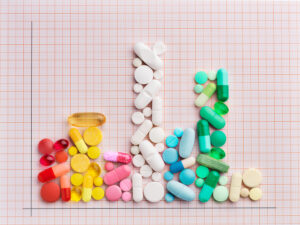 In the article “Psychiatric Drugs Do Not Improve Disease or Reduce Mortality,” Mad in America’s Peter Simons writes about the work of psychiatrist Nassir Ghaemi.

“Most psychiatric drugs have not been proven, in properly designed randomized trials, to improve the course of any illnesses they are purported to treat,” Ghaemi writes. “Specifically, they have not been shown to prevent hospitalization or extend life, as many clinicians believe.”

The New DSM Is Coming and That isn’t Good News 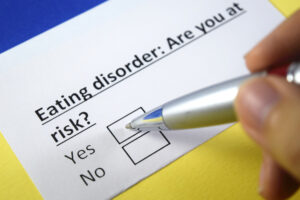 In February 2022, author and activist Sarah Fay wrote about the advent of a new version of the Diagnostic and Statistical Manual of Mental Disorders (DSM). DSM 5-TR adds the diagnosis of ‘prolonged grief disorder’ and Sarah explains why this is problematic.

“The newest edition of the Diagnostic and Statistical Manual of Mental Disorders (DSM) is set to arrive in March. If you aren’t alarmed, you should be.

The new edition (DSM-5-TR) isn’t getting much press, mainly because the American Psychiatric Association (APA), the private organization that publishes and profits from it, isn’t publicizing it. Why? The previous edition (the DSM-5) sparked a veritable uproar. Criticisms ranged from the authors’ ties to Big Pharma to the way the DSM pathologized normal thoughts, behaviors, and emotions and invented new diagnoses to how criteria were loosened to make disorders easier to diagnose to the fact that political wrangling, not science dictates what is deemed a mental illness.” 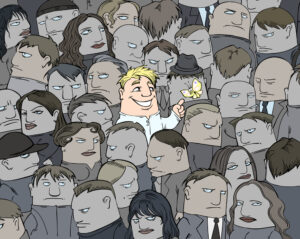 Peter Simons returned to the subject of antidepressant efficacy in the article “Antidepressants No Better Than Placebo for About 85% of People” posted in August 2022. He writes about a new study reporting that, in clinical trials, only about 15% of people experience a large effect from an antidepressant drug that they would not have received from a placebo.

“Depression symptoms” measured on common depression questionnaires include bodily responses like sleep and eating, and the drugs’ sedative and appetite effects could account for some of this improvement.

Another explanation is that some people receive an enhanced placebo effect because they can tell, from the side effects, that they are in the active drug group (breaking the “blind” of the study).

Clinical trials also usually hand-pick their participants, searching for those with no other conditions and who are not suicidal. This makes them very different from the individuals most often treated with the drugs in real life.” 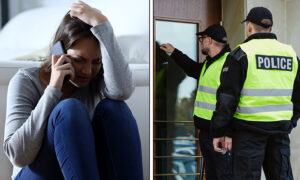 Rob Wipond is a freelance journalist who writes frequently on the interfaces between psychiatry, civil rights, policing, surveillance and privacy, and social change. In January 2022, he wrote that the “Roll-out of 988 Threatens Anonymity of Crisis Hotlines.”

“But after another year of freedom of information appeals processes, internal NSPL meeting minutes newly obtained by Mad in America, along with recent federal reports, are still more controversially revealing: As the 2020 Mad in America article was in development, the NSPL began holding internal discussions about call tracing. During these meetings, members of the NSPL’s own Lived Experience Committee passionately criticized the call-tracing policies and practices—leveling many of the same criticisms that would get raised in the article. In response, Vibrant Emotional Health and NSPL leaders promised changes to reduce call tracing.

However, shortly after those meetings, Vibrant/NSPL leaders began lobbying government for direct control over vastly expanded electronic surveillance and geolocation tracking powers—broader powers than even police routinely wield. If implemented, the result will be an unprecedented invasion of Americans’ privacy—the automatic exposure of the personal information and precise physical location of literally everyone who calls, texts, or chats through 988.” 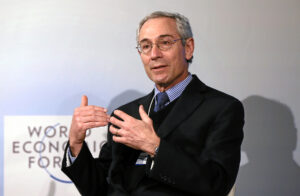 Thomas Insel is an influential psychiatrist and was director of the National Institute for Mental Health for 13 years. In April 2022, Robert Whitaker wrote about Insel’s new book Healing: Our Path From Mental Illness to Mental Health and the case for abolishing psychiatry.

“MIA has run two reviews of the book, one by Bruce Levine and the second by Andrew Scull, both of whom offered a more critical assessment. I think it’s fair to say that their reviews reveal how it functions as a work of propaganda.

Personally, I have been mulling over the import of this book ever since it was published. I was focused on a very particular question. Given that Insel opened his book promising to investigate why mental health outcomes in the United States are so poor, would he tell of research, much of which was funded by the NIMH, on the long-term effects of psychiatric drugs?

There was an obvious ethical obligation for him to do so.”

Ten Years of Rocking the Boat: Reflecting on Mad in America’s Mission and Work

Changing Narratives: Reflecting on Mad in America’s Mission and Work