In this truly remarkable — and meticulously researched — volume, Dr. Lynch annihilates psychiatry’s cherished chemical imbalance theory of depression.  Every facet of this theory, which the author correctly calls a delusion, is critically analyzed and found wanting.  Example after example is provided of psychiatrists promoting this fiction, the factual and logical errors of which are clearly exposed in Dr. Lynch’s lucid, seamless, and highly readable prose.

The book runs to 343 pages, and is laden with factual details, case studies, alternative perspectives, and hard-hitting commentary.  Dr. Lynch does not sit on the sidelines, nor does he seek any kind of collegial compromise with the chemical imbalance theory, which he unambiguously denounces as a groundless and destructive falsehood.  Here are some quotes that I think will convey something of the content, style, and cogency of this vitally important work.

“The world is engulfed in a mass delusion regarding depression.  The widespread belief that brain chemical imbalances are present in depression has no scientific basis.  In fact, this is a fixed belief that meets all the criteria of a mass delusion.  If you are one of the millions of people who believe that biochemical brain imbalances are known to occur in depression, then you too have become seriously misinformed.” (p 1)

“Despite the obvious complexity of the brain, some psychiatrists and GPs profess an understanding of this organ that is highly inconsistent with current scientific knowledge.  Their comments smack of a level of arrogance that in my opinion is downright dangerous.” (p 65)

“The brain chemical imbalance delusion has dominated medical, psychological and public thinking about depression for the past fifty years.  Parties with a vested interest see nothing wrong with this.  Nor do the vast majority of the general public, for whom the depression brain chemical imbalance idea feels as familiar and logical as raised blood sugar in diabetes.  There are two main reasons why psychiatrists and GPs have embraced the biochemical imbalance delusion with such enthusiasm.  This notion portrays doctors and their drug treatment in a positive light, as real doctors treating biological abnormalities consistent with the treatment of diseases generally in medicine.  Secondly, having observed for thirty years how my medical colleagues in psychiatry and general practice work, I do not believe they know any other way of understanding or responding to depression other than as an assumed biological abnormality.  I remain unconvinced that there is sufficient breadth of vision within mainstream psychiatry or medicine to see or to move beyond the rigidly held belief that depression is primarily a biological disorder.  Yet, the majority of the experiences categorized as depression are primarily emotional and psychological or have a significant emotional input.” (p 77)

“It is misleading to state that the brain chemistry of depression is not fully understood, when in truth it is really not understood at all.  It is also misleading to state that ‘research suggests’ that ‘depression is caused by an imbalance’ of brain chemicals.  It is drug companies, doctors and researchers who suggest this, not the research itself. As outlined in detail earlier the research itself does not suggest this at all and indeed contradicts this notion.” (p 149)

“In twenty years as a medical doctor, I have never, ever heard of a patient anywhere having their serotonin levels checked.”(p 153)

“Providing societies with an apparently trustworthy rationale for avoiding the reality of human distress has resulted in increasingly costly mental health services within which recovery is a far rarer outcome than it should be.  Since the core issues are repeatedly side-stepped, they are not addressed or recognized within these mental health systems.  It is not surprising that the costs of such systems keep increasing with little hard evidence that these systems are providing value for money in terms of recovery.” (p 237)

“The most beneficial position for psychiatry is therefore the one that currently pertains.  By nailing its colours to the biological mast, psychiatry has successfully set itself apart from talk therapies.  As long as no biological abnormalities are reliably identified, there is no threat that their bread and butter will be removed from them to other medical specialties.  Maintaining the myth that biological solutions are just around the corner satisfies the public and maintains psychiatry’s position quite satisfactorily from psychiatry’s perspective, albeit between a rock and a hard place.  This position has no solid scientific foundation, but as long as the public do not realize this and psychiatry does not attempt to encroach on the territory of other medical specialties such as neurology, psychiatry’s position is secure.”  (p 277)

“When basic principles of correct reasoning and science are applied to the brain chemical imbalance idea, the flaws and inconsistencies of this belief become obvious.  When the depression brain chemical imbalance idea is rigorously examined, we find that like the emperor, it has no clothes.  These flaws and inconsistencies were known prior to Prozac coming on stream in 1988.  They were dismissed because they risked ruining a great story, from which many groups could profit enormously.” (p 342)

For those who wish to pursue topics further, there is a reference list at the end of each chapter.  There is also a comprehensive index and table of contents which make it easy to find specific sub-topics.

Pharma-psychiatry’s chemical imbalance theory of depression is one of the biggest and most destructive hoaxes in human history.  Dr. Lynch’s Depression Delusion might well be the work that finally lays this hoax to rest, and exposes the self-serving deceptiveness that has become a routine part of psychiatry’s endeavors.

Please read this book, keep it close to hand for reference, and encourage others to read it also.  Ask your library to buy a copy.  The spurious chemical imbalance theory is now so widely accepted that it will take enormous efforts to dislodge it.  In any debate on this matter, Dr. Lynch’s book will, quite literally, put the facts at your fingertips. 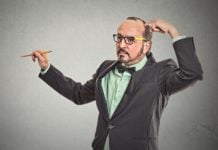