With the political tide shifting across the United States and reports of hate crimes increasing daily, examining the systems that promote social control and act as tools of racism is paramount. In the last several years, the media and movements such as Black Lives Matter have raised awareness about the shootings of innocent Black men, the war on drugs as a revamped Jim Crow campaign, and institutional racism throughout the judicial system. In fact, the prison system, largely populated with low-level Black drug offenders, is argued to be inherently racist and directly targeted towards ethnic minorities.

What is not being discussed is how the mental health system contributes to the human rights violations of minorities every day. Is it possible that the mental institution is just another venue for imprisoning Blacks unjustly?

Similar to the prison system, Blacks and other minorities make up a disproportionate percentage of the inpatient population in both the US and United Kingdom. Rates of admission are approximately three times higher in minorities than in White or Asian ethnic groups. Racism, sexism, oppression, and classism are argued to be inherent throughout the mental health system. The American Psychiatric Association has long ago acknowledged the stereotypes and misconceptions replete within the psychiatric literature. Drapetomania, known to medical authorities in the early 19th century as a disease that caused “negroes” to run away from their slave owners, was accepted as a true mental disease that explained why slaves might not wish to be the “submissive knee bender” that God declared him to be. More recently, schizophrenia, in its very definition, became symbolized by the angry Black man and is consistently applied more often to immigrants and African Americans throughout the Western world. The diagnosis is predicted by experiences of chronic discrimination, oppression, and marginalization, yet is asserted to be a genetic disease that has nothing to do with one’s life circumstances.

Though likely unintentional and out of clinicians’ awareness, there is also clear racial bias in the diagnostic process itself. Minorities are more likely to have more defeatist prognoses and to be given less opportunity for meaning-making and recovery than their white counterparts. The “objective” psychological tests designed to aid in diagnosis are more likely to inflate pathology among minority subjects. And, when minorities’ explanatory models for their distress is in disagreement with the leading medical authorities, they are said to be victims of “stigma” and “underdiagnosis” rather than as having a viewpoint worth listening to. For instance, Native Americans have traditionally incorporated a holistic and spiritual approach to addressing emotional distress, but this has increasingly been usurped by a medical model that sends the message that they “lack awareness” and education which prevent them from obtaining “appropriate” services. Interestingly, stigma is actually directly associated with a medicalized understanding of emotional distress.

Descriptive terms that are more likely to encapsulate the oppressed minority, such as “paranoia” or “delusions of persecution”, are experiences often difficult to understand for a highly educated privileged White person. Minorities develop within a world that teaches them to hate themselves, to internalize messages that they will never be good enough, and that no matter how successful they become, they will never be, well, White. This is particularly interesting considering that chronic experiences of persecution and relative poverty are both major risk factors for psychosis as a young adult. The only things more robustly related to “schizophrenia” are childhood emotional and sexual abuse and bullying. Yet, the public is inundated with messages that mental illness, particularly schizophrenia, is a hereditary disease unrelated to one’s life circumstances.

In response, such individuals are most often given a cocktail of dangerous drugs that may or may not help them cope with the unjust world around them. And, although it is known that different ethnicities metabolize drugs differently, which can lead to toxicity or reactive psychoses and/or mania, they are actually given more of these drugs than their White counterparts. Further, they are more often injected with neuroleptics and involuntarily detained as compared to Whites.

Instead of addressing issues of poverty, discrimination, and ethnic disparities, public funds are diverted to efforts to increasingly take away such individuals’ rights, medicalize their suffering, and quiet their rantings lest they disturb the illusion of justice and peace. As it stands, current mental health policy and diagnostic practices represent a form of institutionalized racism. In the ongoing efforts to raise awareness and bring police and prison reform, society must also consider the needed reform to mental health laws, practices, and assumptions. Until it is fundamentally understood that Black lives matter, in the mental health system too, the importance of life more generally will never be truly appreciated. 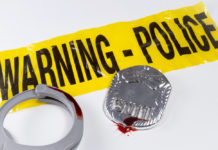