It’s the beginning of a new year — and with Dr. Joshua Gordon’s ascension to the position of director at the National Institute of Mental Health, a new approach to research on mental health care.

A quick history of the NIMH leadership over the past couple of years:  From 2002 to 2015 Dr. Tom Insel headed up this federal agency, and led the charge for finding the “real” cause of “mental illness.”  He has now moved on to Google Life Sciences (GLS) to help in their mission to develop “new technologies to transform healthcare, such as a contact lens with an embedded glucose monitor. The GLS mission is about creating technology that can help with earlier detection, better prevention, and more effective management of serious health conditions.”  Insel’s stated intention in joining Google is “to explore how this mission can be applied to mental illness.”  Giving credit where it’s due, he did acknowledge that the chemical imbalance hypothesis wasn’t going anywhere. He was also critical of the process used in developing the latest edition of the Diagnostic and Statistical Manual DSM-5.

The official announcement of the new director’s appointment last July proudly proclaimed that Dr. Gordon and his colleagues at Columbia had been studying things such as “the role of the hippocampus, a brain structure known to be important for memory and emotional processes associated with anxiety and depression.”  Dr. Gordon’s research has also analyzed neural activity in mice who supposedly carry mutations “of relevance to psychiatric disease.” How these objects of study are analogous to mental disorders is not described, but the lab studied genetic models of “these diseases from an integrative neuroscience perspective, focused on understanding how a given disease mutation leads to a behavioral phenotype across multiple levels of analysis.” The press release lists several methods used — in vivo imaging, anesthetized and awake behavioral recordings, and optogenetics; using light to control neural activity. A gigantic leap is then made: that his research “has direct relevance to schizophrenia, anxiety disorders, and depression.”

As a former executive level director in state government, I recognize the talk — or at least the motivation behind the talk.  You want your new appointment to sound impressive: to the staff, to the public, and, most importantly, to the legislative bodies responsible every year or two for your budget.  It’s obvious that — except for a few — most Representatives and Senators are preoccupied with other, more important issues.  The few exceptions tend to be mental health professionals who are in Congress largely because they’ve been adept at getting corporate support of one kind or another.  They are hardly motivated to be on the cutting edge of unbiased research.  Using highly technical, complex, scientific, and hopeful language is enormously appealing.

And sometimes the officials actually begin to believe their own public relations mantras.   That’s almost more dangerous than using the talking points cynically.

So who is there to ask the question most unwanted in this environment: Is there any evidence that in the foreseeable future, anything will come of the scientific theories — and expenses — demanded of such technically sophisticated endeavors?  Has anything come of all the hype and hopes to date?  Is there such a huge gap between mice and men that a rat’s anxiety pales in any comparison to the complex causes and phenomenology of anxiety in humans?  Even if a connection could somehow be hypothesized, wouldn’t it be far more promising and timely to understand why abused kids or women are anxious and depressed?  Is the solution really “non-invasive” electrical stimulation or some other even more frightening intervention?

In his first Director’s message, which came out on January 4, Dr. Gordon uses as an example of where he’s going the research of one of his students into the “neural circuit we thought was critical for anxiety in mice.”  He praises her for taking on a project that he believed had no promise:

“Using a carefully engineered virus, she was able to direct an inhibitory opsin—a protein that responds to light by decreasing neural activity—to the connections between these brain regions. She then used light to activate the opsin and inhibit circuit activity, which reduced anxiety in the mice. Nancy’s next idea was to try stimulating those inputs in a specific pattern, to see if she could increase anxiety instead of decreasing it.”

I don’t know about others but this stirs some pretty uncomfortable feelings in me. After all, nothing could go wrong with an engineered virus, right?  And I entertain some (I think reasonable) doubts about the likelihood that a “viral” approach is really the best approach to treating anxiety anyway, when we already know that intense anxiety is almost always related to an extreme physical or psychological threat to a human being.  Isn’t a real world immediate approach something more like an exploration of what that threat is all about, rather than assuming it’s really about neural connections?  Isn’t hoping for a neuroscience approach akin to denial and enabling?

I don’t doubt that there are biological, neurological, even neurochemical counterparts to our emotional and cognitive lives.  After all, we don’t need to buy into a complete split between these aspects of experience.  We are made up of both body and mind.  But what I question (and see no evidence of in this new/old NIMH approach) is that we already know a huge amount about what helps people, but where we have ended up, over decades, is in the illusory black hole of basic neuroscience research.

It’s an odd split that NIMH appears intent on maintaining: we’re not really minds or feelings, we’re neurochemical in nature and that is the way forward for improving mental health outcomes.  However, all the well-constructed research into outcomes clearly shows that biochemical solutions worsen outcomes, and that recovery and resilience come from shifting away from a drug treatment paradigm that is lucrative for the pharmaceutical industry, toward to a human relationship-oriented approach that profits individuals and society at large.

What helps more?  An unfounded belief that a neurochemical malfunction will lead to improved lives, or increasing solid human connections? Isn’t there far more promise in helping work through Adverse Childhood Experiences, or coming to terms with alcohol and street drug toxins, and on and on? The research and individual experience is pretty clear.

None of this is to say that drugs should never be used.  But that issue needs and deserves more examination. After all, even the Finnish Open Dialogue programs use drugs, but in smaller amounts than we do, for shorter periods, and only for some people.  Their approach accounts for the research that shows that since it’s impossible to know beforehand which people will benefit more from medication, and which from going through whatever it is they are going through, it’s better to wait. What they have demonstrated is that this restrained approach shows no evidence of worsened outcomes, as those who advocate for a one-size-(large)-fits-all approach to medication would have us believe, and in fact produces much better long-term outcomes across the spectrum of diagnoses and prognoses.

It may be that ultimately there are some people whose difficulties simply won’t respond to anything we have now, be it chemical or interpersonal.  I happen to believe that’s a relatively small number.  To be sure, there is a considerable amount of pain to be found in this small number of people, and in their families, and there will be many who do feel benefit in the short term as well as some who feel benefit in the long term. But basing on that minority the justification for leading (or forcing) a majority of people into treatments that — on average — will not help, and do — on average, in the long term — cause harm, amounts to injustice on a societal scale and a willful ignorance of the evidence. If NIMH and its supporters in Congress and the American Psychiatric Association could begin to open themselves to these current realities, we may gain a view toward a better understanding someday of some of the most difficult-to-help people.

Our problems are not all explained by looking in nerve synapses, hippocampi, or — God forbid — remedied by a manufactured virus. I think we need to ask the neurochemically-oriented crowd: could there be an acknowledgment of the vast body of research and knowledge that already exists linking mental health crises across the spectrum to readily observable traumas, that we already know how to treat, if we can only muster the will? Wouldn’t that be a better allocation of our resources? 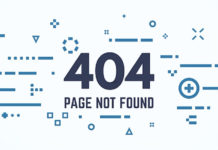 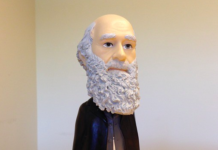 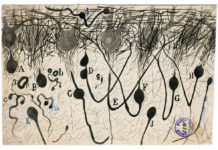 A Glimpse Into the Brain, Drawn by the Father of Neuroscience