For 40 years as a practicing psychotherapist in hospital (state and city), outpatient and private practice settings, I have seen the heavy and cruel burden placed upon countless human beings by being diagnosed with the term “schizophrenia.” For many, it was a traumatic social process they were subjected to. I know that many of the people who did this diagnosing were just acting out of the impoverished training they had received in medical school, residencies, internships, and clinical placements. Much of their received trainings have been shaped by economic and political influences of the pharmaceutical companies. Scientific red flags were ignored, e.g., trans-diagnostic genetic and neurobiological findings; multiplicity of etiologies, courses and outcomes; the diagnostic over-representation of African Americans and Latinos; the increase in diagnoses in urban settings and migration; and the far better recoveries in so-called “developing nations” compared to “developed nations” as documented consistently in the WHO studies.

Often students are taught early on in their careers that people diagnosed with “schizophrenia” do not recover, may be violent, and are not helped by speaking with them about their “psychotic” experiences. They are told they have a “biogenetic brain disease.” None of these are truly borne out by research or ongoing in-depth clinical immersion experiences. In 1997, at an ISPS conference in London, I presented a paper which detailed the large overlap in neuroscience findings between so-called “schizophrenia” and chronic stress, childhood maltreatment (including peer bullying), social isolation and defeat, and I would now add the detrimental effects of stigmatization.

More recently, the New York Times published a front page article claiming that researchers have identified a gene for “schizophrenia,” the C4 complement gene. I immediately sent a letter to the editor complete with key research papers documenting that this finding was also observed in chronic stress. The letter was never published. Current research documents hundreds (if not a thousand) of putative risk genes thought to be of low effects and spread through the entire population. There is a striking gap between the imprecise family and twin studies which report a heritability of 80%, erroneously leading the public to think the “syndrome” (DSM categories are not “diseases” or “illnesses,” they are “disorders”) is 20% environmental and 80% genetic. The findings in epigenetic research in which adverse social experiences are associated with epigenetic changes to gene expression as well as the intriguing findings of molecular biological studies, like GWAS (which has its own limitations), certainly challenge the prevailing geocentric views. The genetic signals tend to be weak in GWAS (as is found in GWAS studies of bipolar disorder as well) and this is in striking contrast to the family studies. This has led geneticists to speak of the “heritability gap” between the family and molecular biological studies.

My own view is that epigenetic changes, which are potentially reversible and transmitted across generations, play a significant role. These changes may be the link between social and psychological experiences and biological findings.

I have been a past president of ISPS-US for two terms, an executive board member of ISPS (an affiliate of the World Psychiatric Association) for two terms, and chair of the New York City ISPS-US Branch that has been meeting for 25 years. I was very pleased to have participated in the debates in Europe to drop the term “schizophrenia” in ISPS—we still have a long way to go with this. I also teach graduate and doctoral students at NYU, CUNY and Columbia University. I have learned a great deal from my students during these years, and feel a strong sense of responsibility to keep up with the latest research across disciplines in order not to be teaching misinformation or theories as facts. Science is a way to make sure we don’t fool ourselves or others. There is a great deal of uncertainty in our field and we should not act like we know when we do not. The laws of biology and medicine are imprecise, messy, uncertain. I have heard way too many times from students all of the myths articulated above, especially the myth of nonrecoverability and dangerousness. It is almost as if these myths are hard-wired into the diagnosis itself.

The following terms have been dropped from DSM and/or our language about “mental health issues”: neurotic, homosexuality, imbecile, retarded, mental deficiency, mental retardation, Asperger’s, simple schizophrenia, hebephrenia, etc. Isn’t it time to drop the highly stigmatizing term “schizophrenia”? In the public’s psyche the term “schizophrenia” embodies the concepts of dangerousness and non-recoverability (if someone recovers, the diagnosis itself is thought to be retrospectively incorrect). This term can be traumatic for many who have to bear it. It may increase the person’s sense of being damaged, socially isolated, feared and rejected, etc. There is even research showing that a biological conception of etiology increases stigmatization. Many clinicians incorrectly and unethically write off these persons as being beyond psychotherapeutic help.

No wonder many people “deny” they have such a diagnosis—wouldn’t many of us do the same if it increases one’s sense of social isolation, “badness,” despair, terror, helplessness, loss of control, stigma and social rejection/defeat? These psychosocial processes may have contributed to the very origins of “symptom” formation in the first place.

It is for these and many other reasons that I believe that the American Psychiatric Association and the WHO (for ICD-11) should follow the lead of several countries that have already retired the term “schizophrenia” from their vocabularies. And so I have created a petition on change.org to that effect—please sign and share with your social networks if you agree:

Petition to the APA and the WHO: Drop the Stigmatizing Term “Schizophrenia”

The full text of the petition:

The term “schizophrenia” has become synonymous with dangerousness even though it is a very small minority of persons with this diagnosis who violently hurt others and this may be explained better by the following factors: male gender, young adulthood, misuse of substances, homelessness, having been exposed to violence, sense of powerlessness, helplessness, stigma, etc. The term is also associated with non-recoverability. Dangerousness and non-recoverability seem to be hard-wired into the diagnosis. The term encompasses a heterogeneous group of people with different symptoms, etiologies, course and outcomes. It is a static, traumatizing and stigmatizing term for those persons given it. It often takes away hope and a sense of agency because people are told that they have a genetic brain disease. Hope, ongoing social and peer support, and a sense of agency and self-efficacy are needed to facilitate recovery. Nine world outcome studies and the World Health Organization studies on “schizophrenia” demonstrate substantial recoveries. People have a better chance of recovery when given good care that is acceptable to them. Perhaps, many of the neurobiological findings in “schizophrenia,” which are often non-specific and can not be used for diagnosis, could be better explained to be the result of chronic stress, relational and social traumas, social isolation/exclusion, social defeat, economic adversities, low self-esteem, stigma, prenatal stress, migration (particularly from a non-white to a white environment), urban birth/living, low impact SNPs & CNVs (single nucleotide polymorphisms and copy number variants), epigenetic changes to gene expression, the effects of first and second generation antipsychotics (e.g., the Iowa Longitudinal Study), etc. African Americans are about 3-fold more likely than whites to be diagnosed with “schizophrenia.” Social adversity can become biologically embedded and result in epigenetic changes to gene expression, which may be potentially transmitted across generations. Japan (integration disorder), Hong Kong and Taiwan (cognitive-perceptual dysregulation/dysfunction) and South Korea (attunement disorder) have dropped the term “schizophrenia” from their psychiatric nosology. Surveys in Japan have shown that service recipients and professionals alike are pleased with the change. Prominent psychiatrists such as Robin Murray in the UK and Jim van Os in The Netherlands have presented strong and convincing arguments as to why this term should be dropped. The editor of the prestigious journal Schizophrenia Bulletin has also recently wondered whether the term should be replaced. I believe the time is now to drop this stigmatizing, hope-disabling, scientifically controversial term which is saturated with various myths about non-recoverability and dangerousness. 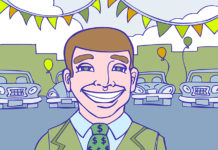 A Faux Test for a Faux Disease Promoted by Real Psychiatrists 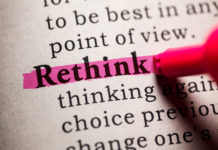 Rethinking the Validity of Schizophrenia on World Mental Health Day

Schizophrenia Twin Research as Reported in The Gene: An Intimate History — Getting the Facts Straight