Now, a new study has examined what treatment strategies are effective when initial antidepressant medications fail to work. The researchers found that while antipsychotics may be slightly more effective than alternative antidepressants, they come with a much higher side effect burden.

The researchers investigated whether bupropion (an alternative antidepressant, brand name Wellbutrin) or aripiprazole (an atypical antipsychotic, brand name Abilify) was more effective at reducing depressive symptoms. They also identified the side effect burden of each approach. While bupropion increased anxiety, aripiprazole was associated with more serious side effects such as akathisia (involuntary movement disorders) and weight gain (which indicates metabolic problems).

The data comes from a new large, randomized study called the VAST-D trial, which ran from 2012 to 2015. The 1,522 participants came from 35 Veterans Health Administration sites, and all had a diagnosis of major depressive disorder. Participants had an average of around 2.5 previous trials of medication, which had not resulted in remission (scoring below the clinical threshold on the measure of depression).

The VAST-D trial randomized participants to one of three groups:

It is important to note that the study did not include control groups such as placebo groups or usual treatment groups, so the researchers cannot rule out placebo effects or state that their treatments would be better than usual care.

However, both bupropion and aripiprazole augmentation resulted in similar remission rates (people who no longer met criteria for depression): 28.9% of people who augmented with aripiprazole experienced remission, as did 26.9% of those augmenting with bupropion, and 22.3% of those who switched to bupropion.

The results suggest that aripiprazole is perhaps slightly more effective than bupropion at reducing depressive symptoms in those who have previously tried other antidepressants.

However, aripiprazole was much more likely to induce serious side effects:

Other symptoms, such as headache, dizziness, and nausea, were experienced by 15-20% of people in each group.

The authors note that the sample was overwhelmingly male (85%), and the average age was 54, making the sample very different from previous research. Additionally, participants were likely to have a comorbid diagnosis of post-traumatic stress disorder, and the researchers theorized that the benefits of aripiprazole might be due to that diagnosis, rather than depression.

Although some researchers tout the efficacy of antipsychotic augmentation for depression, these studies have been criticized for failing to account for the low quality of evidence and the risk of dangerous side effects. A meta-analysis by the Cochrane Collaboration described the data as “limited” and “based on a rather small number of randomised participants” and noted that antipsychotic augmentation was “associated with worse tolerability, mainly due to sedation, weight gain or laboratory values such as prolactin increase.”

In fact, recent guidelines in Finland and Germany have stated that augmentation with antipsychotics should not be recommended due to the high risk of adverse effects and the relatively slight evidence of benefit. According to the VAST-D researchers,

“Given the small effect size and adverse effects associated with aripiprazole, further analysis including cost-effectiveness is needed to understand the net utility of this approach.” 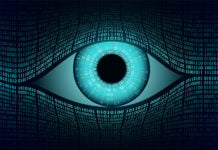 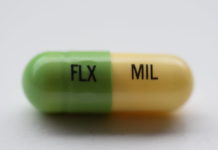