Every time I read about another school shooting, or a mass killing like the Germanwings plane crash, my heart breaks because I know they might have been prevented if the public was better educated about the rare but potentially lethal side effects of the antidepressants that many mass killers were taking.

There is little doubt in my mind that many school shooters were in an antidepressant-induced state of psychosis, which is a loss of contact with reality that makes it difficult to distinguish between what is real and what is not real.

That’s what happened to me.

My life before antidepressants was a good one. I had a beautiful family with two children, Gillian and Ian, and a fun-loving home in Toronto, Canada. Children from around the neighborhood would come to play at our house — we had a fitness studio in the basement and a half pipe, trampoline and climbing wall in the backyard. Ian, his friends and other neighborhood children would spend hours riding their BMX bikes on our half pipe.

Meanwhile, I had a successful career as a physical activity and sport consultant. Then, at 44 years of age, I started to worry about cash flow issues in July of 2003, toward the end of a recession. I had lost weight, started to shake in the shower and had difficulty sleeping, so I went to my family doctor who prescribed the selective serotonin reuptake inhibitor (SSRI) Paxil to me without explaining any side effects. When I first started taking Paxil, I had suicidal thoughts but they disappeared after about a week and I was able to secure several work contracts. By September, I was feeling mentally healthy again. After forgetting to take Paxil for a few days in February 2004, I weaned myself off the drug over several weeks.

In July of 2004 I started to experience the same symptoms that I had in July of 2003, but this time it was caused by sleep deprivation from juggling so many contracts. I was better able to manage the contracts while on Paxil, possibly because (looking back) I was probably manic for most of the 8 months that I was on the drug from July 2003 to February 2004.

On July 8, 2004, I put myself back on 40mg of Paxil daily, using the supply that I had when I started to wean myself off the drug in February.

A few days after I started taking Paxil again, I was having suicidal thoughts. I thought I could get rid of the thoughts and recover more quickly if I increased my dosage to what I read was the maximum therapeutic level in the Guide to Drugs in Canada, published by the Canadian Pharmacists Association. It would be like taking 2 aspirin instead of 1 to get rid of a headache.

On July 31, I took the life of my 11-year-old son Ian in a London, Canada hotel room and was charged with first-degree murder. My motivation was based on a type of psychosis called delusions (fixed false beliefs) that I had at the time. I was convinced, in my delusional state, that out of love for my family, it would be best for me to take Ian’s life and to sacrifice my own life by spending the next 25 years in prison. I thought that:

Although none of these delusions make any sense to me today, they were real toward the end of July 2004 and lasted until the middle of August 2004, when my delusional mind was returning to normal while I was on suicide watch in a London, Ontario jail.

The planning that you see in many of the school shootings, and the calmness of the shooters, is similar to my own behavior after being on Paxil for three weeks in July 2004, which I’ve described in this RxISK blog post. The mass killers were probably suffering from delusions and were functioning at high intellectual levels, like me.

Ten days after I took Ian’s life, while I was still psychotic, my criminal defence lawyer had a team of medical specialists assess me to help build the defence that I was not criminally responsible (NCR) for first-degree murder because I was suffering from major depression at the time, which was supported by anecdotal evidence that the London Police collected from my family, friends and colleagues.

As outlined on page 5 of my paper “Killer Side Effects,” none of the test results supported the argument that I was NCR so my criminal lawyer didn’t use them as part of my defence.

Although none of the test results made sense to my criminal lawyer or myself in 2004, they make sense now. The Compendium of Pharmaceuticals and Specialties, a prescription drug reference for doctors and other health professionals published by the Canadian Pharmacists Association, which contains drug monographs provided by pharmaceutical companies, listed delusions and psychosis as rare side effects of Paxil (1 in 1,000) at least as far back as 1996. GlaxoSmithKline, the manufacturer of Paxil, would have provided this information.

Before my trial I was diagnosed by two forensic psychiatrists, one hired by my criminal lawyer and the other by the crown attorney, as being in a “major depression with psychotic episodes” when I took Ian’s life. This resulted in the judgment that I was “not criminally responsible on account of a mental disorder.”

Paxil was never built into my defence during the criminal trial. Even though there was some indication before my trial that Paxil might have caused my psychosis, my lawyer told me how difficult it would be to prove causation, and even if we were successful at proving that Paxil was the probable cause of my homicidal psychotic episode, the best I could expect was a manslaughter conviction since prescription drugs were in the same intoxication section of the Criminal Code of Canada as illicit drugs. Since we already had expert reports to support our NCR defence, we decided not to build Paxil into my defence.

There’s no doubt among the more than a dozen forensic psychiatrists I have seen that I was psychotic when I took Ian’s life in July 2004. What a jury in a civil lawsuit that I filed against GlaxoSmithKline in October 2011 will now have to determine is whether my psychosis was caused by a mental disorder or Paxil.

The combination of the common side effect of emotional blunting and the rare side effect of delusions was the probable cause of my calm, organized, homicidal behaviour.

To help prevent school shootings and other mass killings, it’s time for GlaxoSmithKline and other pharmaceutical companies to publicly acknowledge that antidepressants can cause potentially lethal psychotic episodes in rare cases. 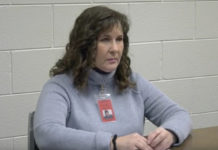 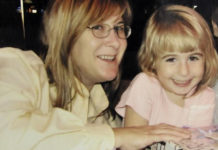