At the time, toward the end of 2018, it didn’t seem completely irrational to submit an op-ed to the New York Times. I had felt compelled to respond to a lengthy NYT op-ed “Can We Stop Suicides?” authored by Moises Velasquez-Manoff, who had offered what I considered to be a fairly insane solution: “an old anesthetic called ketamine that, at low doses, can halt suicidal thoughts almost immediately.”

I knew that Janssen/Johnson & Johnson was attempting to get their esketamine—a ketamine based nasal spray—approved by the FDA to be used as an antidepressant, and I recognized how much power the psychiatric-pharmaceutical industrial complex has over the NYT. But I had thought, geez, this is ketamine—“Special K,” which at high doses can result in a “K-Hole,” an out-of-body experience; which has been utilized as a date-rape drug and is officially classified as a “dissociative anesthetic” with adverse effects that include numbness, depression, amnesia, hallucinations, and potentially fatal respiratory problems.

Ordinarily, I am hopeless about the NYT publishing anything that honestly examines a proposed psychiatric drug in the context of the history of psychiatric drugs, but this was Special K, the notorious street drug! What further energized me to submit an op-ed was that I believed that Velasquez-Manoff’s NYT piece might be considered “radical” even by some NYT editors since (1) there is no data—not even the usual drug company pseudoscientific data—on ketamine’s long-term effects and potential risks, and (2) ketamine has not even been approved by the FDA for depression.

However, I hesitated to submit the op-ed. I’ve long known that the NYT and the mainstream media has “filters” that they use in their publishing decisions, some of them detailed by Edward Herman and Noam Chomsky in their book Manufacturing Consent. Two filters that Herman and Chomsky describe in their “Propaganda Model” that are most relevant to the psychiatric-pharmaceutical industrial complex are: “advertising as the primary income source of the mass media,” and mainstream media’s reliance “on information provided by government, business, and ‘experts’ funded and approved by these primary sources and agents of power.”

It is simply bad business for the NYT to offend their many readers who are utilizing psychiatric drugs for themselves or their children—readers who have religiously bought into psychiatry as a legitimate authority—and it is even worse business for the NYT to offend their drug company advertisers. Thus, there is little incentive for the NYT to challenge “official authorities” who are promulgating propaganda posing as science.  In 2008, when the NYT must have had—or should have had—sources telling them about the massive amount of drug company money being funneled to thought-leader psychiatrists such as Charles Nemeroff, Joseph Biederman, and several others, the NYT reported on this only after Congressional investigations exposed it, which gave the NYT “cover” to do so. While the NYT and the mainstream media, at times, does investigative journalism, it’s always filtered by the political and profit-making ramifications for the NYT.

The NYT proudly calls their filtering process “all the news that’s fit to print.” Journalists who are “fit” for the NYT internalize these filters, and so they genuinely believe that they are, as Herman and Chomsky observed, “operating with complete integrity and goodwill . . . able to convince themselves that they choose and interpret the news ‘objectively’ and on the basis of professional news values.” The reality is that rather than functioning as actual journalists—who should be skeptical of the motives of “official authorities”—it is politically and financially safer to simply report what official authorities assert.

There were a couple of other rationales for why I gave the NYT op-ed a shot, which, in retrospect, were more based on my hope than reality. In 2014, the NYT had actually asked me to write a piece for them, which they had actually published, so I thought they might take my submission seriously; however, my 2014 published NYT opinion piece was not about the mental health profession but a response to their “Room for Debate” question: “Why We Like to Watch Rich People.” My silliest rationale (which I even knew at the time was silly) was that I thought that maybe 2018 was my lucky year with op-eds, as I had two op-eds published in the only daily newspaper in my city, the Cincinnati Enquirer; but here again, neither one of these op-eds were about the mental health profession (the most recent one, Another Sad October for Reds Fans, slammed our losing baseball team’s management, an op-ed which actually made me quite popular in Cincinnati).

In retrospect, it now seems quite humorous to me that I had believed that there was any chance that the NYT would run my response, but when I wrote it, I mostly focused on overcoming one major hurdle: the bland New York Times style. My favorite story about NYT style comes from Paul Zimmerman, a legendary New York City sportswriter. Zimmerman had been asked by the NYT to write a book review for them, and after he noticed that a couple of passages in the book that he was assigned to review had been plagiarized from his own book, he wrote in his review: “What a bad break, lifting from a guy who happens to be reviewing your book. Tough luck. Just ain’t your day, kid.” After Zimmerman submitted his review, the NYT book review editor responded, “Well, your review is kind of rough. Can you bland it down a little?” Zimmerman refused, and his review never ran, and the NYT never again asked him to write another piece.

It was so important for me to get my response published that I even tried to bland it down so as to fit NYT style. Then I followed all the rules of the NYT “How to Submit an Op-Ed Essay,” and I sent it off. But my hopes were dashed immediately. I received an automatic response that proclaimed another rule, one that had not been stated in the submission rules: “We discourage essays that are primarily responses to other opinion articles, columns or editorials in The Times.”

So, I chuckled about my NYT op-ed publication delusion, put color back in the piece, changed the title, added a snarky crack about the NYT in the first paragraph, and submitted it to another publication—the muckraking CounterPunch, whose readers know what the NYT is all about. You can read the piece by clicking The Ketamine Chorus: NYT Trumpets New Anti-Suicide Drug. 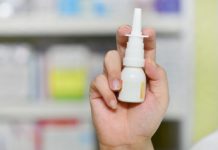 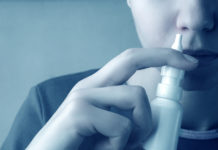 Nasal Spray for Depression? Not So Fast 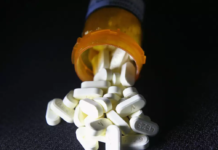