A little-publicized legal decision was just issued by Judge Joseph C. Spero of the U.S. District Court of Northern California that anyone who plans to use their mental health insurance coverage to secure needed care will want to school themselves on. Ruling on a class action lawsuit brought against United Behavioral Health (UBH), a subsidiary of UnitedHealth Group, the nation’s largest health insurer, Judge Spero drew the conclusion that UBH had reneged on its fiduciary responsibility to policyholders by adopting treatment guidelines that focused on cost savings through limiting coverage to the management of acute mental health episodes.

Would-be seekers of quality psychotherapy ought to be reassured by Judge Spero’s remarkably humanistic assertions: “…it is a generally accepted standard of care that effective treatment requires treatment of the individual’s underlying condition and is not limited to alleviation of the individual’s current symptoms.” He added: “…the appropriate duration of treatment for behavioral health disorders is based on the individual needs of the patient; there is no specific limit on the duration of such treatment.” In essence, Judge Spero sounded his gavel in favor of mental health treatment of sufficient duration to get to the heart of clients’ psychological difficulties, not the all-too-prevalent model endorsed by health insurers and perpetuated by academic researchers: short-term, crisis-management, protocol-driven therapies measuring progress in terms of symptom reduction.

It turns out that when people are surveyed about their psychotherapy expectations, they value overarching qualities like enhanced self-respect, improved work functioning, and more secure relationships with significant others as desirable outcomes, more so than numerically-lower scores on symptoms (e.g., more tired than usual, fewer guilt feelings, less irritability). This squares with my everyday experience as a psychologist. The clients I see who are afflicted with depression tend not to view recovery in terms of fewer pessimistic thoughts, hopeless feelings, and less fatigue. They hold goals for psychotherapy that encompass the enduring presence of self-confidence, optimism, hopefulness, and enthusiasm. Large surveys of mental health professionals reveal they rank symptom reduction far lower than clients’ overall social and emotional well-being regarding what they believe constitutes a desirable psychotherapy outcome. In an international poll of almost 5000 psychotherapists spearheaded by David Orlinsky in the Department of Comparative Human Development at the University of Chicago, “having a strong sense of self-worth and identity,” “improve the quality of their relationships,” and “understand their feelings, motives and/or behavior,” were ranked first, second, and third, respectively, as psychotherapy goals to be attained by clients. “Experience a decrease in their symptoms,” was ranked fifth.

This begs the question: “How much psychotherapy does the typical anxious and depressed person need to achieve meaningful and lasting change in their emotional outlook?” A reliable source of information on this matter is the judgment of experienced psychotherapists meeting with clients, day in and day out, in the clinical practice arena. Drew Westen at Emory University combed through questionnaires completed by over 240 of such professionals and asked them to pinpoint the number of sessions received by recent successful completers of psychotherapy. The number ranged from fifty to seventy-five. Similarly, findings from the Tavistock Adult Depression Study showed that 44 percent of depressed clients who were provided with 18 months of weekly therapy to talk at length about their past and present emotional difficulties no longer met criteria for a depressive disorder two years after treatment ended. Only 10 percent of those receiving standard short-term, crisis-management therapy, or medications, achieved comparable gains two years out.

Sadly, current mental health treatment standards stray far from notions of meaningful and lasting changes to a person’s overall social and emotional well-being derived from emotionally-expressive, time-intensive psychotherapy. The field is saturated with formulaic, evidence-based treatments that are eminently researchable because they are easier to logistically manage and fund due to being short in duration (typically 12 to 15 sessions), lean heavily on workbooks for practitioners to learn cognitive-behavioral techniques whereby talk is largely restricted to changing unhelpful client thoughts and behaviors, and measure progress strictly in terms of symptom reduction on a checklist. Naturally, these treatments appeal greatly to accountability-focused, cost-cutting insurance administrators. But findings are cropping up questioning their effectiveness. For instance, a reanalysis of the landmark National Institute of Mental Health Treatment of Depression Collaborative Research Program data set conducted by Jonathan Shedler has shown that a mere 24 percent of depressed patients receiving short-term, cognitive-behavioral type interventions manifested sustained recovery at the 18-month follow-up period.

With political debates looming as to the preferability and feasibility of universal health care and Medicare for All, it is uncertain how the coverage and delivery of mental health care might fare under such arrangements. Let’s hope Judge Spero’s ruling in defense of mental health treatment of adequate length to achieve lasting improvement in personal well-being will not go unheeded as the debates unfold. 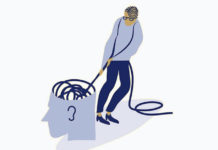 Busting 7 Myths About the Practice of Psychotherapy 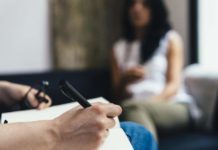