A review article published recently in Perspectives on Psychological Science highlights ongoing efforts of an international team of researchers who have developed a new taxonomy of mental disorders they hope will replace traditional ones like the Diagnostic and Statistical Manual for Mental Disorders (DSM). This new model, named the Hierarchical Taxonomy of Psychopathology (HiTOP), offers a new approach to thinking about mental health and distress at a time when general confidence in the DSM is on the decline.

In charting criteria for diagnoses on various dimensional scales, differentiating them by degrees of magnitude rather than type, HiTOP joins a growing list of alternative frameworks that seek to transcend the DSM’s emphasis on categorical (discrete) diagnoses. According to the authors of the paper, led by Christopher Conway, an Assistant Professor in Psychological Science at the College of William & Mary:

“Categorical diagnoses—such as those codified in the Diagnostic and Statistical Manual of Mental Disorders (DSM) and the International Classification of Diseases (ICD)—pose several well-documented barriers to discovering the nature and origins of psychopathology, including pervasive comorbidity, low symptom specificity, marked diagnostic heterogeneity, and poor reliability.”

These authors go on to explain how “the field trials for the fifth edition of the DSM . . . found that approximately 40% of diagnoses examined did not reach the cutoff for acceptable interrater agreement.” Such concerns about the DSM have been echoed by a growing range of other groups, with some arguing for a more empirically-informed medical model of psychopathology and others stressing the importance of remaining sensitive to the array psychosocial, professional, and practical realities underpinning mental health care.

Conway and his team contrast HiTOP with another new system that has been proposed as a potential alternative the DSM called the Research Domain Criteria (RDoC), created by the National Institute of Mental Health (NIMH). Here, various domains of human functioning are charted on five dimensions (i.e., positive valence systems, negative valence systems, cognitive systems, social systems, and arousal/regulatory systems). The overarching goal of RDoC, however, is to ground all patterns of psychological distress in the neural circuitry of the brain, reducing other contributing factors of mental health to neurological mechanisms.

At the basis of HiTOP, on the other hand, are clusters of phenotypic traits (referred to as p-factors) that, according to Conway and colleagues, can help “dissect brain structure and function quantitatively, facilitating the discovery of features that are common to many or all of the common mental disorders, those that are particular to specific spectra and syndromes, and those that underlie key transdiagnostic symptom.”

This capacity to work across existing diagnostic categories to map possible causal relations hierarchically—integrating super-spectra, spectra, syndromes, and symptoms or personal traits (in descending order)—is one of the distinguishing factors underscored between HiTOP and other alternative taxonomies, like RDoC.

In these ways, HiTOP is presented as a continuously evolving framework for organizing research about mental health in practically valuable ways. According to Conway’s research team, not only should HiTOP extend current theories by tethering research across disciplines, but because it classifies criteria for diagnostic categories at multiple levels of hierarchical arrangement, it is likewise better equipped to inform clinical decision-making processes than other emerging classification systems. HiTOP is positioned as a potential link between RDoC’s findings on neural mechanisms to the clusters of symptoms described in conventional taxonomies like the DSM.

Overall, Conway and colleagues express little reservation about HiTOP’s ability to “transform research practices for the better and accelerate theory development across diverse areas of psychological science.” As far as they are concerned, the transdiagnostic functions of its various dimensions render it uniquely situated for immediate application to clinical problems.

Yet, they likewise admit that “validation studies to date have been mostly limited to the spectrum level,” suggesting that “longitudinal research . . . in diverse samples” is necessary to confirm empirically sound relations between other dimensions of the HiTOP system.

Moreover, although the authors cite research supporting the “invariance of [HiTOP’s] internalizing and externalizing spectra across gender, developmental stages, and various racial, ethnic, and cultural groups,” they caution that other dimensions of the system must become more refined through data collected on new populations across diverse social contexts. And yet, it remains to be seen how well HiTOP will satisfy various heuristic purposes the DSM serves for social institutions in which it is used, which can range from satisfying insurance billing requirements to granting access to existing social programs.

The HiTOP system offers a unique approach to thinking about categories of mental disorder in relation to the increasing amounts of data collected across biological, psychological, and social scales of reality. However, there are important ethical and conceptual limitations to consider regarding how rubrics like HiTOP draw on data to inform treatment without including explicit feedback from service users.

As with so many taxonomies of mental disorder, what constitutes a symptom as opposed to any other type of behavior cannot be determined by the system itself. Instead, such a determination is usually made by the professionals using the system—making this line a reflection of sociocultural, professional, and moral norms of service providers and the power through which such norms are maintained. While other new models, like the Power Threat Meaning framework, have been proposed to address such concerns directly, Conway et al. do not discuss them as being relevant to their purposes. 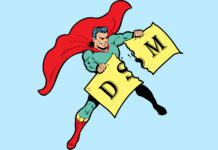 DSM Led Us Far Astray. Life Story Is the Path to Truth. 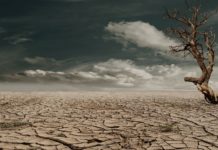