An acquaintance recently shared with me what he apparently felt was outstanding news:

“I just found out I’m clinically depressed!” he beamed with pride.

He perhaps thought that I, as a psychiatrist, would share in his excitement. Maybe he thought it would strike a chord of kinship for me to know he’s “one of my people.” Or part of my “target population.” In line with my training, I was struck with how his affect seemed seriously off-kilter given his proclaimed diagnosis. (Hmm, come to think of it, maybe he really was deeply disturbed).

In inquiring further, I learned that he was supremely satisfied to discover that there is now an explanation for the sense of personal dysfunction (his words) that he says he has experienced his entire life. He wore his new diagnosis like a shiny badge—as if he’d just joined an elite and exclusive club.

The sentiments of my acquaintance are not a mere anomaly. Indeed, after nearly four decades in the mental health industry, I’ve seen more than a few patients (like, WAY more than a few) who visited my office actually hoping for a diagnosis. Once granted that special status, many of them would then promptly inform everyone around them—friends, family, the HR department—so that everyone could get on board and act accordingly, altering any expectations they might otherwise have for this person. (After all, we can only expect so much from someone who is mentally ill.) I have even had patients leave my office angrily when, upon examination, I shared my conclusion that they did not meet the clinical criteria for mental illness. Some announced they would find a physician who would “properly” diagnose them.

I do not intend to make light of these or any patients. And, despite the risk of appearing unsympathetic, I’m bringing this up because it’s a symptom of a larger cultural issue relative to mental health.

How could someone be upset to learn that they are mentally healthy? Most people suspecting a serious physical disease, such as cancer, would certainly like to hear that, despite their worries, they are in fact cancer-free. To celebrate the discovery that one has a “serious illness” seems absurd on the surface, if not masochistic.

All of this points to the reality that mental illness may provide the beholder some unique benefits. A payoff. What inherent benefits or payoffs may exist for identifying oneself as mentally ill?

Here are some areas in which I have seen those carrying a diagnosis of mental illness regarding it as an advantage, and providing a sense of relief:

There is another prevailing social phenomenon that contributes to the empowerment of the “mentally ill” person invoking the four points above. And that is the strong backlash against the stigma of mental illness.

Before I go on, I want to acknowledge that I am fully aware that the position I am sharing here might be perceived by some as bumping into that stigma with significant velocity.

While it may not be apparent at this point in the article, those who know me can attest to the following:

Everything I say is driven by a deep stand for the mentally diagnosed. I am standing for the possibility of a profound level of empowerment, and a full and rich life, for those who have been diagnosed as mentally ill.

I hope that is very clear.

So, we have reviewed some benefits that a diagnosis of “mental illness” can afford patients. But what’s in it for the other side? In other words, why do doctors and mental health workers keep diagnoses alive?

Indeed, it’s not only the patients who “benefit” from a diagnosis. Mental health professionals indeed have a serious stake in the matter. This is how it works:

By declaring someone mentally ill, the clinician instantly creates a new patient. This may result in a long-term arrangement, and for the treating clinician, both a source of personal gratification and income. The clinician gets to feel good about “helping” a sick person, and gets paid for it, too.

This inherent conflict of interest in no way suggests that the mental health industry is simply self-serving or lacking in genuine care and concern for patients. However, it does imply that a redefinition of mental illness would threaten the core of the industry. That’s practically undeniable.

There is little to no incentive to discuss or even examine the possibility of redefining mental illness. As a handsomely paid psychiatrist, for example, why would I want to threaten my livelihood? Perhaps a better question is: why did I give up my livelihood? Because the truth is, I did.

On top of the “benefits” to both patient and clinician, there is another party (parties, really) involved in the equation that makes the reassessment of mental illness seemingly impossible. Specifically, the purveyors of the substances marketed to treat the symptoms.

Not only are the drug companies deeply invested in the current model (what I call diagnose-drug-dismiss), but there is something inherent in the medication itself that seems to validate the mental illness narrative. Specifically, it is my controversial opinion that the first-line treatments currently used for the mentally ill, namely psychotropic medications, may actually reliably perpetuate or even cause the symptoms that they are marketed to treat.

Yes, I know that’s a big claim to make, and one whose implications require further explanation and discussion. I intend to crack those open in future posts.

Meanwhile, I look forward to hearing your thoughts. 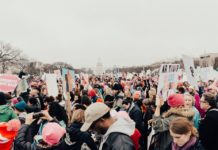 Collective Action Can Lead to Empowerment and Strengthened Relationships