I’ll start with a quote that’s often attributed to Senator Bernie Sanders, but apparently originated with Ted Kaczynski in his essay “Industrial Society and Its Future”:

“Instead of removing the conditions that make people depressed, modern society gives them antidepressant drugs. In effect antidepressants are a means of modifying an individual’s internal state in such a way as to enable him to tolerate social conditions that he would otherwise find intolerable.”

This quote raised some troubling concerns for me such as: Just how sad is our current state of affairs that it causes so much of the population to feel depressed and/or anxious? Just how much are these drugs changing the state of our society as a whole? Are the drugs desensitizing the population to the point that it will tolerate social conditions it would otherwise find intolerable? Are antidepressant drugs being viewed and used as an easy and fast solution to avoid societal responsibilities such as working towards building a better state of affairs? Are there selfish and subtle agendas behind their use?

One only has to do minimal research to find out from various data sources about the large number of the population that are on antidepressant drugs, both in America and abroad. The number of Americans who say they’ve taken an antidepressant over the past month rose by 65 percent between 1999 and 2014, a government survey had found (Mundell, 2017).1 In 2016, prescriptions for 64.7m items of antidepressants were dispensed in England, according to the most recent annual data from NHS Digital. This was 3.7m more than the 61m dispensed during 2015, making for an all-time high (Campbell, 2017).2 Increases in psychiatric drug prescriptions for children and adolescents have also been on the rise. Antidepressants are big business. It’s estimated that the global depression drug market will be worth $16 billion by 2020 (Baer, 2017).3

Is it “medically necessary” for all these people to be prescribed antidepressant drugs? Years ago, antidepressant drugs were usually only prescribed by psychiatrists who had mental health training. Today they are prescribed by general practitioners who have little or no mental health training at all. Many people are misdiagnosed and shouldn’t even be on the drugs. To make matters worse, people that start the drugs find that it’s very difficult to stop taking them, making for a prescription drug addicted population. Now we have a segment of people that were misdiagnosed who never should have been on the drugs in the first place.

We know that besides many other adverse side effects, antidepressants can have desensitizing, depersonalization and derealization effects on a person. Researchers have shown that commonly prescribed psychiatric drugs influence moral decisions in healthy people, raising important ethical questions about the use of such drugs (Tejas, 2015).4 Antidepressants make chemical changes to the brain. They are known to desensitize the 5-HT1A receptor in the brain. If antidepressants are modifying the internal state of so many individual people, then they are changing and influencing the population as a whole.

It seems that despite diverse and evolving psychological and counseling theories, one thing remains dominant to psychiatry as an institution: the medical perspective of understanding and treating psychological problems and behaviors. With regards to a “strictly medical” understanding and treatment of psychological problems, Jacobs (1995) said, “This state of affairs has achieved a position of dominance and respect in the mental health industry, based upon social forces operating within psychiatry as a profession and outside of psychiatry in the larger political-economic realm.”5

Our doctors and other prescribing health care “professionals” want to attribute biochemical causes to anxiety and depression. With the biochemical cause, antidepressants are the first chosen line of treatment, often with no questions asked! Is this “strictly medical” perspective a way of taking the focus off all the social and psychological factors that are making so many depressed and anxious? Blease (2014) says, “there is consensus in the scientific community that the causes of depression include social as well as psychological triggers (and not just biochemical ones).”6 Why are these triggers, more often than not, not being examined further? Instead of prescribing drugs, why not try to help empower people with some other healthy alternatives in areas such as nutrition, exercise and spirituality? I believe wholeheartedly what Spence & Reid (2013) wrote: “Improving society’s well-being is not in the gift of medicine nor mere medication, and overprescribing antidepressants serves as a distraction from a wider debate about why we are so unhappy as a society.”7 So, what about the psycho-social aspects of the person? These aspects are being overlooked and a person is being treated as though they have a chemical imbalance in the brain when there is no testing done to even prove such a claim. How is prescribing antidepressants from the biochemical standpoint going to help the condition when it was a social or psychological issue that caused it? Is prescribing the antidepressant seen as an easy fix? Would it take much more effort to address the real issues at hand?

“There is widespread concern of the over medicalization of mental disorders and the overuse of medications. Financial incentives and managed care have contributed to the notion of a ‘quick fix’ by taking a pill and reducing the emphasis on psychotherapy and psychosocial treatments. There is much evidence that there is less psychotherapy provided by psychiatrists than 10 years ago. . . . As we address Big Pharma issues, we must examine the fact that as a profession, we have allowed the biopsychosocial model to become the bio-bio-bio model. In a time of economic constraint, a ‘pill & appointment’ has dominated treatment. We must work hard to end this situation and get involved in advocacy to reform our health care system from the bottom up.” 8

It doesn’t look as if much has changed since 2005. The lack of health care reform alone is enough to make one depressed. Growing socioeconomic issues such as mass income inequality are causing more people to get depressed in America and abroad. Many people are depressed due to harsh working conditions. Some are depressed due to lack of education or access to it. Economic and political issues can cause extreme stress for people. For example, SSRIs were prescribed by doctors to the people of Argentina during a political and economic crisis. In this instance, the drugs were not given to treat a chemical imbalance in the brain or for a diagnosis of depression, but rather to treat the anxious citizens suffering from the political and economic unrest (Lakoff, 2004).9 The drugs were marketed by firms to the doctors here for a different agenda. Could the drugs also have been used to make the anxious population more tolerant of the political and economic situation?

Drugging a population to make them more accepting of certain social agendas and ideas is really not such a radical idea. A recent German university study suggested drugging a segment of the German population with oxytocin to help them become more accepting of migrants (Hurlemann, 2017).10 Some might say this is a good thing, for one to become more accepting, as the word can have various positive connotations that go with it. However, what about the ethical implications and subtle undertones?

Very often, many societal constructs within our healthcare system, economic systems, and justice systems can feel unfair to people. Some of these practices, whether they are indeed fair or unfair, can make people feel anxious, depressed, trapped, and even hopeless. An experimental study by Takahashi et al. (2012) discusses the relationship between 5-HT (serotonin) and the reaction of participants to unfair offers in a UG (ultimatum game).11 It was found that individuals with a low level of serotonin transporters in the dorsal raphe nucleus (DRN) could not tolerate unfairness and were candid in expressing their frustrations. It was also found that individuals with low 5-HT neurons in the DRN or low serotonin availability at the terminals are also more likely to engage in personally costly forms of retaliation. Individuals with high 5-HT neurons in DRN are more likely to accept any unfair offers. We know that many antidepressant drugs inhibit the reuptake of serotonin, thus increasing serotonin in the brain. Would this then be causing the people who are taking them to be more accepting of our current social constructs and less likely to do or say anything about them? Would they be less likely to engage in forms of retaliation against the state? Please note that I am not advocating for retaliation in terms of violent uprisings. I am referring more so to people being more likely to take action against certain social injustices.

I will conclude with a quote from the late Irish political theorist and philosopher Edmund Burke: “The only thing necessary for the triumph of evil is for good men to do nothing.” 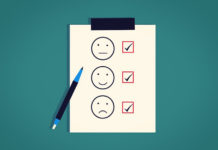 Recovering Emotions After 24 Years on Antidepressants 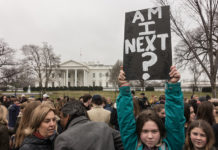 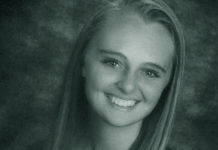