Edited excerpts from a speech delivered at the “Stop Shocking Our Mothers and Grandmothers” protest, Toronto, May 11, 2019

This year, more than 10,000 women will be electroshocked in Canada, at least half of whom will be in their 60s and older. As professor, antipsychiatry activist and feminist Bonnie Burstow has frequently pointed out, two to three times more women than men are shocked in Canada, as well as in the United States and elsewhere. This is a violent assault on women, triggered by misogyny, ageism and psychiatric lies, with the complicity of the Canadian and American Psychiatric Associations, the transnational drug companies (Big Pharma), and provincial and state governments. Yes, there is collusion between government, psychiatry, government, and the corporate media. A national and international crime and shame.

As an insulin shock survivor, antipsychiatrist and social justice activist, I am speaking out and protesting today to demand that psychiatrists stop electroshocking my sisters, including vulnerable elderly and disabled women. For more than 75 years — since the 1940s — Canadian and American shock doctors have targeted and permanently harmed hundreds of thousands of people, young and old. Predominantly male psychiatrists have fraudulently diagnosed as “mentally ill” (“bipolar,” “borderline personality” “schizophrenic,” etc.) women whom they have then forcibly shocked, traumatized and lied to. With their shock machines, psychiatrists have destroyed countless women’s memories, creativity, skills, careers and lives.

This violent psychiatric assault on women is not only continuing but actually increasing, ignored by the media and the public. I call psychiatry’s war against women’s brains and minds femicide and menticide: an intentional and criminal assault. Electroshocking women and the elderly is not new, but it’s getting more dangerous and outrageous as time passes. Consider the fact that, today, higher doses of electricity (in the range of 200-400 volts) are necessary to trigger the epileptic seizure that occurs during every shock session, because the seizure threshold is raised by the drugs whose use accompany ECT.

All health organizations, including Canada’s Neurological Association, deny or greatly minimize the common and permanent memory loss and brain damage suffered by thousands of shock survivors and others in Canada, the United States and other so-called free, democratic, humane countries. The silence of Canadian neurologists — obviously more knowledgeable about brain structure and function than the psychiatrists — is inexcusable and unethical.

In Toronto, as elsewhere in Canada, ECT patient consent forms at mental health centres and psychiatric facilities (including those run by CAMH — the Centre for Addiction and Mental Health) are unethical and illegal. Why? Because they seriously violate the patients’ ethical and legal right to informed consent. Informed consent in psychiatry is a myth and a lie — a cruel joke. Shock doctors routinely violate this ethical principle and moral imperative every day and every hour, in every psychiatry facility in Canada. For example, CAMH’s ECT consent form conspicuously fails to mention, never mind explain, such common risks and adverse effects as permanent memory loss, brain damage, and physical and psychological trauma. (These and other major health risks are listed in the detailed ECT consent forms issued in Texas, California, and Colorado, which specifically cite permanent memory loss and brain damage as common risks.)

In Canada, provincial and federal health ministers, as well as newspaper and television editors and producers, have willfully and shamefully ignored the increase of the use of electroshock on women and, in particular, on the elderly, our senior sisters. Over the last several years, they have never mentioned the vulnerability of women, the elderly and children, and the devastating impacts electroshock has had and continues to have on their health and lives. Nor do the media ever mention or criticize the well-known collusion of Big Pharma, including the sedatives (“tranquilizers”) and paralyzing drugs that accompany each “treatment.” Drugs such as succinylcholine paralyze the whole body, including the lungs. Shock patients wouldn’t be able to breathe without oxygen being medically administered during every procedure.

Psychiatry and Big Pharma collude in promoting electroshock, spreading lies like how “safe and effective” shock is and how it “prevents suicide,” despite the overwhelming lack of scientific evidence to support their claims. Cui bono? Who benefits? Not the patients, but rather Big Pharma CEOs and the shock psychiatrists who make (not earn) hundreds of thousands of dollars in annual fees.

As if brainwashed, the media repeat the lies about ECT as scientific facts. According to the vast majority of shock survivors and professional critics, including dissident health professionals, electroshock is not just trauma, but torture: an instance of cruel and degrading punishment. A similar concern has been expressed by United Nations’ Special Rapporteur Juan Mendez in his 2008 and 2011 reports to the Committee Against Torture. Yes, electroshock is torture, and it’s time all activists and investigative reporters and editors admitted this grim fact. (I don’t expect such honesty from psychiatrists.)

Electroshock has never been proved “safe and effective” since it was first introduced as a therapeutic treatment for “depression” and a deterrent to suicide in the early 1940s. Electroshock is based on psychiatry’s self-serving myths, lies, power, greed and sexism — not on any consideration of safety, scientifically proven effectiveness, or medical ethics.

Electroshock must be abolished now, not just in Ontario but across Canada, the United States, and the world. That has been the strong and consistent message of thousands upon thousands of survivors and antipsychiatry activists and allies for decades. In 2015, for example, many hundreds of shock survivors and their supporters — mainly women — organized and participated in anti-shock rallies and protests and panels in 30 cities in eight countries, where they repeatedly urged a universal ban. I’m proud to say that simultaneous protests were held in several Canadian cities, including Toronto, Montreal and Calgary. As usual, the brain-dead Canadian corporate media totally ignored this historic global resistance, just as they’ve ignored and failed to report the many protests put on by the Committee Against Psychiatric Assault (CAPA), including the current press conference and protest.

I urge you to stop for a moment of silence, as you think of all those women — it could be you, or your mother, your grandmother, your aunt, your niece, your wife, your sister — who have undergone or will undergo electroshock and suffer severe losses in memory, intelligence, special skills, creativity. Women too disabled by shock to pursue promising careers. Women who suddenly die after being shocked.

Although I have not volunteered to be a hunger striker, I fully support Connie Neil and the other hunger strikers. I very much hope their risky, courageous act of resistance against this psychiatric violence will attract the attention and recognition of Canadian media and public. It’s about time!

In closing, I want to assert a few charges against the shock perpetrators and their apologists.

I charge the Ontario government, other provincial and federal governments, medical schools, and Big Pharma with complicity and willful ignorance about electroshock, including their denial and lies about the memory-destroying, brain-damaging and traumatic effects of ECT, especially impacting women and the elderly.

I charge the Centre for Addiction and Mental Health with intentionally misinforming and deceiving ECT patients and their relatives by its failure to include common risks of electroshock in its consent and information forms.

I charge psychiatry with willfully ignoring or dishonestly minimizing criticism of electroshock and frequent demands to abolish or ban it.

I charge politicians and health ministers with willful ignorance, silence, and inaction about the many destructive effects of electroshock, as well as safe and effective community alternatives, including healing houses and accessible, 24/7 walk-in crisis centres.

I charge the corporate media with failing to report local, provincial, and state rallies, public educational forums, and protests against electroshock, including the 2015 global protest and demand for abolition, and with willfully ignoring or censoring criticism of electroshock — particularly its many scientifically documented health risks and adverse effects, including deaths — and their refusal to invite and interview shock survivors and other critics on their “balanced” and “impartial” programs.

On a more positive note. I urge all health professionals to listen to shock survivors’ criticisms of the abuses and human rights violations committed by shock doctors. So far, there have been almost no whistleblowers. However, I vividly recall reading about the firing of psychiatrist Jaime Paredes in Riverview Hospital, B.C., for daring to expose the disproportionate shocking of elderly patients. And I remember the firing of nurse Stacie Neldaughter, who lost her nursing license after she protested against the disproportionate number of elderly women shocked in a Wisconsin hospital.

I urge mental health professionals, medical students, interns and residents, and nurses to read personal testimonies, articles, and books by shock survivors and dissident professionals such as Bonnie Burstow, psychiatrist Peter Breggin and psychologist John Breeding. Most mainstream journalists, reporters, editors and producers have been brainwashed by psychiatry’s discredited medical model. They’re apparently incapable of critical and independent thought. Too many health professionals are in denial and are involved in a massive cover-up, just like the shock doctors and their lobbyists.

Every time a psychiatrist pushes the button on a shock machine, sending hundreds of volts into a patient’s brain, he or she violates the Hippocratic Oath that orders all doctors: “First, do no harm.”

It’s time we had class action lawsuits in Canada that directly and powerfully expose the destructive shock machines, as in the historic California shock case last year, in which the judge criticized the shock machine manufacturers (Somatics, Mecta, et al.) for causing permanent brain damage. It’s time the Canadian Psychiatric Association, shock mills like Toronto’s CAMH and other “mental health” centres and psychiatric facilities, and all shock doctors were sued for promoting disinformation, myths and lies; for denying brain damage and permanent memory loss; and for promoting lies about ECT’s alleged safety and effectiveness, including lies of omission and deliberate misinformation on ECT consent forms.

Yes — it’s time for class action lawsuits asserting that electroshock is torture, not treatment: a human rights violation that always causes harm. It’s time rise up and fight back, as the hunger strikers are doing today. Shock must be abolished. If not now, when? 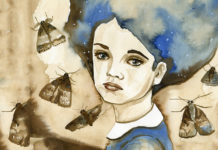 Against the Odds: ‘Unimproved Schizophrenic’ to Yale PhD 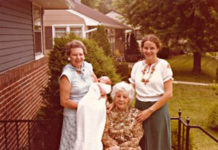 The Answers in the Attic: A Mother-Daughter Story of Overmedication and Recovery 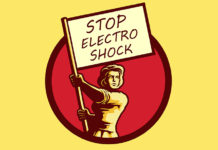 The “Time to Strike” is Now: A Call for Anti-ECT Activism