In a new theoretical paper, Dr. Sarah Kamens provides a thought-provoking account of the historical othering of schizophrenia. Drawing from multiple theories, she proposes a new way to conceptualize and understand schizophrenia that has the potential to subvert a classical diagnostic description. She argues that the pervasive understanding of schizophrenia renders it an unknowable experience justifying psychiatric expertise to clarify and intervene. However, the inherently “othering” description of schizophrenia that sustains psychiatric expertise also transforms experiences of distress into an object of study, entrenching dichotomies of being-in-the-world and exacerbating the very distress these theories are meant to resolve.

The paper, published in Theory & Psychology, includes a historical overview of the schizophrenia construct and suggests new ways of re-thinking dominant understandings of these experiences.

“I draw on the growing body of ‘social defeat’ research to consider the ways in which scenes of misunderstanding arise in zones of devastation, loss, and inequality. Finally, I raise the question of whether conventional clinical discourse about schizophrenia might produce the very social marginalization that appears to constitute psychotic experiences.” 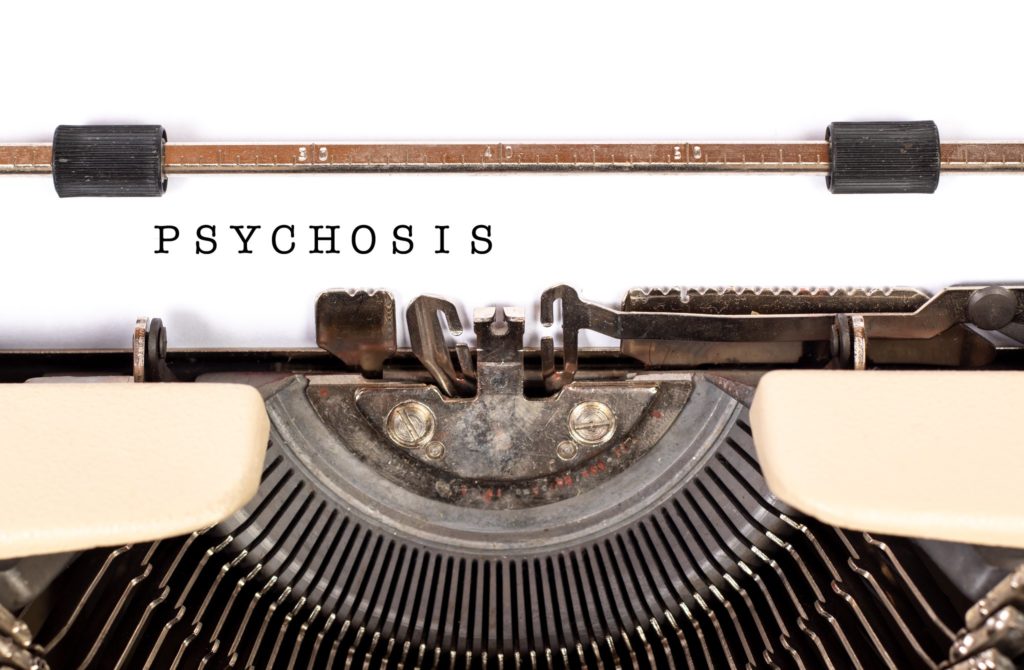 Kamens reviews the origin of the schizophrenia construct, tracing it back to the Kraepelinian system that described distress as objective disease entities. The focus was placed squarely on the prediction and treatment of illness, fitting the zeitgeist of the German psychiatrist’s clinic in the early 20th century.

Modern-day symptoms of schizophrenia were understood then as dementia praecox, or “early dementia.” Symptom presentations were viewed as uniquely decipherable through the physician’s expertise and yet, schizophrenia nevertheless remained obscure. Physicians could not confidently locate the origin and treatment of the perceived disease.

Nevertheless, they maintained that schizophrenia was a disease. The hallmark of schizophrenia became its enigmatic features, Kamens writes:

“In other words, the core feature of the diagnosis was its mysterious irreversibility, a predeterminism that trumped the efforts of the most industrious psychiatrist.”

Kamens argues that this description of schizophrenia positioned it as inherently “other” relative to health, longevity, and even the physician’s expertise. In 1911, Eugene Blueler, inspired by both Freud and Kraepelin, popularized the term “schizophrenia.” At this time, it was understood to represent a psychological “splitting,” characterized by hallucinations and delusions. However, these were seen as “accessory” elements that, rather than relating to the disease process, represented individuals’ responses to internal conflicts or the environment.

Throughout history, the construct of schizophrenia took on a vast range of meanings and conceptual shifts and there was a lack of consensus across various theories. Theories put forth ranged from schizophrenia as a form of narcissism to one of individual foreclosure related to their surrounding “symbolic order.” Moreover, professionals were divided on the opinion of whether or not those with schizophrenia were “analyzable” or “unanalyzable.”

The most recent and dominant iteration of schizophrenia in the psychiatric community exists in the fifth Diagnostic and Statistical Manual of Mental Disorders (DSM-5). Here, an underlying cause of schizophrenia is not identified. Rather, it is described as the mere presence of symptoms within five domains: “delusions, hallucinations, disorganized speech, disorganized behavior (e.g., catatonia), and negative symptoms (e.g., anhedonia, avolition, alogia).” Kamens explains that although this construct lacks both a coherent, overarching description and substantial evidence to support causal biomarkers, professionals are not dissuaded from the pursuit to locate biological underpinnings.

“Although DSM-5 does not identify an underlying or overarching disturbance, the implicit presumption is that explanatory biological substrates will eventually be discovered through research based on its diagnostic taxa.”

Amid the ever-changing definitional components to a schizophrenia construct, Kamens argues that there has been one consistency: that it is mysterious and other.

“Thus, although the nosological contours of the schizophrenia concept changed drastically over time, its conceptualization as a medical and scientific enigma has remained consistent. Historically, in other words, schizophrenia has been a signifier for something unintelligible—an ineffable other—at the core of psychiatric research and practice.”

In this way, the construct was positioned as outside the realm of reason or tolerability thereby justifying clarification and intervention. Even qualitative researchers and phenomenologists, such as Karl Jaspers (1913/1963, 1912/1968) rendered schizophrenia “ununderstandable.” However, Kamens traces back a movement to phenomenologically understand schizophrenia as psychological, meaningful, and intelligible to the late 20th and early 21st century. This sentiment was featured in the work of psychiatrists, clinical psychologists, and other philosophers including R.D. Laing and Louis Sass.

Kamens also highlights numerous other discourses, particularly those rooted in perspectives of individuals who have received a schizophrenia diagnosis. Service-user movements such as the Hearing Voices Network (2015) and the Icarus Project (2015) provide alternative understandings of psychotic experiences, including their diversity and their meaning and potential value as not always negative. A British Psychological Society (BPS) task force has concluded that:

“There is no threshold or clear division between psychosis and other human thoughts, feelings, and behaviors; in fact, according to the report, psychosis can be both comprehended and addressed in the same way as other psychosocial challenges such as sadness, nervousness, fear, and shyness.”

Other research has highlighted the commonality of experiences that would otherwise appear to fall under the umbrella of “schizophrenia,” appearing to dismantle a normal-abnormal dichotomy. Moreover, research on outcomes demonstrates that individuals with this diagnosis do indeed “recover” or go on to pursue lives that are meaningful and fulfilling to them.

“So,” Kamens asks, “why do classical notions about schizophrenia-as-ineffable-and-enigmatic persist despite this new evidence and discourse?”

She goes on to discuss possible reasons for this, beginning with psychiatry’s own incentive to establish professional legitimacy. Given that the field’s identity is shaped around a mission to scientifically clarify the obscure, psychiatrists are tasked with developing causal explanations for distress.

This ultimately situates psychiatrists as the experts who can also provide the accompanying, purportedly medical, treatment. Through this, a dynamic is set up in which schizophrenia becomes a fitting object of study that enables psychiatrists to maintain their claim to professional expertise. In other words, so long as schizophrenia is portrayed as an elusive entity that is effectively othered, psychiatry’s professional identity is sustained.

In addition, Kamens deconstructs the complicated dynamics of the clinical encounter that may lead to situations in which “those with lived experience of psychosis sometimes participate in the rendering of their own experiences as illegible and ineffable.” She goes on to write:

“For some, radical alienation may serve a protective, even adaptive function. Indeed, for those living under the description of a psychotic disorder, attempts at ‘intervention’ by mental health professionals might be experienced as quasi-empathic, patronizing, and/or colonizing.”

“Support for the social defeat hypothesis comes from increasing evidence that some of the most robust risk factors for schizophrenia are structural; examples include homelessness, migration, segregation, income inequality, urbanicity, and childhood trauma.”

In this way, social defeat theory works at the intersection of social, psychological, and biological understandings of schizophrenia instead of continuing to pit them against one another. The biopsychosocial nature of this theory recognizes that a person’s biology is affected and influenced by experiences of social marginalization and harm. These diverse facets of a person are integrated into understanding their being in the world.

However, Kamens points out that social defeat theory has yet to integrate the phenomenological research that has explored lived experiences of psychosis. In addition to this, the impact of social marginalization has been underacknowledged. Kamens takes a novel approach and draws on social defeat theory alongside these underutilized considerations around social/structural etiology and phenomenological research to propose a way to de-other schizophrenia.

“I will suggest that social defeat theory might be relevant not only to our phenomenological and historical understandings of psychotic experiences, but also to our understandings of the mental health discourses that frame them.”

Kamens analysis becomes a compelling deconstruction of the ways in which the experience of being treated as “ununderstandable” becomes the condition that creates psychosis. The reaction of the observer to consider that person’s experience as ineffable and unknowable serves to entrench that separation even further.

“If this is the case,” she writes, “it becomes important to reconsider not only the historical tradition of viewing schizophrenia as unknowable, ineffable, and sublime, but also the conventional dichotomy between ‘understandability’ and ‘ununderstandability’ that has characterized phenomenological discourse about schizophrenia since its inception.”

“As a countertransference phenomenon, the psychiatric codification of this ‘ununderstandability’ is not a malicious or even intentional marginalization of persons living under the description of the schizophrenia diagnosis. Instead, it is an all too-human response to the experiences of social marginalization, a reaction that—rather than creating reparative possibilities for social inclusion and understanding—unintentionally recreates the original othering in techno-clinical, institutionalized form.”

Kamens’ approach draws from Robbins, Karter, and Gallagher’s (2015) work on “narratives of differentiation,” a process that allows for the scapegoating of individuals in a way that reifies stigmatizing beliefs about social difference.

“It follows that the project of de-othering schizophrenia might not be one of documenting and accepting the ineffability of psychotic experiences, but rather a project of truly understanding—and then dismantling—the very scenes of social exclusion that produce and reproduce them. It is a project of acknowledging that while the structural disparities and worldly devastations that heighten psychosis risk may be ununderstandable, human reactions to them are not.”