Editor’s Note: Jean expressed her wish to have Angela, her friend and fellow sufferer of benzodiazepine injury, share her story for her. 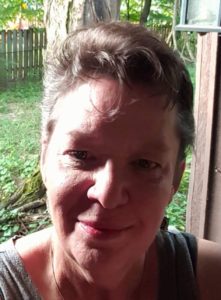 July marked the fourth annual World Benzodiazepine Awareness Day, when thousands of people from all corners of the world shared their advocacy efforts and stories of harm here at Mad in America and on social media using the hashtag #WorldBenzoDay. But raising awareness of the many problems with this class of drugs is an ongoing effort. Following is a story about my friend Jean, who was harmed by a benzodiazepine and is now fighting a legal battle against the medical professionals and institutions that have cost her her health, her assets, and her job—and almost cost her her life. Jean’s story illustrates many of the common experiences faced by iatrogenically injured patients and their aftermath.

Jean was an executive chef who’d owned her own catering business for more than 27 years. In June 2015, her mother noticed she had gained weight, so Jean made an appointment with a nurse practitioner (NP). The NP performed a full exam and diagnosed Jean as being in alcohol withdrawal, despite that it had been weeks since she’d had a drink and even though she’d reported no tremors, headaches, anxiety, or other classic withdrawal symptoms. Although there were no exam findings consistent with withdrawal, Jean’s NP prescribed her 20 mg of the benzodiazepine Librium and urged her to take it “because alcohol withdrawal can cause seizures and death.”

Jean was never warned about the drug’s potential to cause physical dependence or the subsequent withdrawal effects that can result from the long-term prescribed use of Librium, nor was she counseled on an exit plan for how and when to stop it. So she was unprepared for what would happen next.

Taking the Librium, Jean felt “weird and off.” Yet at a follow-up appointment, the NP increased her dose to 30 milligrams. Jean soon realized the Librium was changing her personality for the worse. So she decided to taper off the drug, but cutting a third of her dose resulted in withdrawal symptoms were so severe that her life and health quickly spiraled out of control. A week later she was fired from her job. During this time, Jean returned to the NP’s office repeatedly requesting help, but her calls were ignored.

One morning, Jean fell and hit her head on the kitchen counter. After coming to, she was temporarily paralyzed—she could not move or call for help. She lay there for hours until finally able to get up. When she arrived at the ER, her heart rate was 200 beats per minute and her blood pressure was 195/127—crisis range. She was admitted to the hospital. Not one doctor recognized that the recent dose reduction of Librium could be responsible for her symptoms. Instead, she was diagnosed with supraventricular tachycardia (SVT) and told that heart surgery might be in her near future.

In February 2016, Jean halved her dose of Librium again, resulting in severe withdrawal symptoms and another two transports to the ER via ambulance. Again she insisted that it was the medication causing the extreme reaction. “My lips were moving, but no one was listening to me,” she recalled. Instead of addressing the withdrawal symptoms, doctors scheduled her for cardiac ablation surgery, which was performed in March 2016. It was not successful in resolving any of her symptoms.

Let’s be clear: Jean was not addicted to Librium. She wanted off immediately, but abrupt cessation is dangerous, sometimes deadly. Jean lacked guidance around tapering— counseling about the symptoms she should expect and support for the tapering process— which can be extremely difficult for many people. The gap in deprescribing care for benzodiazepines, (when a patient is medically supervised and slowly tapered off a medication) has mostly been filled by online groups of lay people in the same situation, who help one another in the withdrawal and recovery process.

On June 5, 2016, Jean took her last 10 mg of Librium. By June 10, she described her mental state as “psychotic.” Her acute withdrawal symptoms included left-sided numbness, repeating aloud that she had been poisoned and was losing her mind, confusion, and an inability to stand up, walk, or think. Alarmed by her speech and behavior, her daughter called 9-1-1.

Again Jean was taken by ambulance back to the same hospital. Again the possibility that the Librium withdrawal was causing any of her symptoms was not considered or discussed. The situation quickly degenerated further when three police officers transferred Jean to a psychiatric ward, where she was to be held involuntarily for 24 hours. Finally, the admitting doctor conceded that acute benzodiazepine withdrawal was likely the problem. Jean was quickly released but provided no supportive care.

During Jean’s short stay in the psychiatric ward, her sister discovered the Ashton Manual, the drug research, tapering, and support manual created by Dr. Heather Ashton. Acting as her advocate, Jean’s sister requested hospital administrators refrain from prescribing Jean any more medications. Jean skimmed the Ashton Manual herself, where she discovered an explanation for every symptom she’d had. Just as she’d suspected, they matched those she’d experienced during her exposure to the benzodiazepine Librium. On Facebook, Jean found multiple support groups filled with countless people with stories similar to hers.

Three months off Librium, still deep in distressing neurological symptoms, Jean was diagnosed with a small stroke. She had violent thoughts about suicide and was afraid to leave her house, fearing she would hurt other people. Jean had never been violent, never touched a gun, or even spanked her child. She also experienced intense stabbing pains in her face, feet, heart, and hands. Her sister had groceries delivered to her because she struggled to feed her pets, let alone herself.

Acute withdrawal lasted eight months. Jean barely slept. She developed akathisia, a movement disorder characterized by an inability to stop moving, internal restlessness, and more suicidal and homicidal thoughts. Since she couldn’t stop moving, she sometimes danced for 20 hours a day until she collapsed from exhaustion.

During the first two years off Librium, Jean kept a journal and counted 81 symptoms of nervous- system dysfunction during this period. Before taking Librium, Jean had been healthy. Now laboratory and imaging tests documented major changes in her brain and bodily functions that had previously been normal. She’d gone from being a successful businesswoman with excellent health to not being able to leave her house, work, or take care of herself.

In her eighth month off the drug, Jean began researching everything she could get her hands on about benzodiazepines, malpractice litigation, and state law in Indiana, where she lived. She estimates she did 10,000 hours of research, collected 30,000 pages of writing in 25 notebooks, and possesses 10,000 index cards covered in notes.

Jean requested all of her medical records from every doctor and hospital she had been to for her benzodiazepine-related problems, discovering notes in her files that misattributed her symptoms to psychiatric disorders. One such diagnosis was “undiagnosed, lifelong bipolar disorder,” a condition whose DSM criteria she has never met.

As a direct result of her benzodiazepine injury, Jean has lost her previous good health, her 40-year career, and the home on which she had been paying a mortgage for more than 20 years (her only source of retirement money). She recounts that through this process, she has been given 28 different diagnoses and accrued hundreds of thousands of dollars in medical bills.

Jean then began building her legal case and crafting arguments. She met with 40 lawyers, all of whom declined to represent her. One attorney told her that “she would be worth more money if she was dead.” So she wrote to the American Civil Liberties Union and attempted to hire Dr. Peter Breggin, known for his groundbreaking work in helping patients harmed by commonly prescribed medication, but was unable to afford the services. One of the biggest helps she found was a book called The Practical Guide to Everyday Law, which she bought for $4.49 at a used bookstore.

Jean then researched the lines of defense used in malpractice cases to determine what she would be up against. Angry at the injustice she’d faced, she decided to file a complaint with the Indiana Department of Insurance (the first step in mounting a medical malpractice case) two days before the expiration of the statute of limitations. She filed complaints against the original prescriber, the doctors in the emergency rooms, and one hospital.

One of the ironies of her case is that Jean lives with severe cognitive difficulties caused by nervous system dysregulation created by the drug (Librium) she never should have been prescribed in the first place. Because of her symptoms, when the defense lawyers filed a motion for discovery (seeking evidence from the plaintiff) Jean could not handle the many tasks and statements required by the court’s imposed deadline. Jean argued that the court should not punish her for the same reason the case was filed—her iatrogenic brain injury—and a sympathetic judge granted her an extension.

Jean’s case was then forwarded to the Indiana Medical Review Panel, the second step in the malpractice-case process. The panel is composed of three physicians who must assess the doctors’ and hospital’s actions as they pertain to Jean’s treatment. This process is ongoing, and Jean still has to face many months of bureaucratic procedures before she can file a malpractice lawsuit. These multiple steps, combined with her cognitive and physical disabilities and lack of resources to pay for legal help, make it nearly impossible for her to manage this process.

Jean’s story may sound extreme, but it illustrates the many barriers to care and justice that patients with benzodiazepine injury endure. Her story is like those of thousands of others who have shared their stories all over the internet. They follow a similar trajectory: First, a symptom brings a patient to a doctor’s office, where they are given a seemingly innocent prescription without informed consent. Next, their physical and mental health deteriorates, without medical personnel ever connecting the dots to the prescribed benzodiazepine. What often follows are a misdiagnosis, polypharmacy, thousands of dollars in unnecessary medical testing, psychiatric holds, severe withdrawal syndromes with no medical validation, barriers to justice for medical negligence, and no support during the healing process.

The layperson withdrawal community currently stands as the only support system for patients like Jean. It is time that we face this silent epidemic of people who have been iatrogenically harmed by taking their benzodiazepines as prescribed. The social, economic and personal costs are multiplying daily.