A new article, published in European Neuropsychopharmacology, compiles mounting evidence linking the food we eat and our moods and mental health. The article explores the emerging field of nutritional psychiatry that is increasingly finding evidence of a strong association between a poor diet and mental health issues such as mood disorders and depression. While this field of research is still emerging, initial findings are promising and suggest that nutrition may be an essential part of any approach to preventative mental health.

“The composition, structure and function of the brain are dependent on the availability of appropriate nutrients, including lipids, amino acids, vitamins and minerals. It is therefore logical that food intake and food quality would have an impact on brain function, which makes diet a modifiable variable to target mental health, mood and cognitive performance. In addition, endogenous gut hormones, neuropeptides, neurotransmitters, and the gut microbiota, are affected directly by the composition of the diet,” write the researchers, led by Roger Adan, a physician and researchers from the University Medical Center Utrecht in the Netherlands.

While the link between physical health and nutrition has been long accepted, some are now suggesting that addressing nutrition may be a useful option approach for treating and preventing mental health challenges as well. Even as most research on the association is still emerging, initial data on the influence of nutrition on depression suggest a strong link. The researchers suggest that addressing nutrition may not be a standalone treatment for all mental health conditions. Still, that nutritional approaches should be an important part of a holistic treatment approach.

The current article highlights several systematic reviews and meta-analysis that demonstrate a reduced likelihood of depression with adherence to diets high in fruits, vegetables, fish, and whole grains. Further studies have shown similar reductions in depression and improved wellbeing with adherence to the Mediterranean Diet, and others have linked diets high in refined sugars and saturated fats to increased hyperactivity.

The authors highlight the emerging field of nutritional psychiatry, which was born from these promising findings. The field examines diets for specific mental health concerns as well as overall wellbeing. For example, the article discusses studies that found individuals with disorders such as Attention Deficit Hyperactivity Disorder (ADHD) and Autism Spectrum Disorder (ASD) may benefit from rigorous elimination diets. Such studies have demonstrated a reduction of up to one-third of symptoms for children with ADHD.

While the field continues to understand the role of nutrition in mental health, more research is needed to grasp the full effect. “Current epidemiological data on nutrition and mental health do not provide information about causality or underlying mechanisms… Nevertheless, several studies have reported strong correlations between a healthy diet and mental well-being, which can help to inform future recommendations on diet,” write Adan and the team.

The purpose of the current article is to highlight promising findings and encourage more research to continue understanding the benefits nutrition may have on mental health. “Clear associations between diet and cognitive and mental health in adulthood have been established, but at present, we lack a detailed understanding of the metabolic and cellular mechanisms that underpin these associations.”

This article, as well as ongoing research on nutrition’s effects on mental health, may bring attention to the potential for preventative mental health care at the policy level. The authors also provide a tool that can be used to empower individuals to know more about the connections between their mental health and what they consume. The authors conclude:

“Improved mechanistic understanding of how nutrition affects mental health and cognition will guide the development of new nutritional interventions and evidence-based advice that will promote and maintain brain fitness throughout life. The promotion of dietary habits that lead to better mental health, and the identification and validation of critical individual nutritional components, will improve sustainability in our healthcare systems and reduce the economic costs associated with poor mental health and cognitive decline.” 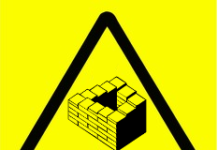 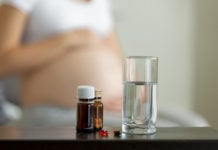 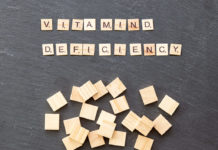