In a chapter titled “Gender, Depression, and Emotion: Arguing for a De-colonized Psychology,” scholar-activist Bhargavi Davar investigates how narrow conceptions of emotions in the West have led to the medicalization of depression, the imposition of ineffective approaches to mental health throughout the Global South, and the pathologization of women’s experiences worldwide.

Davar is a philosopher and social science researcher as well as a psychosocial disability activist. She is an international trainer in the Convention on the Rights of Persons with Disabilities (CRPD), an editor for Mad in Asia-Pacific, and the founder of the Bapu Trust for Research on Mind and Discourse in Pune, India.

Depression remains one of the most commonly diagnosed ‘mental disorders’ in the United States, and the first line of treatment is antidepressants. There are significant criticisms that have pointed to the severe and debilitating long-term withdrawal effects, and the dubious ineffectiveness of these treatments, yet they remain popular.

In the last two decades, psychiatric intervention has crossed national and cultural boundaries through the rise of the Global Mental Health Movement, which insists that the Global South needs immediate access to psychiatric care. The availability of psychotropic drugs is considered essential to this treatment despite critics vehemently arguing the legitimacy of this “treatment gap,”  and the validity of using universal psychiatric labels cross-culturally.

Bapu Trust in India is one such site of resistance, which has repeatedly fought against culturally insensitive and physically intrusive approaches. India has a long history of psychiatric interventions built from the time of the 200-year long British colonial rule. Most of these interventions are not responsive to the realities of life in India, such as caste discriminations, gender dynamics, and local healing practices.

In this book chapter, Davar argues that psychological understandings of emotions are premised upon Western values and ethics. Thus, they are often useless or even harmful, especially when used for interventions in the Global South. She suggests that emotions should not be viewed as primitive responses to pressing issues, but rather as important and useful ones.

She particularly points to depression, which, while understood as an emotional (mood) issue, is still treated as a physiological one. To this end, she seeks to overturn three colonial claims about emotion: emotion is universal, individual, and mental (exists inside us). Instead, she insists that emotion is local (specific to certain areas), communal (not at all internal but a shared external experience), and embodied.

In response to criticisms of the Global Mental Health Movement, many psychiatrists have acknowledged that depression is connected to socio-economic factors (poverty, domestic violence, disadvantage at work, etc.). But Davar insists that they still fail to treat it as a socio-economic problem and instead revert to “chemical cures (antidepressants), and colonial cures (segregation and restraint).” Others, such as researcher Lisa Cosgrove, have similarly criticized the lip service offered to socio-economic factors while treatments remain strictly physiological.

Davar notes that the psychiatric system has used depression (also hysteria, in the past, and, more recently, PMDD) to dismiss legitimate, external problems of women. Vaginal discharge, ‘genital complaints,’ menstrual issues, chronic fatigue, etc. are all physical maladies that have been used as the basis for the diagnosis of depression in women. The embodied and social nature of women’s emotions and experiences are reduced to psychological language and treated as a pathology.

In other words, these complaints, specifically from women, are recoded as bodily markers of underlying depression. Simultaneously, indigenous healing spaces and practices which used to provide relief, have been secularized and demonized. She writes:

“Depression may not be a state of abject victimhood. But neither is it a state of total agency and empowerment. It is a state where a woman protests her (bodily, social, and spiritual) circumstances…”

The assumptions that Western psychology makes about emotions reveal that they are rooted in Western philosophy and ethics. This includes understanding emotions to be internal, pre-verbal, chaotic, and opposed to reason. In the case of women, emotions are often seen as a failure to reason and as “a dark and dangerous sibling of thought.”

Emotions are commonly understood to be object-oriented—always about something. Different psychological theories still hold similar assumptions about them. For example, cognitive therapy attempts to bring dysfunctional emotions under reason, and existential thought often focuses on their “thereness” and the feeling/purging of the same.

These theories often have a looping effect wherein women begin to understand and experience themselves as more emotional. Since emotional expression is itself problematized as pathology, this has significant implications.

These narrow understandings of emotion and the subsequent pathologizing of affect are in direct contrast to the way that emotion is traditionally understood and experienced in India. Davar uses folklore, literature, and myth to exemplify the social, embodied, external, and communal nature of emotion—especially amongst women.

These women undermine the idea that emotions are weak, useless, and pathological.

Davar insists that, in contrast to Western ideas and psychological theory, Indian understandings and experiences of emotions are not individual, but communal. They are both expressed and experienced at an inter-connected community level with others around as participants. Emotions have a public, contagious, and physical quality to them, and they function to bind people together.

She notes that psychological theories have fostered academic imperialism and played a part in individualizing and medicalizing emotions in the Global South. Other prominent researchers have similarly pointed to Western psychology’s failings and epistemological violence when it comes to theorizing and intervening with a socio-centric rather than an egocentric sense of self.

Davar suggests that, while the West is beginning to pay attention to the role of community in psychology and the role of bodywork in trauma, many non-Western traditions have been doing this for a long time. Spaces such as healing temples or dargahs in India are an example, but these practices have had largely been dismissed and derided by the Movement for Global Mental Health.

She further writes that an emphasis on the verbalization of experience in psychotherapy often leads to a focus on individual differences. Conversely, a focus on embodied and communal interventions attends to group connectedness.

Davar argues that it is essential to expose the colonial legacy of our understandings of emotions and the resultant pathologizing of depression, writing:

“The emotions that underlie depression are those that contribute positively to experiencing sensitivity to our social and spiritual connectedness, to nature and our cherished relationships.”

Davar concludes that Western medicine should integrate more traditional approaches in its treatment and understanding of depression, particularly in allowing for the performance of emotion through shared ritual behavior. 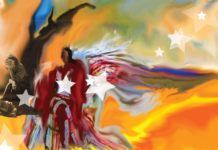